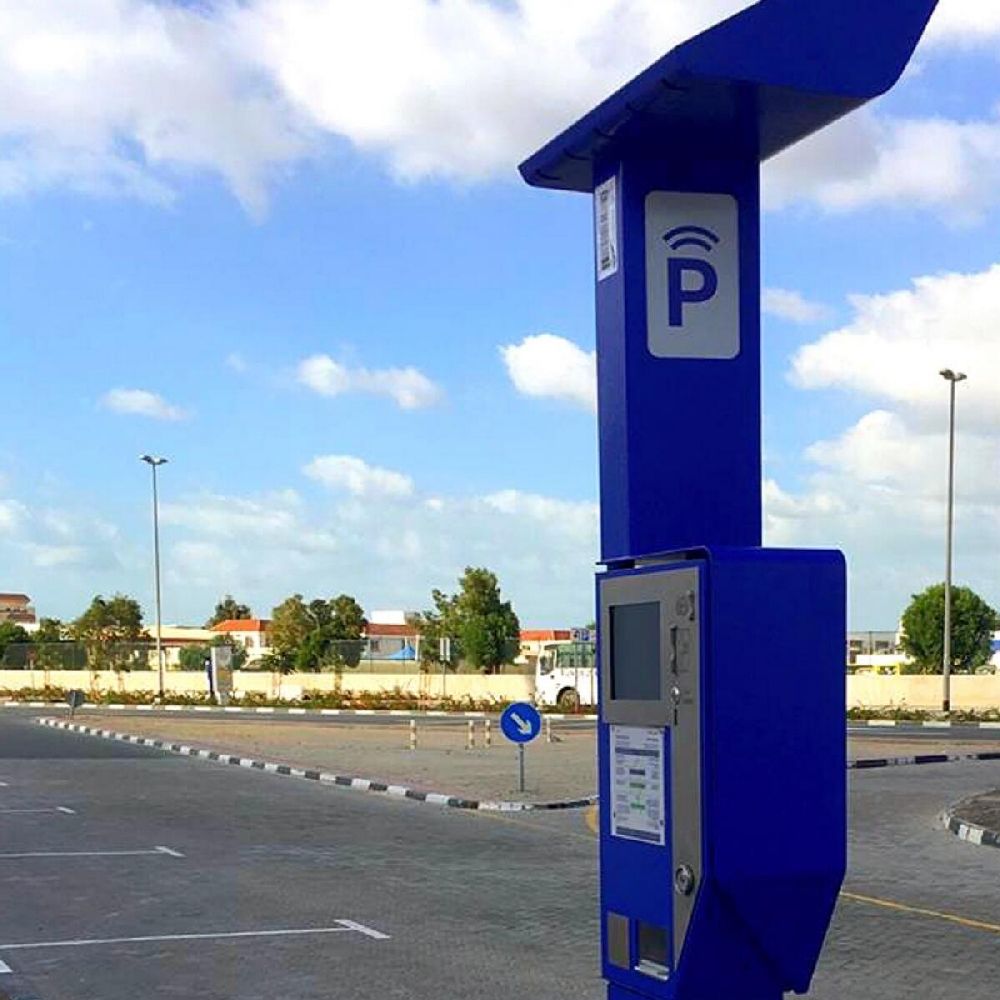 All public parking will be free of charge from Thursday December 1 to Saturday December 3, according to an announcement made by Dubai’s Roads and Transport Authority. The rule will not apply to multi-level parking terminals.

Revised service timing applies to customer happiness centres and paid parking zones. Parking in Dubai on Sunday is already free, due to the new revised weekends.

Buses will run on December 1 to December 4 from 6am to 1am the following day.

The current Intercity routes are in operation: 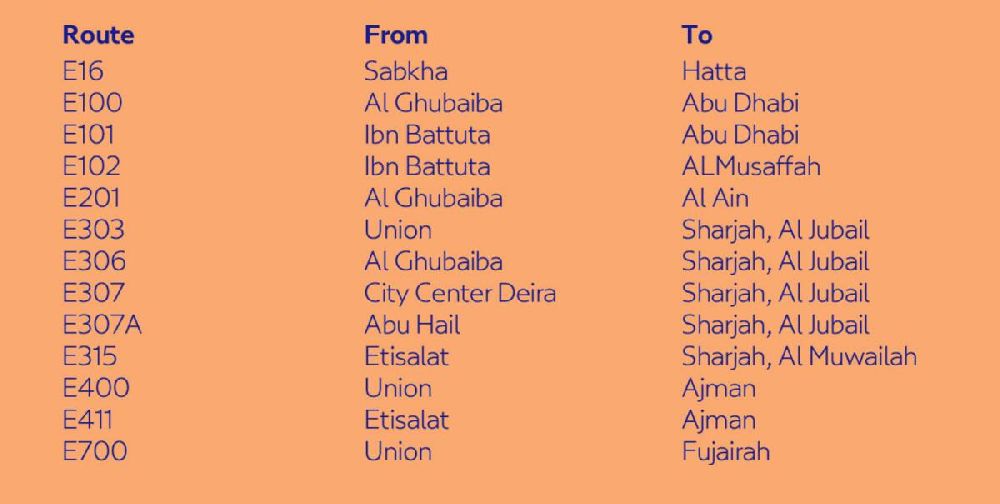 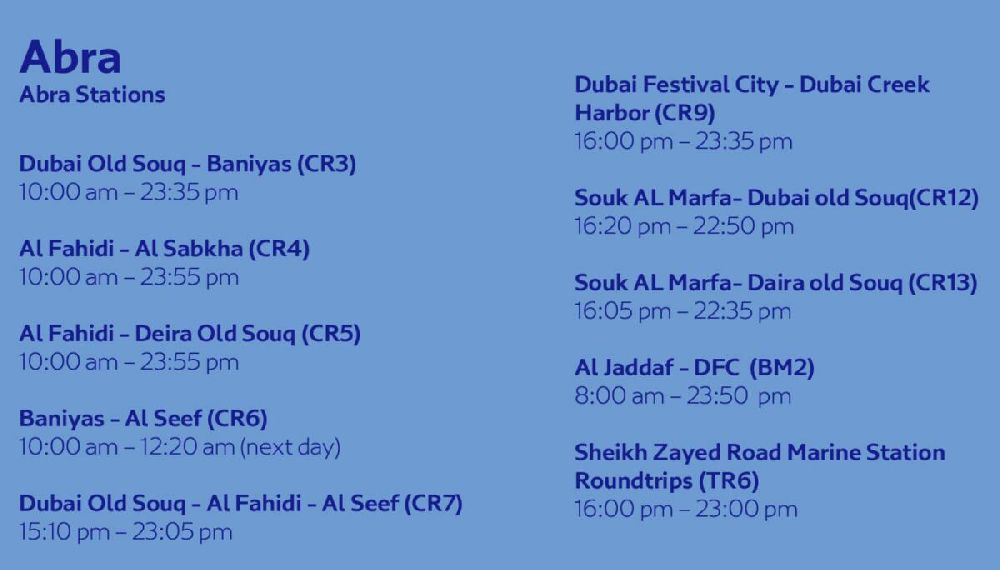 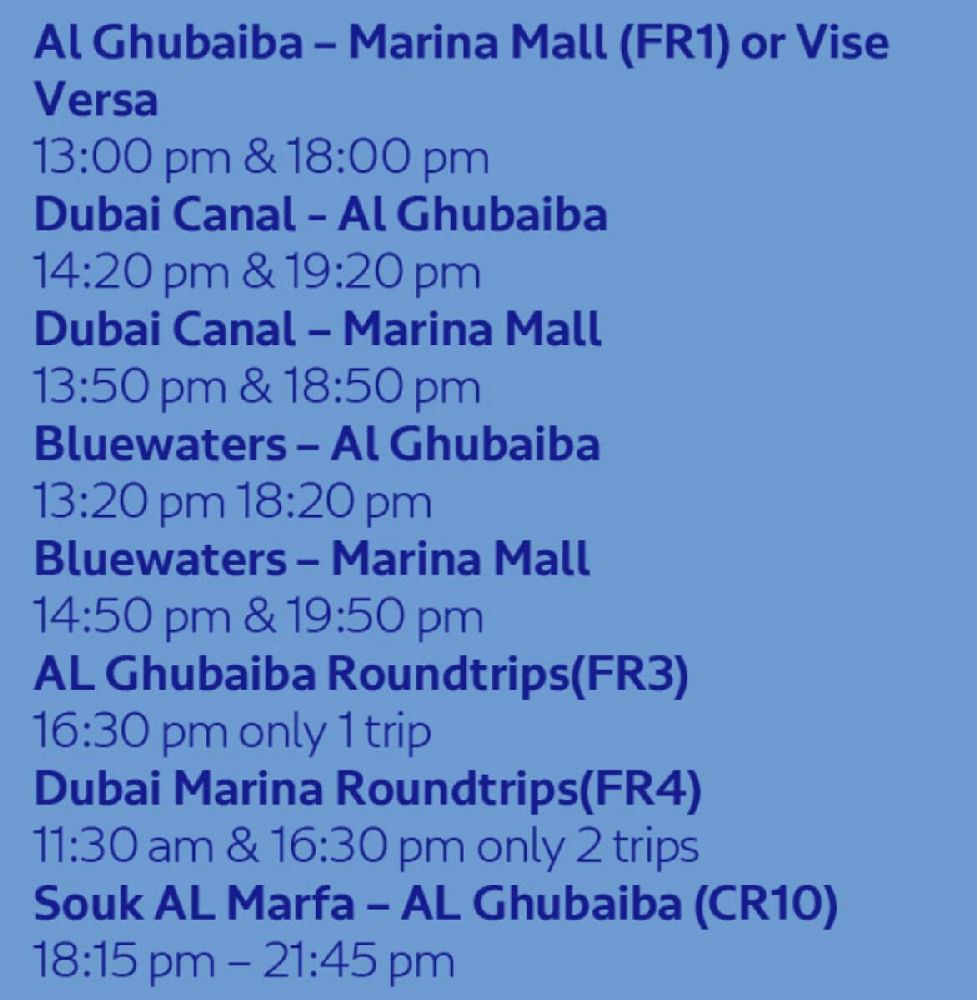 The water taxi will operate based on demand from 3pm to 11pm.