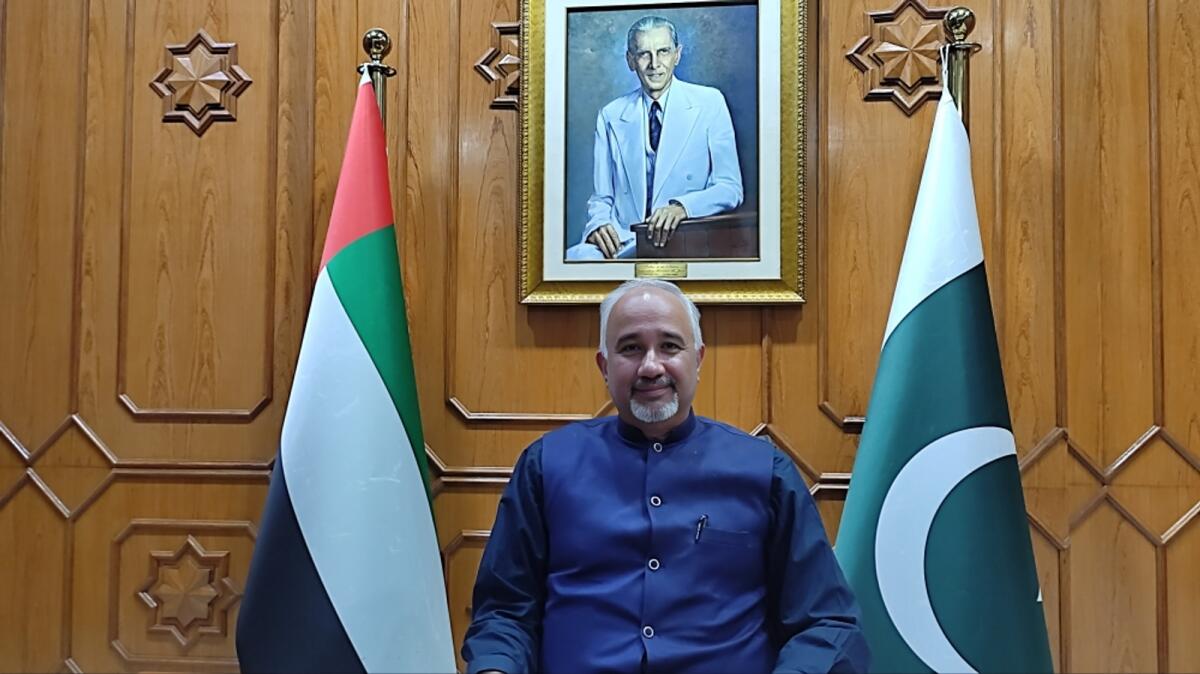 Pakistan’s new Ambassador to the UAE aims to work for the welfare of the 1.6-million-strong expat community, expand cultural ties, boost bilateral trade and cooperate on climate change goals.

“New Year always brings new hopes and promises,” Faisal Niaz Tirmizi told Khaleej Times. “My number one aim is to serve the community and improve the services offered to them.

“Number two is to promote trade. And number three is to expand the rich cultural and civilisational heritage of Pakistan in this part of the world. These are the three main objectives that I am working on. And you will see that we will have more presence in all three fields: counsellor, cultural and trade.”

Tirmizi, who joined as Pakistan’s new envoy on October 30, last year, has met the expat community a few times in Abu Dhabi and Dubai and hosted a Christmas event at the embassy.

“I’m planning to go and meet the community wherever they are. I believe that the embassy and I can play the role of facilitator. That’s what we are all about. We can provide them a platform where they can meet, work together and foster better economic, political and social interaction with other communities here because that’s the beauty of UAE. It’s a pluralistic, multicultural, multi-faith, community.”

Tirmizi is looking to bolster the usage of social media platforms in a bid to reach out to as many people as possible.

“Social media platforms of the Embassy and Consulate are quite active. In today’s world, that is where people have stopped. I belong to another generation. I still like to read books and newspapers. I love the smell of it. I can’t have my breakfast if I don’t read a newspaper, but my children get all the news from social media.”

Tirmizi has held meetings with heads of the Chamber of Commerce and Industry in the emirates of Abu Dhabi, Sharjah and Ajman and hopes to meet others in the first half of this year.

“I find a lot of interest in these chambers. We already have a significant trade between the two countries. It’s almost $11 billion, but it’s mostly oil-based.”

He underlined that Pakistan’s focus is on the diversification of cooperation into non-oil sectors.

“We want to diversify. It is very important. It should be a more diversified trade. We will be working more on non-oil sectors. That would be another objective during my stay here.”

Pointing out the impact of the ‘biblical’ floods in Pakistan, Tirmizi underlined that Pakistan will play a key role in ensuring success of COP28 to be held in the UAE later this year.

“Most countries of Asia are basically not contributing to the release of carbon, but we are suffering the consequences. What happened in Pakistan last August, the UN secretary-general said, was ‘monsoon on steroids’. We will be working very closely with the UAE to make sure that our common objectives of reducing carbon emissions are met during the next COP28.”

On a closing note, the ambassador wished for a 2023 of positive outcomes for everyone.

“May this year bring more peace, love, brotherhood amongst this world. May our world be a better place where we can share the benefits of development and happiness, individually, with our families and communities. After all, we all share one planet,” Tirmizi added.