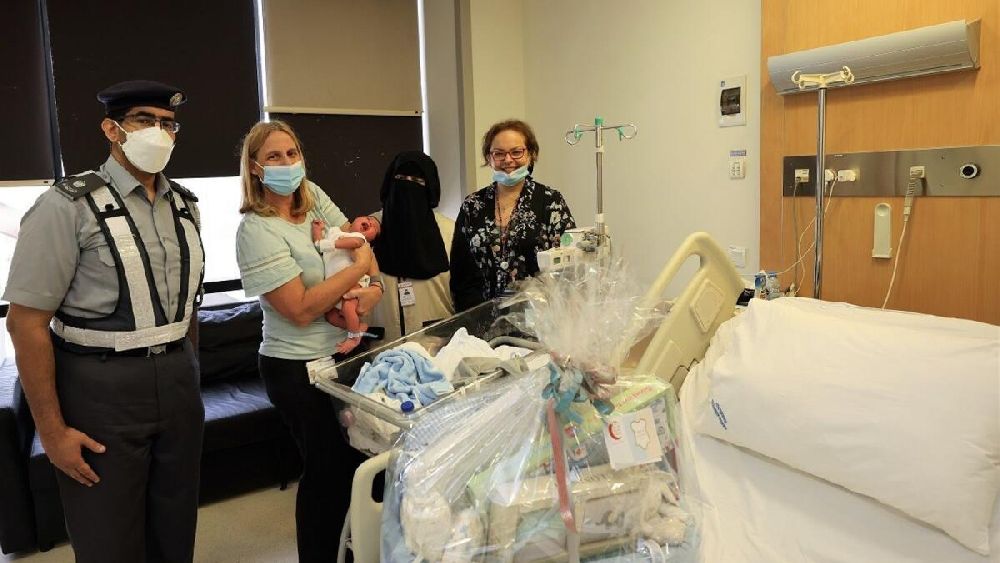 Infant car seats, flowers and other symbolic gifts have been distributed to the parents of newborn babies in Al Ain to bring joy to the families and to spread the culture of children’s safety in vehicles.

The Abu Dhabi Police gave out the gifts in cooperation with the Emirates Red Crescent Authority during the launch of the “Be Raised in Your Honour” initiative at Kanad Hospital in Al Ain.

“I urge families to use the child car seats to protect children from injuries in the event of an accident,” said Al Muhairi, adding that it was important for families to have child seats inside vehicles to reduce the risk of accidents and the resulting injuries and deaths.

He added: “Small children should be put in a child seat and restrained by the seat belt when being seated in the rear of the vehicle.”

According to authorities, children below the age of 10 must only sit in the back seats of vehicles and should wear seatbelts. Kids under the age of four should be seated in appropriate child seats to ensure their safety.

Drivers allowing children under the age of 10 to sit in front seats of vehicles face a fine of Dh400. The vehicle will also be seized and the owner fined Dh5,000, under the Abu Dhabi traffic law.

The UAE traffic law also stipulates a fine of Dh400 for families that don’t provide child car seats for children aged four and below.

Studies have shown that the impact a child could experience in an unrestrained seat is equivalent to that of a fall from 10 metres. A car seat would ensure their safety and security in the event of such accidents, according to road safety experts.

Dr Ahmed Obaid Al Dhaheri, director of the Emirates Red Crescent Authority- Al Ain branch has praised the efforts made by the Abu Dhabi Police in serving the public and its interest in implementing humanitarian community initiatives that serve all segments of society and contribute to raising awareness about all laws.

“The authority’s participation in this initiative is in line with its continuous keenness to make families and children happy and to enhance partnership with community institutions,” he said.

The families of newborns, who were of different nationalities, praised the initiative, which made them happy, and its pioneering role in spreading safety awareness in a distinctive way.