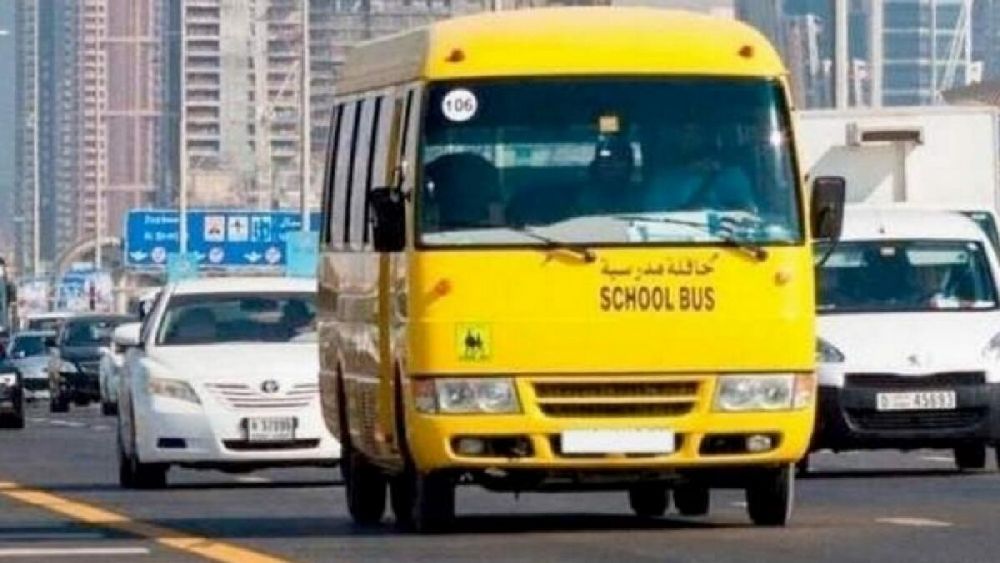 Abu Dhabi Police have warned students about the danger of disturbing and distracting bus drivers while travelling to and from school as it may result in road accidents.

Some students playfully talk to school bus drivers as they walk inside the moving school bus, which may distract the driver.

The force has stressed the importance of promoting positive behaviours among students to enhance road safety.

Major Khaled Muhammad Al Aziz, director of the Public Relations Department at Al Ain Traffic Department, highlighted how important it is for parents to educate their children about refraining from uncivilised and bad behaviour, including walking in the bus while it is moving, as well as disturbing and confusing the driver, which may result in inattentiveness and cause crashes.

The officer made the comments during a lecture held recently by Abu Dhabi Police to educate community members from Arab and Asian communities and clubs, which was in line with the national campaign under the slogan “Traffic Safety for School Students”.

School bus rules prevent pupils from talking to the bus driver, requiring them to follow driver and supervisor instructions at all times, and prohibiting them from putting their hands or heads out of the bus windows.

UAE schools had last month called on parents to cooperate with administration and transportation companies to ensure that their children follow safety and security rules while in buses, including: wearing seat belts, not walking in the bus while it is moving, not standing on the seats, refraining from shouting or making disruptive noises, maintaining the cleanliness of the bus and its upholstery, not tampering with the contents of the bus, and respecting the bus driver.

School administrators also stressed the need for families to ensure that there is someone waiting to receive the child – particularly those in Cycle 1, when the bus drops them home at the end of the school day.

During the lecture, Al Azizi also called on families to ensure that children are dropped off safely at school entrances in order to avoid accidents.

Parents were also warned about the need to pay attention while transporting their children to schools, and not to allow children under the age of 10 to sit in front car seats.

Families have been urged to help their children cross roads while picking them up or dropping them off at school, and to make use of the designated parking spaces at schools in order to avoid obstructing traffic.

Police also asked parents to inform their children regarding the correct ways of getting on and off buses, and to warn them against playing in the street while waiting for the school buses.

Finally, the force reminded all motorists about the importance of driving safely and being attentive while passing through school zones, reducing their speed near schools, and cooperating with traffic patrols to enhance the flow of traffic to avoid accidents.

. Sharjah motorists are left with very few options but opt for either public parking or private paid parking lots which are mostly operated by licensed operators. Sharjah has been expanding public...

. The UAE recently got a glimpse into how its residents and tourists will commute in a few years from now. During the epic National Day celebrations in Abu Dhabi, the first...

. Authorities have announced the closure of certain key roads on Sunday, December 4. Ajman Police have advised motorists to use alternate routes as the Ajman Cycling Tour is set to begin....

. Authorities have announced the closure of certain key roads on Sunday, December 4. Ajman Police have advised motorists to use alternate routes as the Ajman Cycling Tour is set to begin....

. Abu Dhabi Police have issued a fog alert and have asked motorists to exercise caution on roads. The authority has reduced the speed limit on multiple roads across the emirate as...