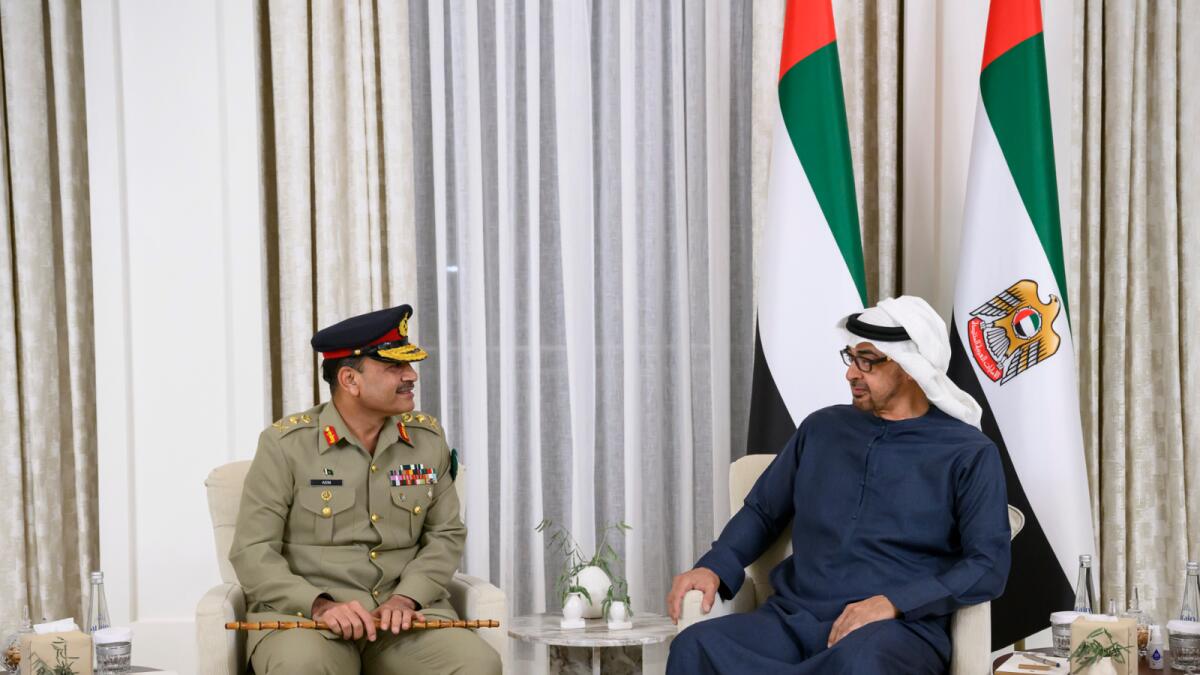 At the meeting held at Qasr Al Shati Palace, Sheikh Mohamed congratulated General Munir on his appointment as Pakistan’s Chief of Army Staff, wishing him luck in his new duties to serve his country and people. Munir expressed his thanks and appreciation to the President.

During the meeting, the two sides reviewed cooperation relations and joint work between the UAE and Pakistan in defence and military affairs, as well as ways to strengthen them to serve the common interests of the two friendly countries.