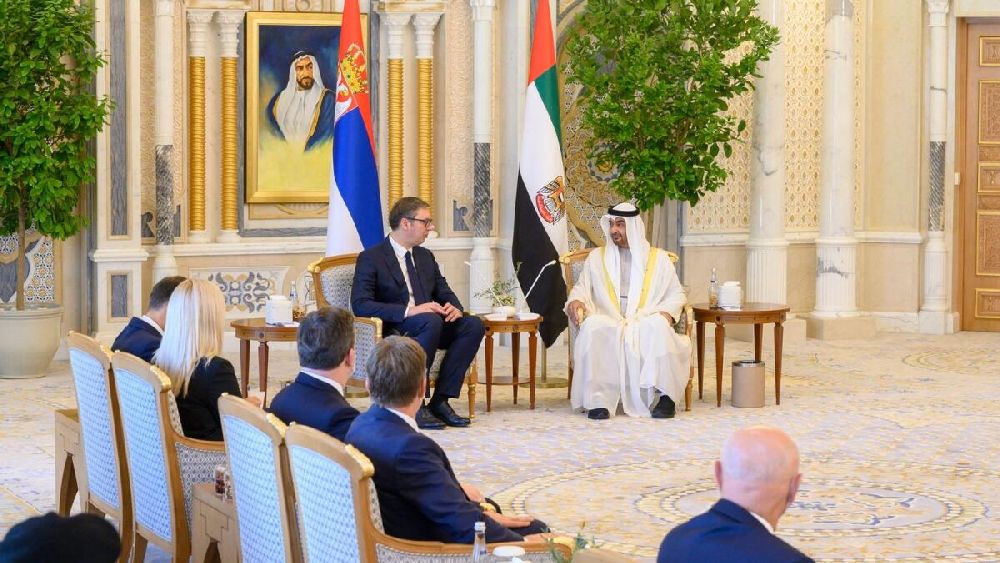 Ten cooperation agreements are expected to be sealed between the UAE and Serbia on Sunday as the two countries announce a comprehensive strategic partnership.

The agreement “builds upon our strong bilateral ties and promises to enhance cooperation at all levels in the future,” Sheikh Mohamed said in a tweet, as he posted photos of the meeting held at Qasr Al Watan in Abu Dhabi.

The two leaders explored UAE-Serbia cooperation in investment, economic and trade fields, as well as in science, technology, food security, agriculture, renewable energy, space, among others.

Serbian President Vucic underscored the support that the UAE offers his country, especially during hardships, stressing his country’s eagerness to strengthen their relations by leveraging many available opportunities.

The two sides welcomed the comprehensive strategic partnership, highlighting its significance in enhancing their cooperation and investments.

Among those present in the meeting in Abu Dhabi are a number of UAE ministers and senior officials. It was also attended by high-ranking officials from Serbia.