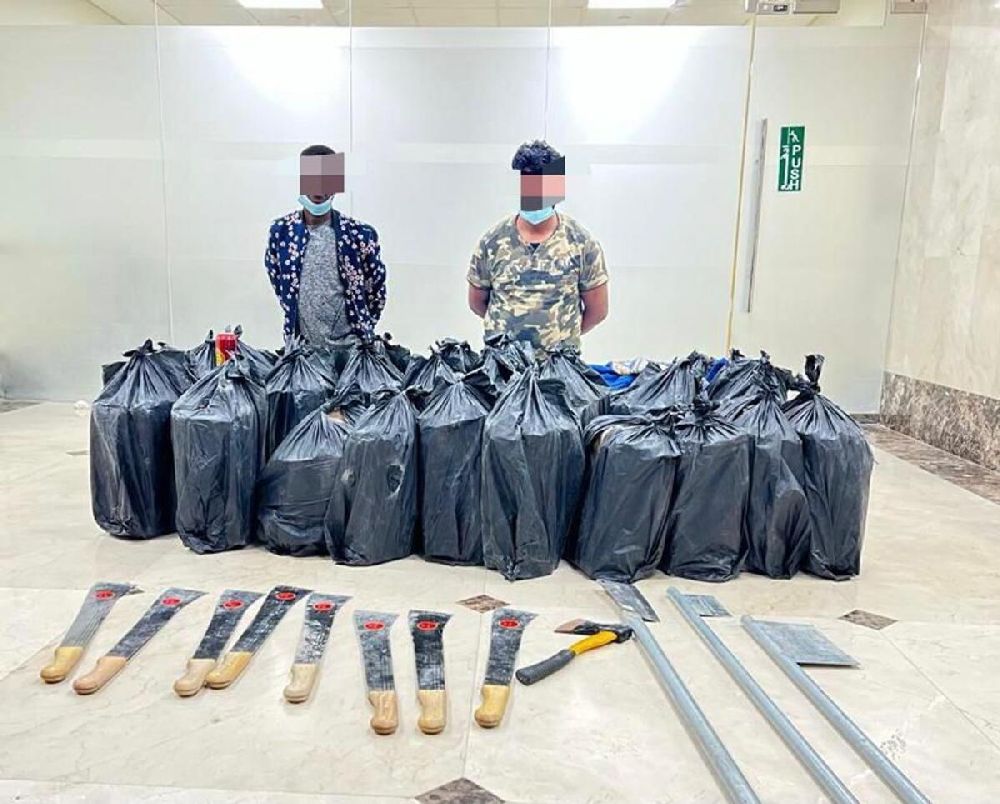 Three men have been detained in Abu Dhabi for selling contraband and possessing various kinds of weapons.

Abu Dhabi Police said on Monday evening that its Al Mirsad Branch in Al Dhafra, affiliated to the Al Mirsad Department of the Special Patrols Department of the Criminal Security Sector, had arrested the suspects, including two Asians and an African national.

Police were notified by its security sources about the group carrying out illegal activities in the area.

The authorities immediately formed a team to investigate the matter and arrest the criminals.

After making all the necessary investigations and monitoring the suspects, the police team arrested and raided their operation sites.

The team seized weapons like swords and knives in their possession.

Abu Dhabi Police has reaffirmed its keenness on controlling illegal and prohibited activities and practices that would harm individuals and society in general.

The force also urged community members to report suspicious activities and practices through the official channels.