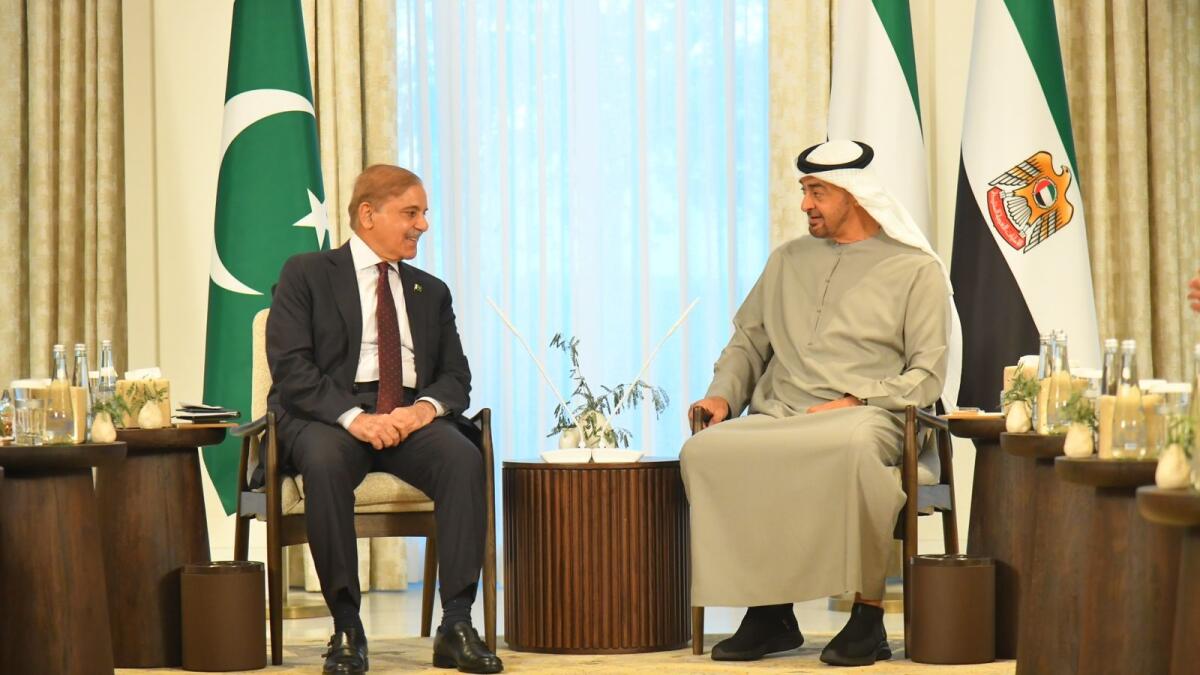 The UAE has agreed to roll over Pakistan’s $2-billion existing loan and said it will provide additional $1 billion that will help boost the shrinking foreign exchange reserves of the country.

The decision was taken during a meeting between the President, His Highness Sheikh Mohamed bin Zayed Al Nahyan, and Pakistan Prime Minister Muhammad Shehbaz Sharif, who arrived in Abu Dhabi today on a two-day visit to the UAE.

Sheikh Mohamed bin Zayed welcomed Sharif to the UAE Capital and wished progress and prosperity for Pakistan. He praised the historical relations between the two nations and the valuable contributions made by the Pakistani community in the Emirates.

The prime minister thanked the UAE President for inviting him to the country.

The two leaders discussed the fraternal relations between Pakistan and the UAE; and explored ways and means to further strengthen these ties, especially in the fields of trade, investment, and energy.

The two leaders also had an exchange of views on regional and international issues of mutual interest.

Both sides agreed to deepen the investment cooperation, stimulate partnerships and enable investment integration opportunities between the two countries.

They also expressed satisfaction with the pace of steady progress in bilateral relations. They agreed on the importance of enhanced bilateral exchanges and regular dialogue at all levels to further solidify and provide momentum to the relationship.

Sharif invited Sheikh Mohamed for a state visit to Pakistan to which he agreed. The dates will be decided through diplomatic channels.

The prime minister is also expected to meet His Highness Sheikh Mohammed bin Rashid Al Maktoum, Prime Minister and Vice-President of the UAE, and the Ruler of Dubai.

Also part of his itinerary is an interaction with representatives of Emirati investment companies and sovereign wealth funds. He will also visit Wahat Al Karama to pay homage to the national heroes of the UAE.