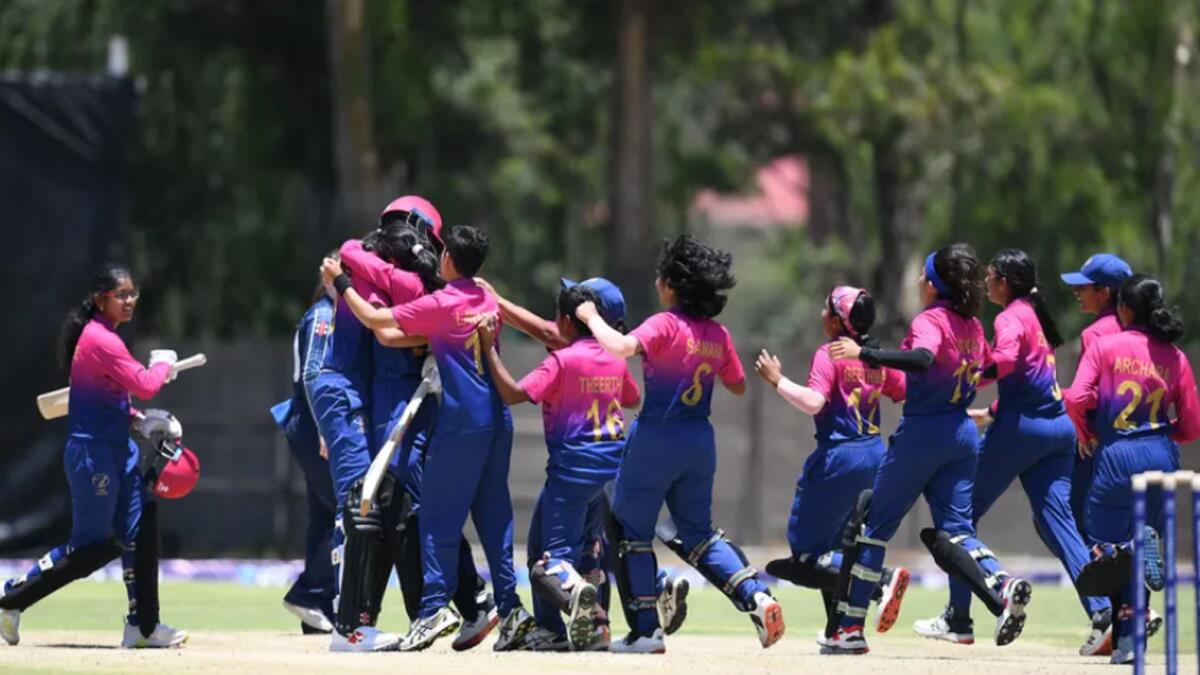 Samaira Dharnidharka came up with a brilliant all-round show as the UAE began their campaign with a clinical six-wicket win over Scotland in the inaugural ICC Women’s Under-19 T20 World Cup on Saturday.

After snuffing out two wickets with her medium pace, Dharnidharka was handy with the bat as the UAE cruised home with 22 balls to spare in their Group D match at Willowmoore Park B Field in Benoni, South Africa.

The victory saw the UAE sit second behind India on the points table after the latter beat South Africa by seven wickets.

Nothing went Scotland’s way after they were sent in to bat.

The Scots lost wickets at regular intervals and ended up posting 99-9 from their 20 overs. Indhuja Nandakumar (2-20), Vaishnave Mahesh (2-19) and Samaira Dharnidharka (2-22) were the pick of the bowlers, with Emma Walsingham (37 from 33) comfortably Scotland’s top-scorer.

UAE looked to have lost their way after a watchful start to the chase, as three wickets fell in the space of three overs to leave them 45-3 approaching the midway point of the second innings.

But Samaira Dharnidharka (23 from 27) and the impressive Mahika Gaur (33 not out from 25) moved up through the gears after that flurry of wickets, with Gaur still out in the middle as UAE reached their target with just under four overs still remaining.

(With inputs from ICC)

Player of the Match: Samaira Dharnidharka