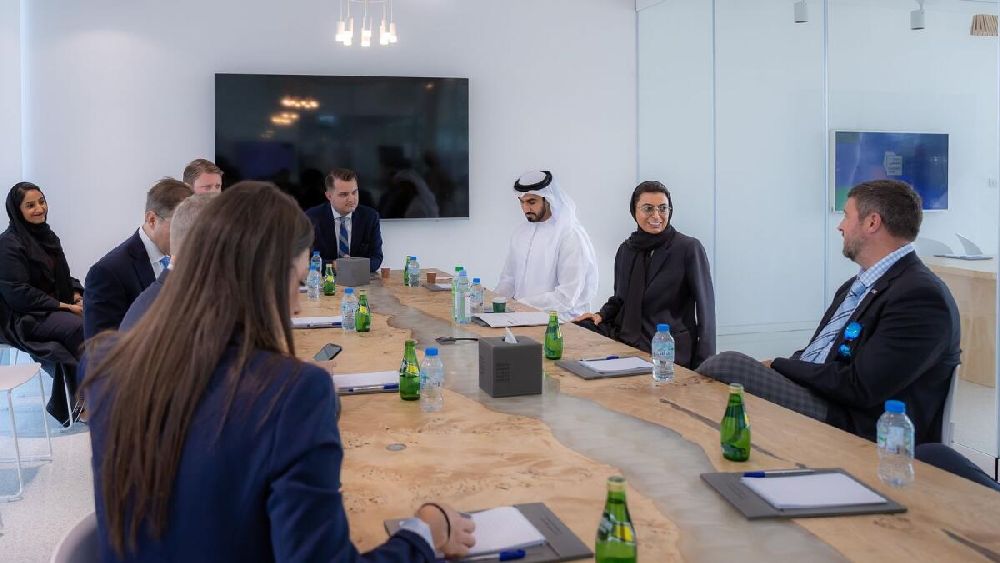 The UAE’s Minister of Culture and Youth, Noura Al Kaabi, recently met an eight-member delegation from the US Congress to discuss how the two countries can collaborate on cultural issues — with an aim of boosting peace in the region and around the world.

Led by Congressman Brett Horton, the US officials were on an official trip to the country from September 4 to 11.

During the meeting, Al Kaabi shared insights about how the UAE’s focus on culture is helping the country drive strategies and policies.

“We firmly believe in the importance of peaceful coexistence, religious tolerance, and diversity of expression and how they are fundamental to humanity. Cultural diplomacy is high on the agenda of both the countries and needs to be discussed on a global scale,” the minister said.

The delegation’s visit coincides with the second anniversary of the Abraham Accords, allowing the officials to see firsthand the achievements that were made possible through the landmark deal.

“The delegation was keen to learn about the various policies driving the UAE’s exponential growth and how the two countries can boost their friendship further,” Al Kaabi said.

The minister also spoke at length about the UAE’s policies on youth empowerment and how the two countries can collaborate in this area.

“Youth is the biggest demographic in our country and our leadership has ensured that the youth of the country receive the necessary support and infrastructural facilities to make meaningful contribution to the nation’s growth,” Al Kaabi said.

The US Congress delegation also met other high-ranking UAE officials and ministers to discuss bilateral ties and other issues of global interest.

On the agenda are the UAE’s efforts in various fields impacting the world, such as climate change, sustainability agenda, and regional conflict.