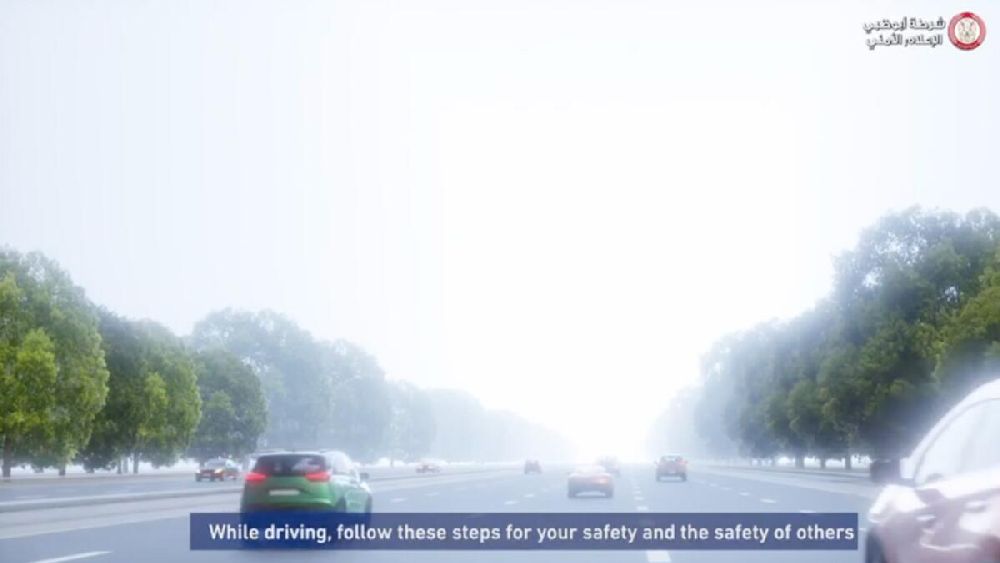 Amidst the fog alerts issued in the country by several authorities, Abu Dhabi Police has also shared a video showing a few crucial steps drivers in the UAE can follow during conditions of low visibility to ensure their own safety and safety of those around them.

The video warns that failing to follow the rules of the road during reduced visibility can cause traffic accidents.

“While driving, follow these steps for your safety and the safety of others”, it adds.

Abu Dhabi Police have also warned motorists to be aware of the weather conditions, and to take note of changed speed limits on the signs and electronic boards.

“We are all responsible for road safety”, the video concludes.

“Follow these tips for a safe road, and be part of its safety.”

The National Centre of Meteorology (NCM) has also called on road users and motorists to take all precautions and follow the traffic regulations due to fog formation and low visibility.

In a statement, NCM said horizontal visibility may drop even further at times over some coastal and internal areas from Monday 10pm until Tuesday 9am (September 13).