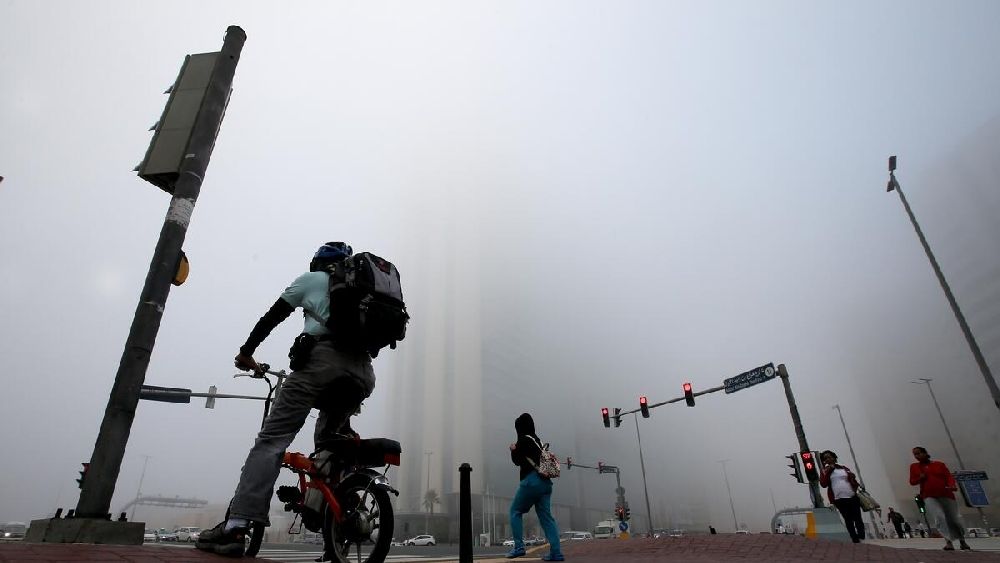 Friday morning saw fog over both Dubai and Sharjah airports, among other areas.

The National Center of Meteorology placed several areas under fog alert, with red areas seeing visibility drop to under 1000 metres. It will also be humid by night and Saturday morning.

Skies will be fair in general and partly cloudy at times over some areas during the daytime. There will also be light to moderate winds.

The sea will be slight in the Arabian Gulf and Oman sea.