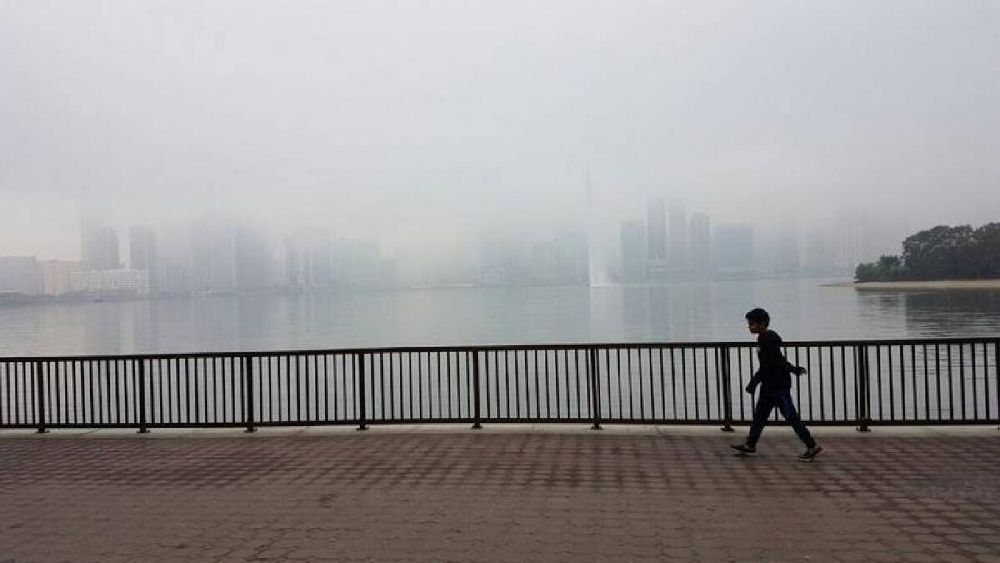 The weather in the UAE will be partly cloudy in general, according to the National Centre of Meteorology (NCM).

Yellow and red alerts have been issued for fog as horizontal visibility drops. 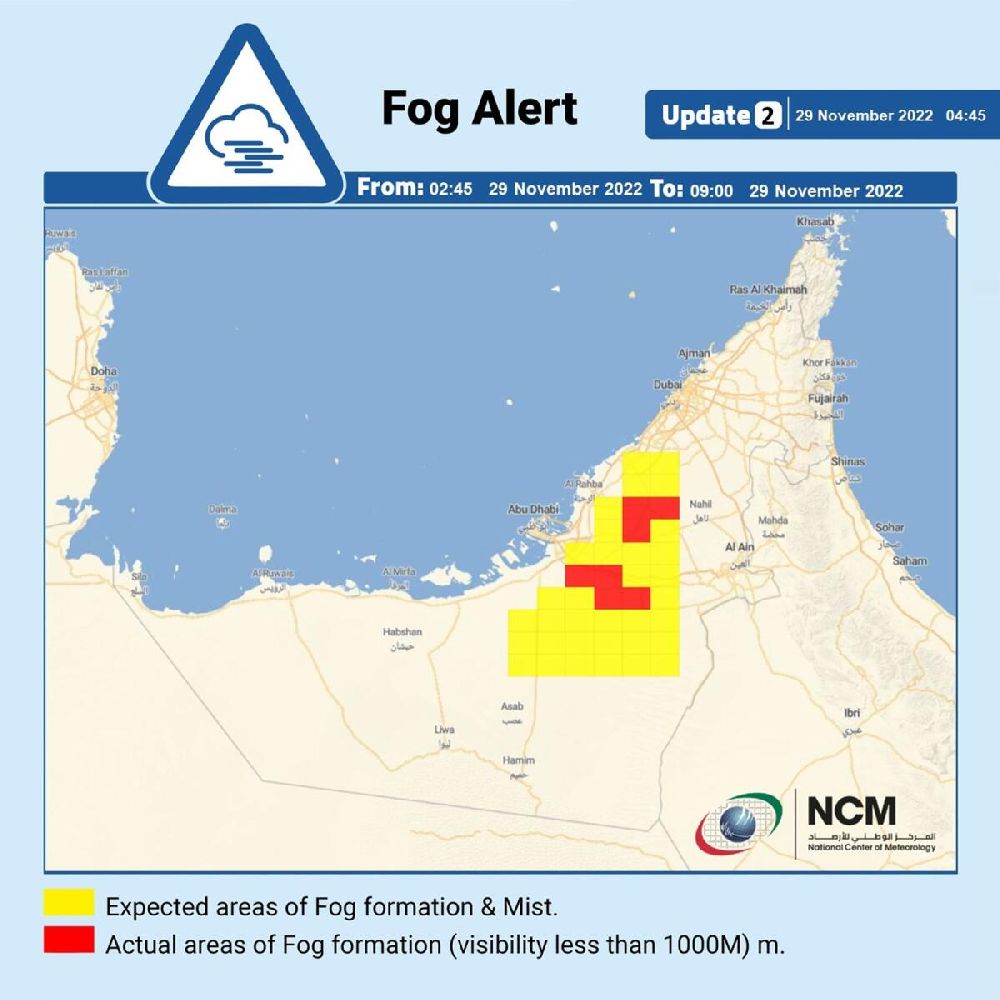 Some clouds will appear over the eastern parts of the country by afternoon. It will be humid by night and Wednesday morning.

Temperatures are set to reach 31°C in Abu Dhabi and 32°C in Dubai. The emirates will see lows of 22°C and 21°C respectively.

Fog and mist may form over some internal and coastal areas. Light to moderate winds will blow.

The sea will be slight to moderate at times in the Arabian Gulf and slight in the Oman Sea.