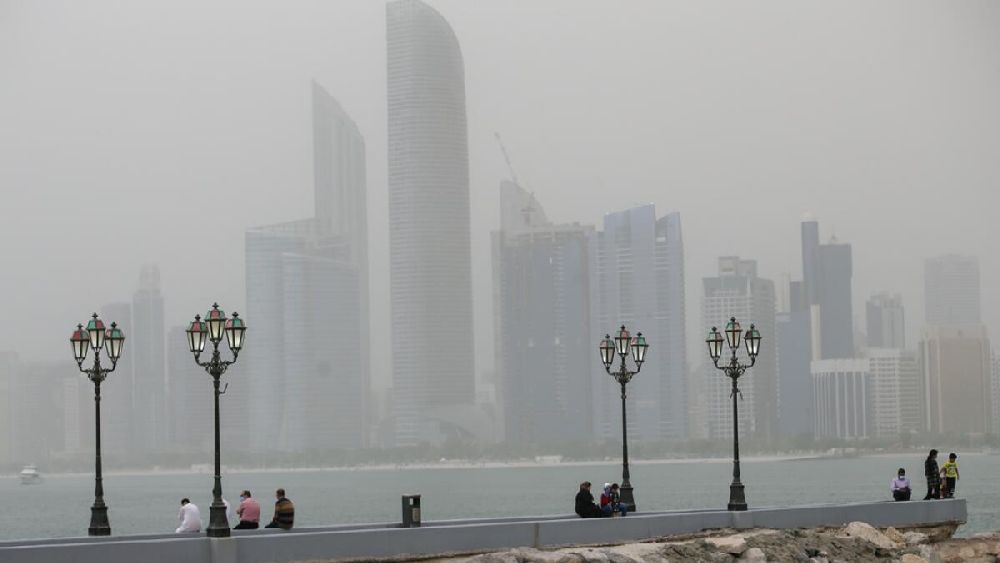 The day will be fair to to partly cloudy in general, the National Centre of Meteorology has said.

A yellow fog alert has been issued, the NCM has said: “Fog formation with a deterioration in horizontal visibility, which may drop even further at times over some coastal and internal eastern areas from 2am to 9am”. 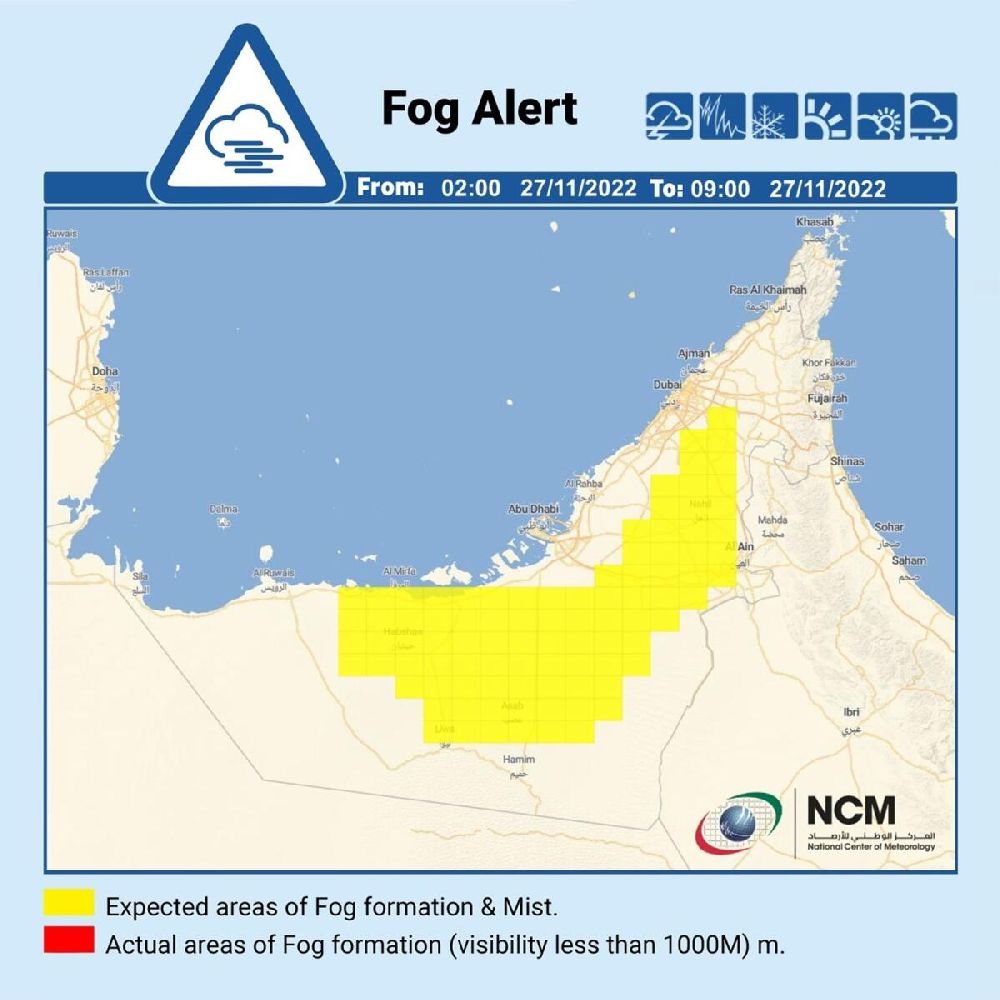 It will be humid by night and Monday morning with a probability of fog or mist formation over some coastal and internal areas.

Temperatures in the country could be as high as 32ºC. Mercury is set to rise to 30ºC in Abu Dhabi and in Dubai.

However, temperatures could be as low as 20ºC in Abu Dhabi and 19ºC in Dubai and 13ºC in mountainous regions.

Humidity levels will range from 45 to 90 per cent in Abu Dhabi and Dubai.

Light to moderate winds will blow, freshening gradually over the sea by night.

Conditions at sea will be will be slight to moderate, becoming rough at times Westward by night and Monday morning in the Arabian gulf offshore and slight in Oman sea.