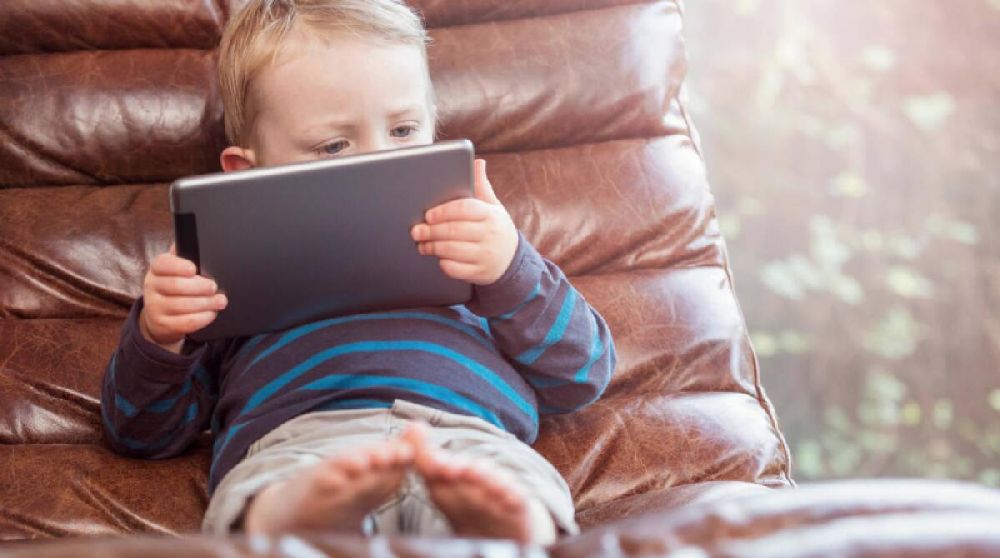 Communicating with children about their screen habits is an essential tool to help reduce their screen time, according to a certified parental trainer.

Speaking to Khaleej Times, Elena Rethorn, an educator, parent coach and creator of Parent2Be, a course for parents, said that parents should be careful about excessive screen time for their children during the winter break. She advised that instead of simply forbidding it or grounding their children, a conversation about their usage of electronic devices will go a long way in limiting children’s usage of mobiles and tabs.

Excessive screen time affects children physiologically, and causes a chaotic way of thinking, she said. “They also lose the ability to manage their time, and plan for themselves. They are becoming absolutely dependent,” she said. Other negative effects include losing social skills and not being able to effectively communicate with others.

During the pandemic, Elena said children got used to spending a lot of time on their devices and the result is that today, many of them have lost interest to leave their homes. “I met someone who told me her 13-year-old refuses to leave the house. Her mother just can’t get her to go out at all,” she said.

Another parent tells her about getting his child the best outdoors sports gear and how he still struggles to convince him to leave the house. “The problem is that he is also getting him the latest version of computer games, the most up-to-date phones and the child has a big screen in his room,” she said.

There are many factors involved, according to Elena, the child’s age and also what they are doing on their devices. “Kids are not all the same. I knew a child who spent hours on his laptop, but he was actually learning programming and upgrading his skills. He was a genius and was actually studying, but his parents didn’t know because he was behind a closed door,” she said, adding, “there’s a reason children close the door and don’t want to talk – there’s a disconnect in the relationship.”

That common language between children and their parents is sometimes lost, according to Elena, something that she has noticed when seeing children being distracted by their devices in the mall or in restaurants.

“Parents come to me saying that they don’t know what to do and that they don’t listen to them,” she said, adding that while parents seek her to meet the child, she would rather work with the parents themselves. “I tell them that if I work with your child, you will lose your authority.”

A key point that parents need to do is to model the behaviour that they want their children to adopt, she stressed. “Even if we as adults spend a lot of time on the phone and on our laptops for work, we need to tell them that, to have a conversation about our use of devices as adults. I tell my children, now I’m reading emails from work, I’m going to check on a client, I have a coaching session. They see that I’m working and not mindlessly scrolling all the time,” she said.

In her own home, Elena doesn’t have a TV and while her 11-year-old son does use a laptop for school work and online classes, she only lets him use a phone when travelling. She said that the conversation about screen time and the use of gadgets should also include an element of planning. “Together, parents and children can plan how many hours will be spent in front of the screen and doing what,” she said.

Finding alternative activities and redirecting their attention away from screens is something that parents need to plan as a solution, she said. For the younger children, parents may already know or guess what their children would enjoy, but older children need to be consulted, according to Elena. “Don’t just enroll them in a robotics class for instance, see if it is something they will enjoy,” she said.

Encouraging them to take part in outdoor activities in nature, or even regular visits to the playground, are some of the things that Elena recommends. If they’re older, she said they could be encouraged to join classes that are not offered in school or that they are interested in like acting or financial literacy classes.

The way parents talk to their children is very important. “For example, parents can tell their children that they observed their use of screens and to take them through the day and tell them what they noticed. Don’t judge, criticise, accuse or reprimand,” she said adding that communicating in the right way is important.

She encouraged parents to seek the help of professionals like coaches if they feel they’re unable to communicate effectively with their children.