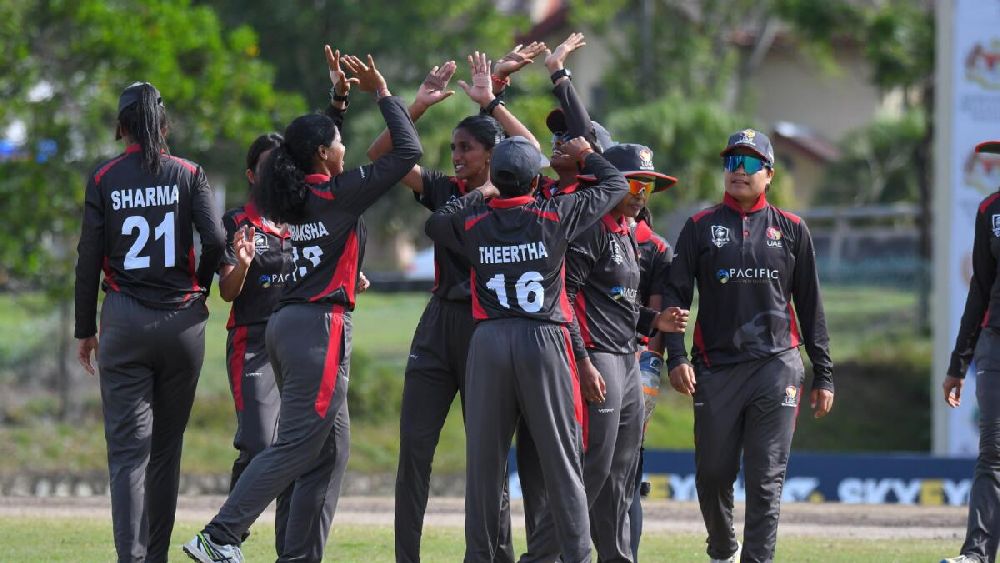 As the race for the two remaining spots inches closer, UAE captain Chaya Mughal hoped that they can win all their matches and make the cut for the ICC Women’s T20 World Cup.

The T20 World Cup is scheduled to be held in South Africa in February and March 2023 and eight teams — including hosts UAE, Ireland, Scotland, Thailand, Bangladesh, Zimbabwe, USA and Papua New Guinea will battle it out for the two remaining berths in the ICC Women’s T20 Qualifier that gets underway in Abu Dhabi from Sunday.

The qualification tournament runs until September 25 and the top two teams will seal their berth in the main event, which has heavyweights India, Australia, England, New Zealand, Pakistan, Sri Lanka and the West Indies.

The tournament will be played at the Zayed Cricket Stadium and the Tolerance Oval, which recently became the UAE’s fourth international venue after Abu Dhabi, Dubai and Sharjah after being granted full ICC accreditation.

“The only objective right now is to win all the matches and qualify for the World Cup,” Chaya told the ICC on Friday.

And Chaya believed that their mix of young and experienced players will hold them in good stead.

“The unique thing about our team is our team composition with a mixed blend of experienced and young players. It helps to absorb the pressure easily. We have a lot of potential and talented players on board and on a given day anyone could be a match winner for us,” she felt.

The eight teams have been into two groups with UAE placed in Group B along with Thailand, Papua New Guinea and Zimbabwe. Group A consists of Ireland, Scotland, Bangladesh and USA. The top two teams from each group will make it to the semifinals while the finalists will book their places in the T20 World Cup.

And Chaya said that their preparations have been going on well.

“We have been preparing and working really hard despite the weather being extremely hot, our outdoor centre wicket practice and match stimulation is something that is really helping us at present. Clearing the boundary ropes is something that we have been focusing on and we will be utilizing that in the coming games,” said Chaya.

“Playing at this level itself is a challenge considering the teams that we are going to face have already played the World Cup and we are very much prepared for this. We are not taking any pressure on us and just playing one game at a time,” she added.

Thailand and Bangladesh will be strong contenders after they had featured in the previous edition of the T20 World Cup in Australia in 2020.

Meanwhile, Thailand have prepped for the tournament and possibly the T20 World Cup by playing matches against state and academy teams in India.

“Our team’s objective is to win the tournament. We are a strong unit and have great teamwork and everyone will contribute to our success,” said Thailand skipper Naruemol Chaiwai.

“In the last three months we travelled to India to train. We had a chance to play games with state teams and academy teams. We faced a variety of bowlers and played on different type of pitches that will help us adjust quickly and figure out our options,” she revealed.

“Covid-19 has kept us away from International competition. To come back and play in this tournament, it is quite exciting for me. This qualifier is also a challenge for me as a captain to lead the team to another World Cup,” added Chaiwai.

Matches will be played at 3 pm and 7 pm.