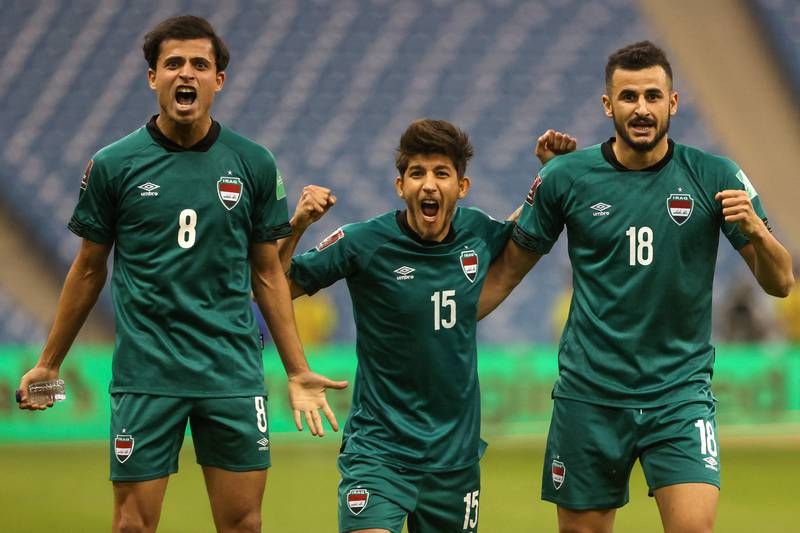 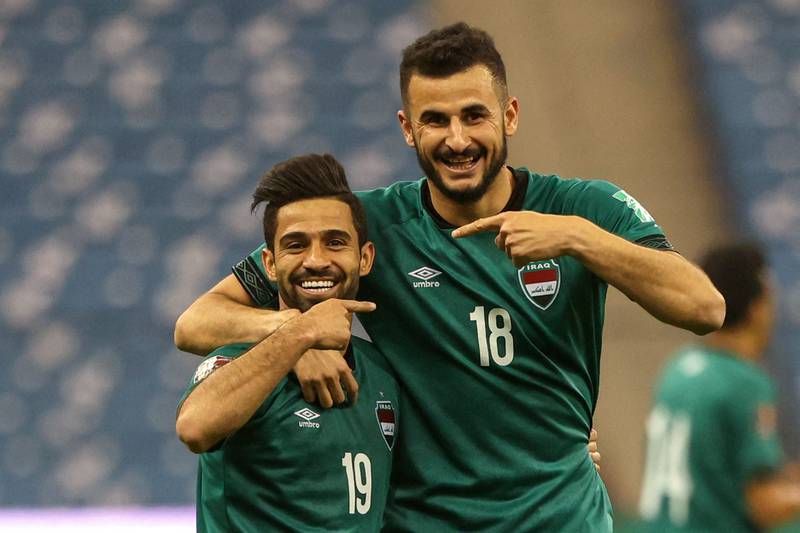 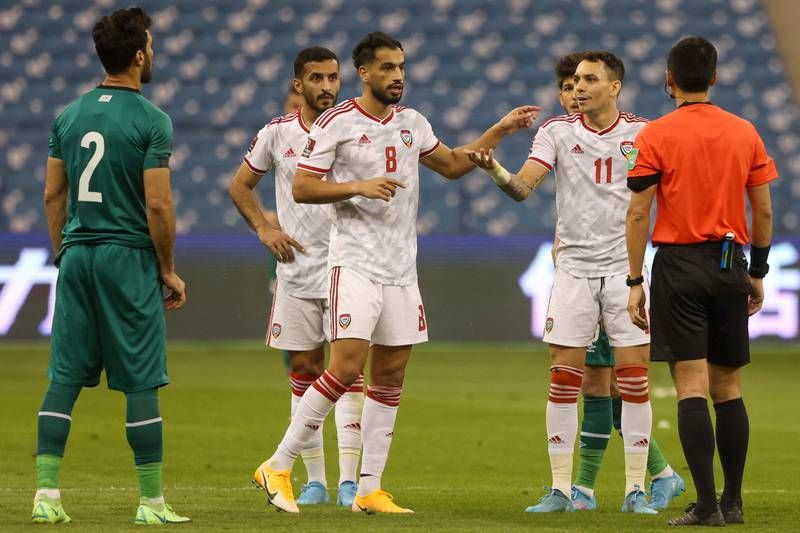 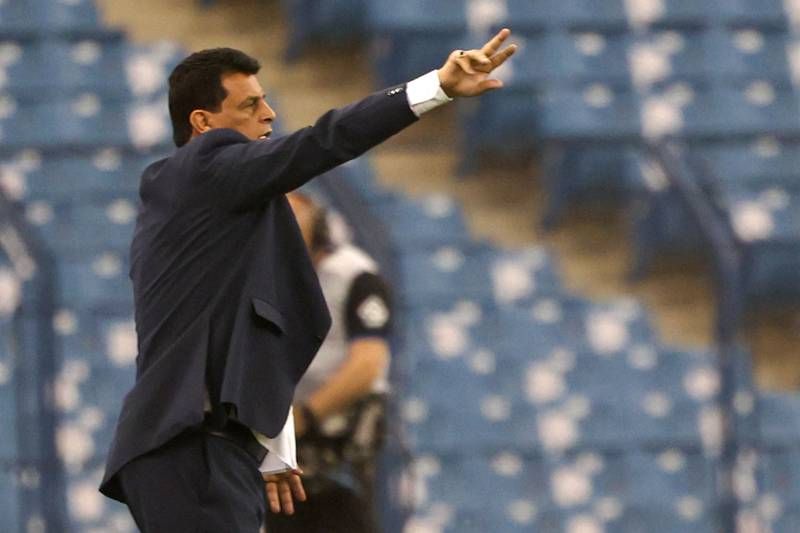 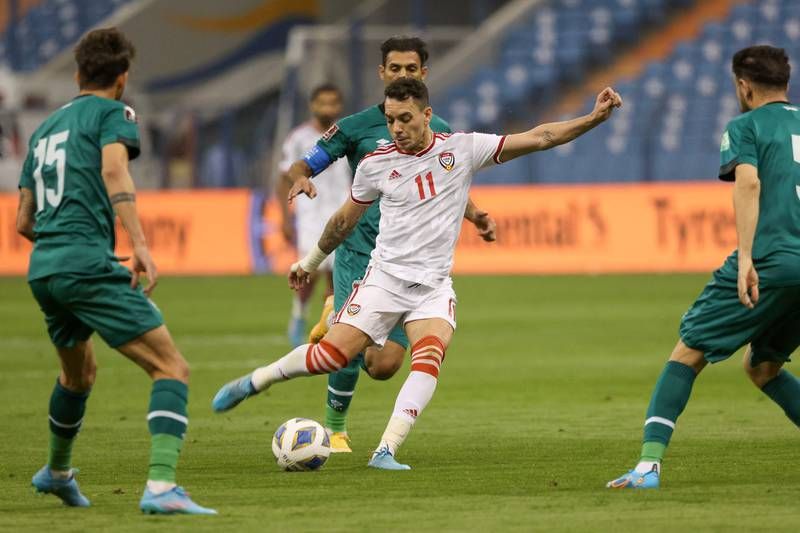 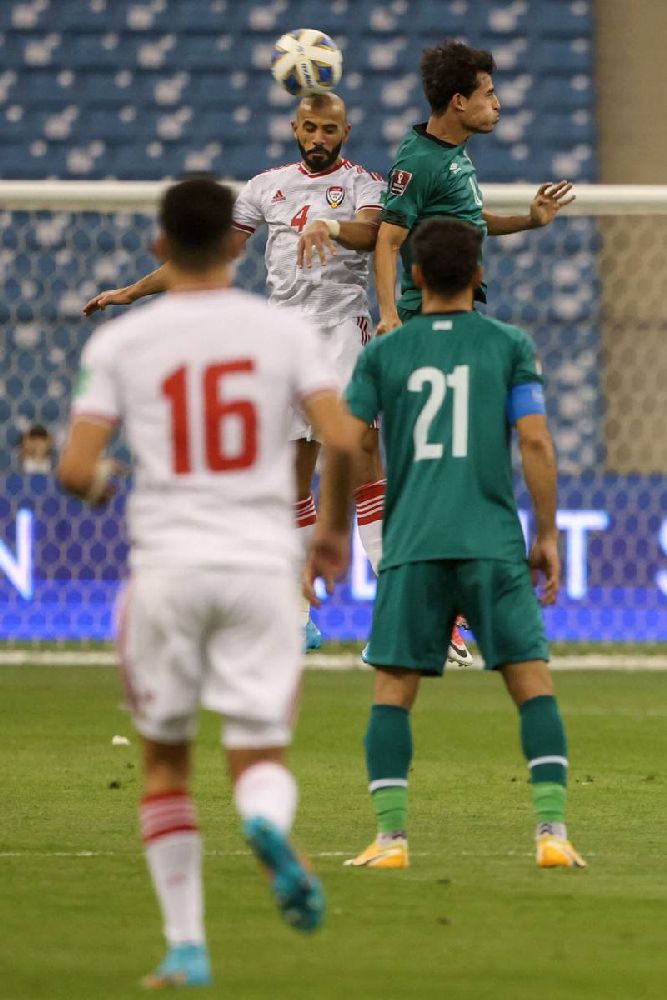 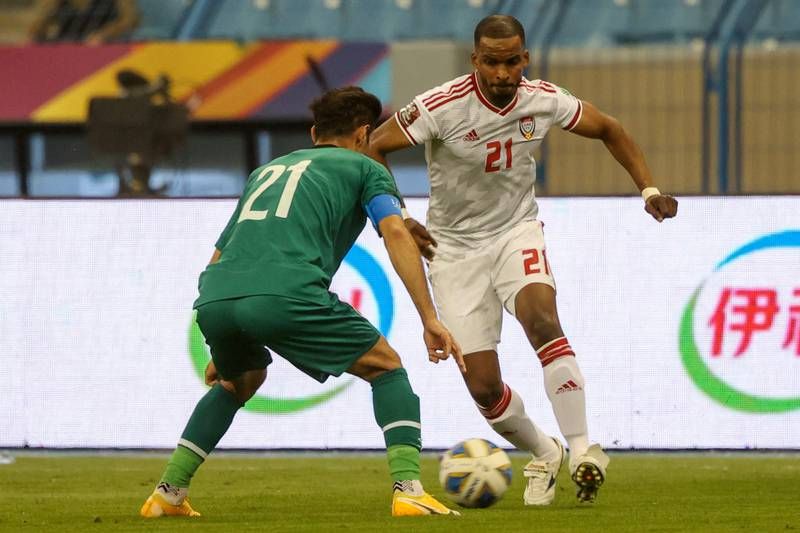 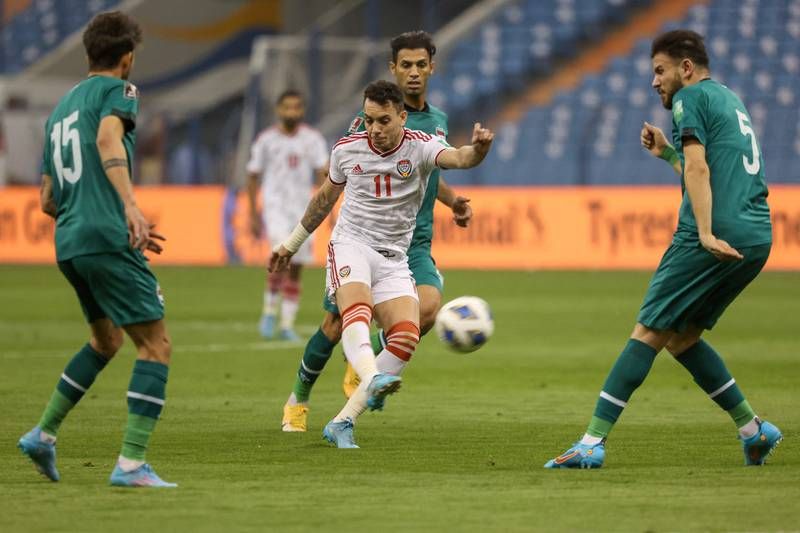 Iraqi players celebrate the winning goal against the UAE during the 2022 Qatar World Cup Group A qualifier at the King Fahd International stadium in Riyadh, on Thursday, March 24, 2022. AFP

Defeat to Iraq in Riyadh left the UAE’s World Cup play-off hopes hanging in the balance.

Granted, the national team occupy still that vaunted third spot in Group A, but with South Korea to come in the closer next week, they look nervously over their shoulder and towards other results.

On Thursday night, the UAE and new manager Rodolfo Arrubarrena were outdone 1-0 at the King Fahd Stadium, Hussein Ali’s strike eight minutes into the second half proving decisive.

With one round of fixtures remaining, the UAE sit in pole in this belatedly frantic race for the play-offs, but now only one point above their latest conquerors and three ahead of fifth-placed Lebanon. While the latter travel to face group leaders Iran on Tuesday, Iraq make the trip to bottom side Syria. The UAE host second-placed – and already qualified – South Korea in Dubai. It promises to be tense and trying.

Before kick-off in Saudi Arabia on Thursday, the UAE had been granted a massive boost. They went into the relocated match – it was until last week to be played in Baghdad – knowing a draw would be enough. The earlier contest between Lebanon and Syria in Sidon had finished in a shock 3-0 defeat to the hosts, meaning the UAE required only a point to book a play-off against Australia this summer.

But it never came. Arruabarrena’s bow was blighted. Appointed last month as successor to Bert van Marwijk, the Argentine was admittedly hamstrung by a number of key absences, chief among them Abdullah Ramadan, Tahnoun Al Zaabi and Fabio De Lima. Clearly, the trio would have provided his side much more of a creative spark.

Instead, Arruabarrena plumped for a change in formation to include three centre-backs; as a result, his team lacked not only genuine attacking thrust, but cohesion.

That said, the UAE’s best opportunity of the match fell in the first half to Ali Saleh. The Al Wasl forward, one of the recent bright spots for the team in an otherwise difficult final-round run, was picked out beautifully on 22 minutes by Mahmoud Khamis’ pinpoint cross from the left.

However, Saleh’s downward header was pushed up and over the crossbar by Iraq goalkeeper Jalal Hassan. In truth, Saleh should have found the net. His reaction – instantly, he threw his head into his hands – suggested he thought so too. Likewise, his teammates. 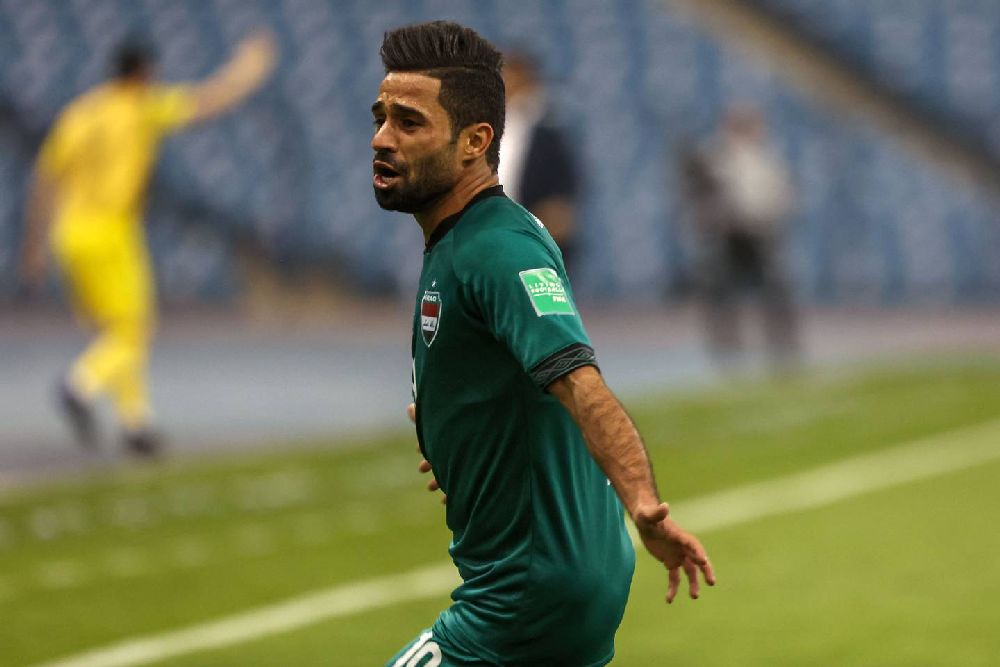 Iraq, though, felt considerably aggrieved in the opening 45 minutes not to have been awarded at least one penalty. An inswinging free-kick from deep struck Caio Canedo’s outstretched arm as he jumped to head clear and, with the Iraqis claiming an infringement almost in unison, the Video Assistant Referee (VAR) was promptly consulted. Yet the spot-kick was not given; Canedo appeared to have been fouled as he leapt.

In the other instance, following a corner from the right, striker Ali Mabkhout turned his back as the ball cannoned off his arm. Again, though, a spot-kick would have seemed harsh.

Then, on 53 minutes, disaster for the UAE. With all three centre-backs pulled out of position, Ali Faez looped the ball to an unmarked Ali on the right, who jinked past Khalid Essa, composed himself, and drilled the ball high into the goal. Another VAR check could not offer the UAE any reprieve: their World Cup hopes had suffered a striking blow.

Iraq, who had also a new manager in Abdulghani Shahad, looked more likely to grab the next goal on the counter. With five minutes remaining, striker Aymen Hussein swivelled, but fired over.

Moments later, the UAE struck the frame of the goal through Bandar Al Ahbabi’s miscued free-kick. And that was that.

Iraq held on, more than worthy of the win, and the UAE’s quest for Qatar 2022 dimmed significantly. A nail-biting finale against Son Heung-min and South Korea was surely not what they had wished for.