Company wants to be completely emission-free by 2040 Uber has said that one in four trips booked in the UAE will be emission-free by 2030.

The ride-hailing firm has 6,000 drivers using its app each month in the UAE, with just over 4 per cent of trips being made in electric vehicles.

However, the company has committed to multiplying that number six-fold by the end of the decade.

“With both drivers and cities in mind, we are making a series of ambitious, inclusive commitments to help with lesser pollution, and cleaner, healthier, more liveable cities and here, in the Middle East, we are starting in Dubai,” said Anabel Diaz, the firm’s head in Europe, the Middle East and Africa.

QuotePeople are demanding a fundamental change in how we operate transport in our citiesAnabel Diaz, head of Uber in Europe, the Middle East and Africa

“The UAE’s modern infrastructure and ambitious goals around renewable energy, specifically the Net Zero Strategy and Energy Strategy 2050, make the UAE an ideal candidate and partner in achieving our sustainability goals in this region.”

Ms Diaz made the comments at an event held by the ride-hailing firm in Dubai on Thursday morning.

Around 29 per cent of UAE residents would consider buying an electric vehicle, according to a survey conducted last year by Audi Abu Dhabi.

The Roads and Transport Authority in Dubai plans to make public transport completely emission-free by 2050.

One of the major challenges facing the transport sector is transforming from cars with combustion engines to electric vehicles, said Ms Diaz.

“That is not always logical right now from an economic viewpoint, especially for commercial vehicles which is an issue we have to overcome,” she said.

“The reason for this is the total cost of owning and operating an electric vehicle is currently much higher than a car with a traditional combustion engine. 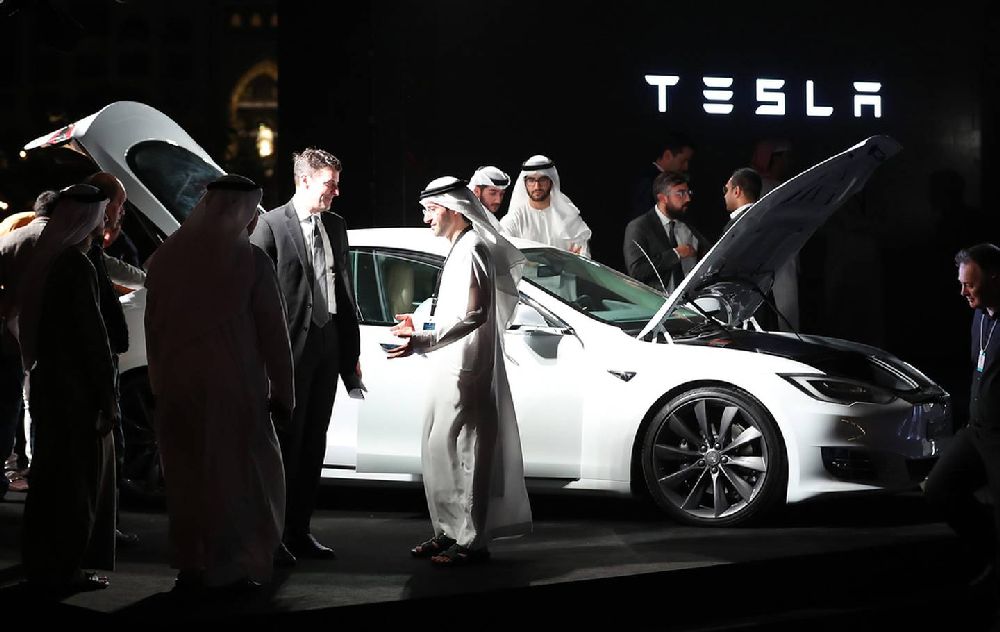 US electric car maker Tesla has opened for business in Dubai. AFP Photo

“The price of electric cars is reducing as new manufacturers enter the sector but we are not there yet.”

Ms Diaz said rising fuel costs, and a growing awareness of the dangers posed by climate change, were focusing minds on the need for alternatives to traditional modes of transport.

“Society’s awareness that change is needed is just increasing and increasing,” she said.

“People are demanding a fundamental change in how we operate transport in our cities.”

The UAE, and the wider region, has long been associated with gas guzzling SUVs and saloon cars.

However, rather than being a country resistant to change, the UAE is an example to others of how new ideas can be embraced, according to Ms Diaz.

“The UAE is a country with very strong cultural paradigms that people might have thought was never going to change,” she said.

“Not only did it embrace change but it has constantly been leading the way to others by setting goals and defining the future.”

Another expert, speaking at the same conference, warned that buying an electric vehicle might not necessarily be better for the environment than a combustible engine alternative.

“There are studies that show that adopting an electric vehicle could actually worsen your carbon footprint,” said Nabeel Alzaka, executive director of transport consultants Surface Mobility.

“It’s great to be doing your part as an individual buying an electric car but you need to look at how much electricity is required from power stations for this ecosystem.

“Of course car manufacturers will promote and sell electric vehicles, especially now it is trendy.”

A much more sustainable option would be to completely abandon private car ownership, but that scenario is still a long way from becoming a reality, said Mr Alzaka.

“Children are already being educated in schools about the dangers posed by carbon emissions.

Most fuel efficient cars: in pictures 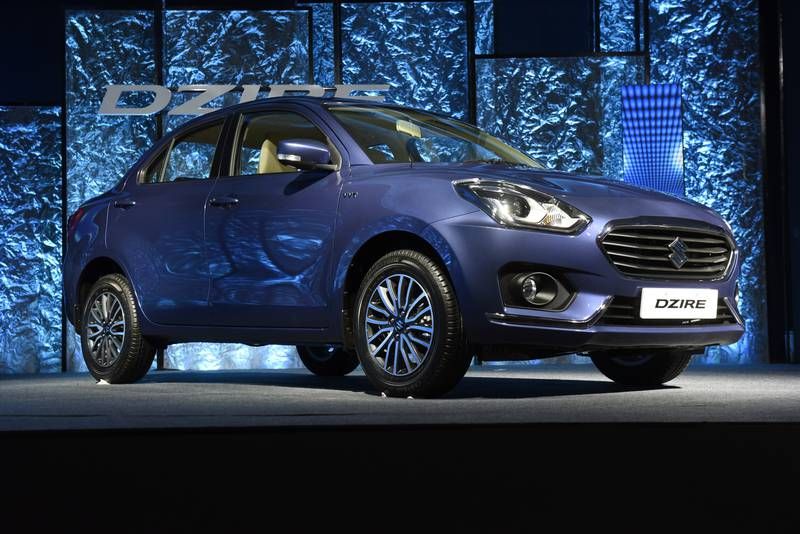 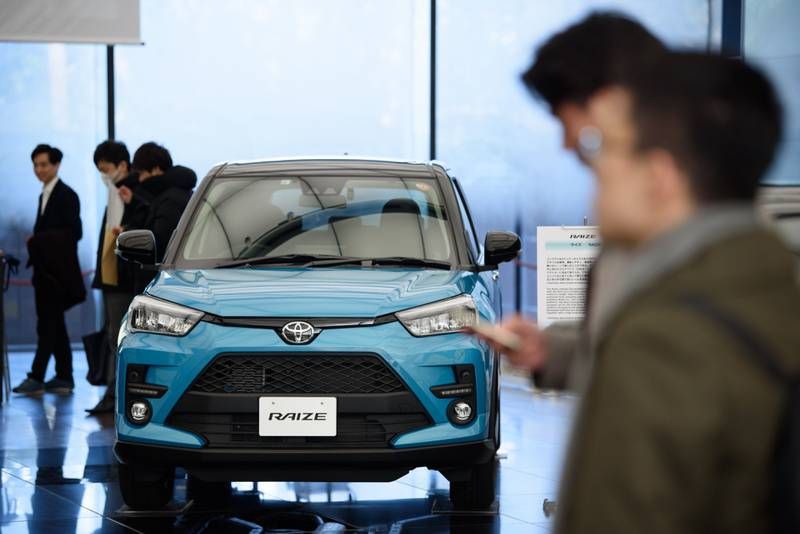 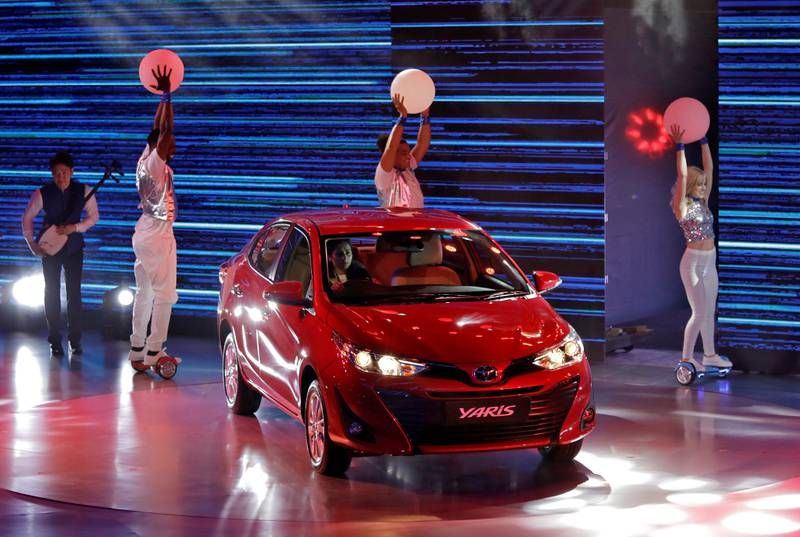 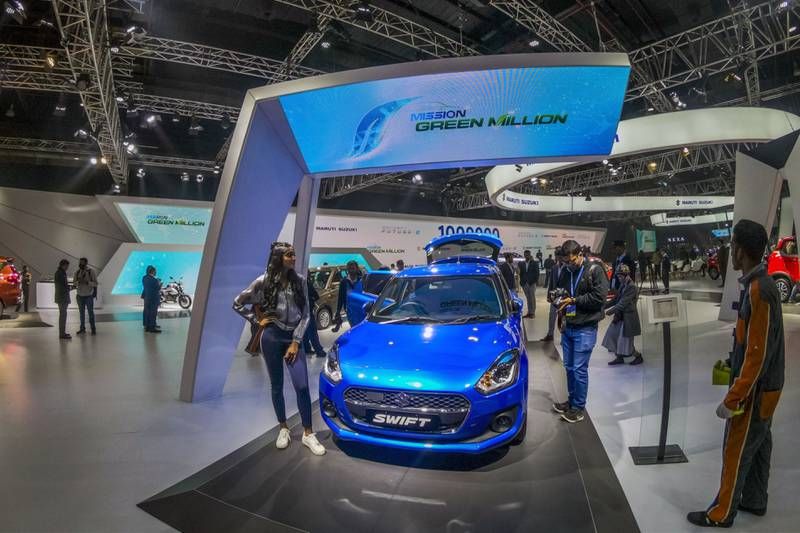 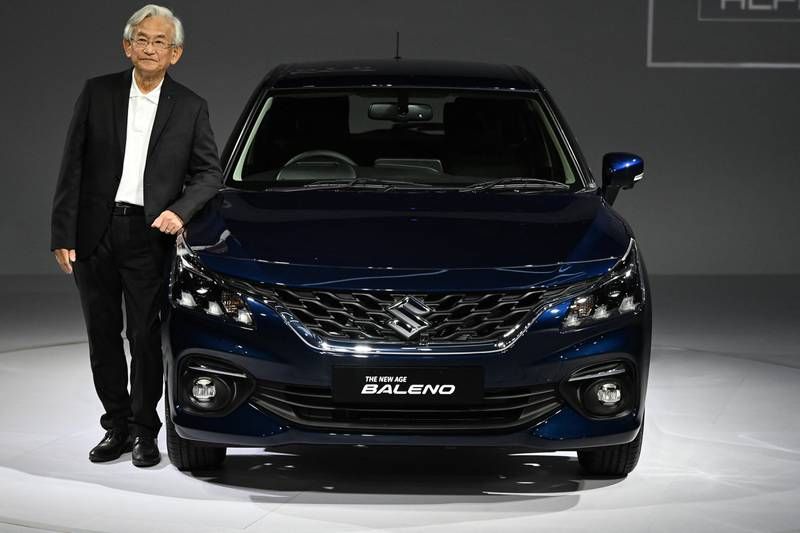 The Suzuki Dzire is one of the most fuel-efficient cars on the market with motorists getting 24.12 km per litre (km/l) from their fuel. Getty Images