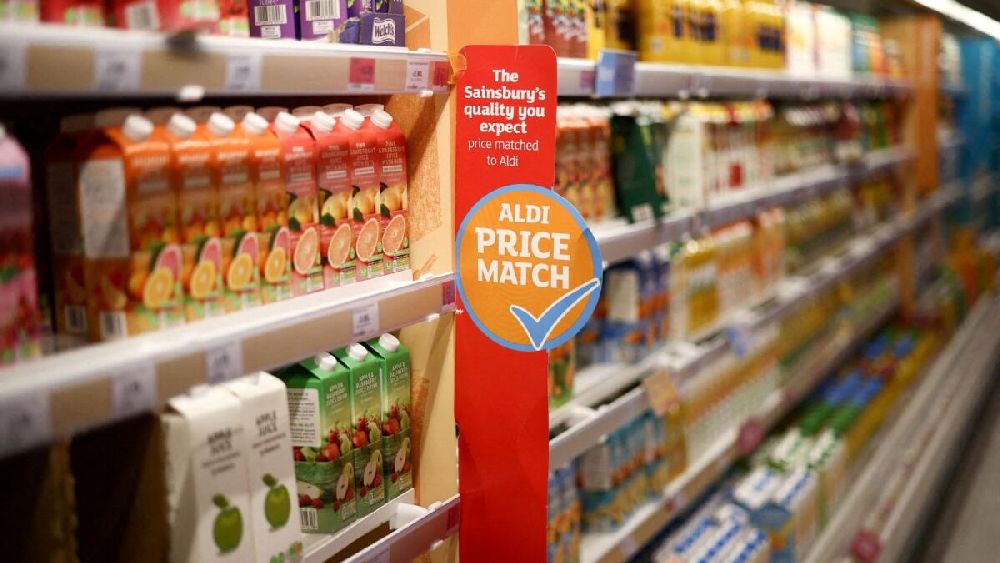 British consumer price inflation jumped to 10.1 per cent in July, its highest since February 1982, up from an annual rate of 9.4 per cent in June, intensifying the squeeze on households, official figures showed on Wednesday.

The increase was above all economists’ forecasts in a Reuters poll for inflation to rise to 9.8 per cent in July, and will do nothing to ease the Bank of England’s concerns that price pressures may become entrenched.

Despite warning that a recession was likely, the BoE earlier this month raised its key interest rate by 0.5 per cent to 1.75 per cent — its first half-point rise since 1995. It forecast inflation would peak at 13.3 per cent in October, when regulated household energy prices are next due to rise.

He, like most economists in a Reuters poll earlier this week, expect the BoE to raise interest rates by a further half point to 2.25 per cent at its next meeting in September.

Two-year British government bond yields — which are sensitive to interest rate expectations — surged to their highest since June 21, when they had struck a 13-year high.

Wednesday’s figures from the Office for National Statistics showed that prices rose 0.6 per cent in July from June on a non-seasonally adjusted basis. The annual rate of retail price inflation hit 12.3 per cent, its highest since March 1981.

Britain is not alone in facing soaring price growth but there are signs it will continue to struggle with rising inflation for longer than other countries.

Many economists believe the US inflation has peaked after it dropped to 8.5 per cent in July from a four-decade high of 9.1 per cent in June.

Surging energy prices in Europe, in the wake of Russia’s invasion of Ukraine, are the main driver of inflation and are likely to tip Britain into a lengthy, if shallow, recession, later this year, according to the BoE.

However, there were hints in the data that future inflation pressure might be starting to abate.

Although the prices charged by factories rose by the most since August 1977, jumping by 17.1 per cent, the increases in prices paid by factories cooled slightly, dropping to an annual 22.6 per cent from June’s record 24.1 per cent.

In month-on-month terms, input prices rose by only 0.1 per cent, the slowest increase so far in 2022, partly caused by weaker global demand for steel as economic growth slows around the world and a fall in crude oil prices.

The forecasts that Britain’s inflation problem will be longer-lasting than in other countries stem in part from price regulations which mean energy companies must wait before passing higher wholesale costs on to consumers.

The current typical annual household energy bill is just under 2,000 pounds ($2,421) — almost double its level a year ago — and is likely to rise above 4,000 pounds in January, according to industry analysts Cornwall Insight.

Millions of British households will struggle with the higher bills, and supermarkets already report customers switching to cheaper brands.

Data on Tuesday showed workers’ earnings adjusted for the consumer prices index fell by 4.1 per cent in the three months to June, the biggest drop since records began in 2001.

The two candidates to become Britain’s next prime minister have been under pressure to say what they will do to help.

Foreign Secretary Liz Truss, the front-runner, has said she would try to work with energy companies to bring prices down, while former finance minister Rishi Sunak has said he would scrap value-added tax on energy bills for a year.

The opposition Labour Party has called for a freeze in energy prices, partly funded by an expanded windfall tax on energy companies which have reported bumper profits. — Reuters