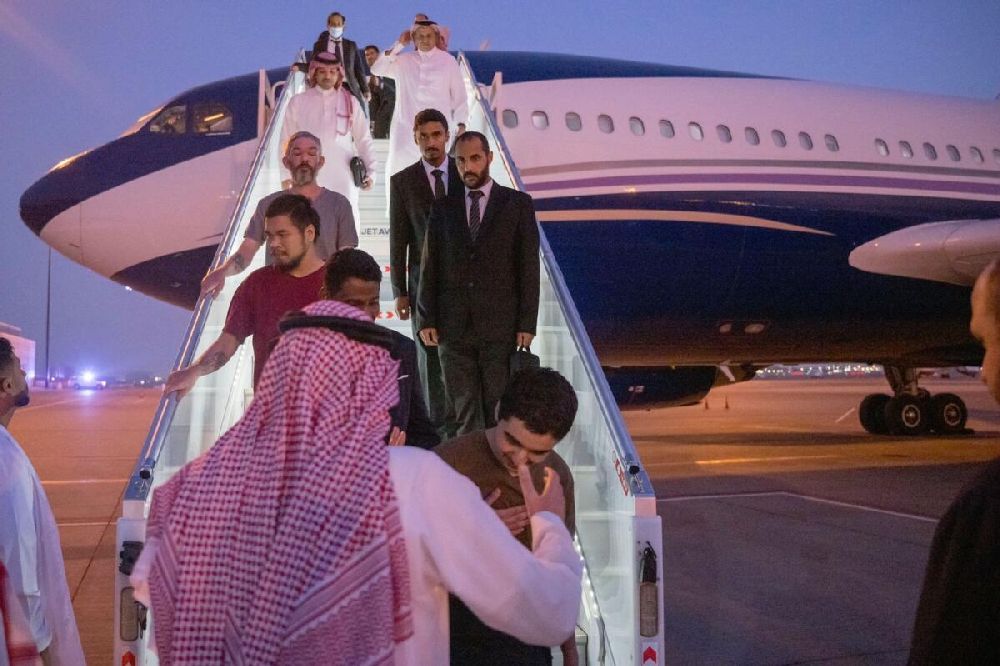 In a statement issued after Truss’ first call with the Saudi crown prince since she took office, a spokesperson also said she “offered the UK’s continued support and encouragement for progress in Saudi Arabia’s domestic reforms.”

The list includes American, British, Croatian, Moroccan and Swedish nationals, the ministry said in a statement, adding that a plane carrying the prisoners landed in the kingdom.

“The relevant Saudi authorities received and transferred them from Russia to the kingdom and are facilitating procedures for their respective countries,” the statement said.

The ministry did not identify the prisoners. A Saudi official said they were five Britons, two Americans, a Croatian, a Morrocan and a Swedish national.