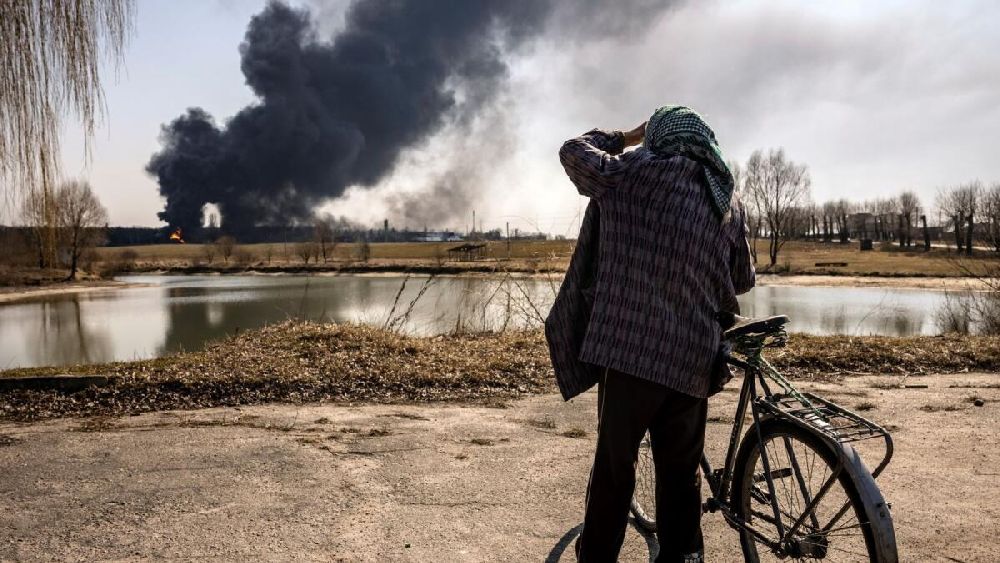 Georgia’s breakaway region of South Ossetia has sent troops to Ukraine to “help protect Russia”, its leader said on Saturday, as Moscow’s military campaign in the neighbouring country entered its 31st day.

“Our guys are going to fulfil their military duty with a proudly raised banner,” the leader of South Ossetia, Anatoly Bibilov, said on Telegram.

He said the troops were “on fire.”

“Because if fascism is not crushed at the distant frontiers, tomorrow it will again manifest itself here.”

He did not say how many troops had been deployed but posted a video showing several buses and trucks on the move.

The announcement came on the 31st day of the Kremlin’s military campaign in pro-Western Ukraine, with thousands of people killed and more than 10 million displaced.

After a month of fighting Russian forces have been unable to break the Ukrainian army’s resistance. On Friday, Russia signalled it may dial back its aims in Ukraine to focus on the east.

In 2008, Russia and Georgia fought a brief but bloody war over South Ossetia.

After the war, Russia recognised South Ossetia, and another separatist region, Abkhazia, as independent statelets and stationed permanent military bases there.

The full-scale offensive on Ukraine has sparked an outpouring of solidarity in Georgia, with hundreds of Georgians joining the Ukrainian army.