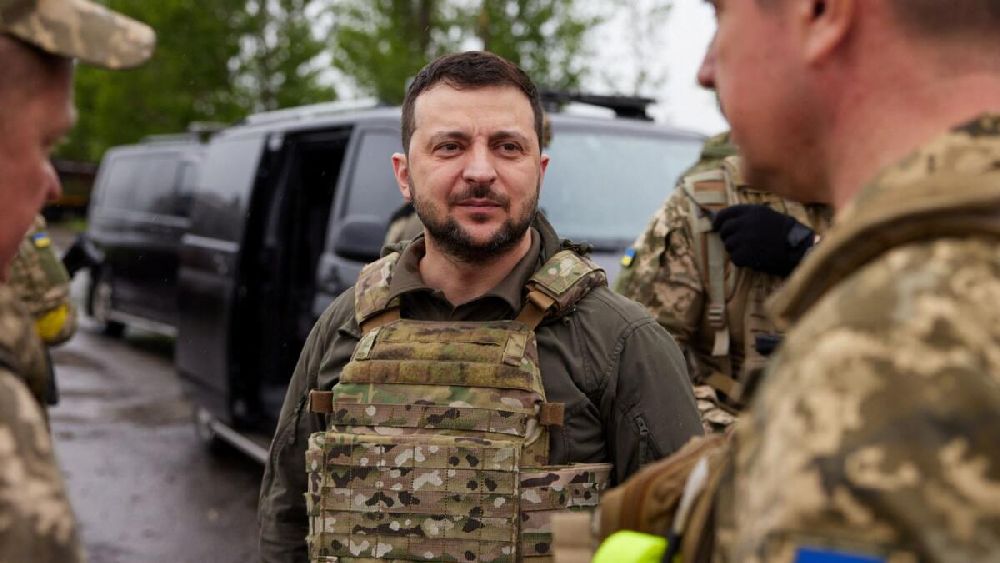 Ukrainian President Volodymyr Zelensky said towns and villages recaptured from Russian forces had been devastated, while a major city stepped up efforts on Thursday to repair damage to its water system from missile attacks.

Kryvyi Rih, the largest city in central Ukraine with an estimated pre-crisis population of 650,000, was hit by eight cruise missiles on Wednesday, officials said.

The strikes hit the Karachunov reservoir dam, Zelensky said in a video address released early on Thursday. The water system had “no military value”, and hundreds of thousands of civilians depend on it daily, he said.

Oleksandr Vilkul, the head of the Krivyi Rih military administration, said in a post on Telegram that 112 homes were flooded but that works to repair the dam on the Inhulets river were underway and that “flooding was receding”.

Russian forces suffered a stunning reversal this month after Ukrainian troops made a rapid armoured thrust in the Kharkiv region in its northeast, forcing a rushed Russian withdrawal.

Zelensky on Wednesday made a surprise visit to Izium – until four days ago Russia’s main bastion in the Kharkiv region – where he watched as the blue-and-yellow Ukrainian flag was raised in front of the charred city council building.

“Our law enforcers are already receiving evidence of murder, torture, and abductions of people by the occupiers,” he said, adding there was “evidence of genocide against Ukrainians”.

“They only destroyed, only seized, only deported. They left devastated villages, and in some of them, there is not a single surviving house,” Zelensky added in the video address.

Zelensky’s video address was released after his return to Kyiv from the Kharkiv region and the following word from his office that his car had collided with a private vehicle in the capital.

“The president was examined by a doctor, no serious injuries were found,” presidential spokesman Serhii Nykyforov said in a Facebook post early on Thursday.

The General Staff of Ukraine’s Armed Forces said on Thursday that Russian forces had launched attacks on several settlements on the Kharkiv frontline in the past 24 hours.

However, Ukraine’s forces continue to consolidate their control of the newly liberated areas in the region, Britain’s defence ministry said in an update on Thursday.

Russian President Vladimir Putin and his Chinese counterpart Xi Jinping are set to discuss Ukraine and Taiwan at a meeting in Uzbekistan on Thursday, which the Kremlin said would hold “special significance”.

Ahead of the meeting, the navies of the two countries were conducting joint tactical manoeuvres and exercises involving artillery and helicopters in the Pacific Ocean.

Moscow and Beijing declared a “no limits” partnership earlier this year, backing each other over standoffs on Ukraine and Taiwan with a promise to collaborate more against the West.

Also on the diplomatic front, the UN General Assembly is on Friday to consider a proposal for Zelensky to address the annual gathering of leaders next week with a pre-recorded video. Russia is opposed to Zelensky speaking.

Away from Ukraine, Russian authorities are facing challenges in other former Soviet states, with deadly fighting between Azerbaijan and Armenia and border guard clashes between Kyrgyzstan and Tajikistan.

Western politicians and military officials have said it was too early to tell whether Ukraine’s recent success marked a turning point because Russia had yet to fully respond.

“We should avoid euphoria. There is still a lot of work to be done to liberate our lands, and Russia has a large number of weapons,” Oleksiy Danilov, secretary of the national security and defence council, said in an online post.

With a pink hood wrapped around her face for warmth, Liubov Sinna, 74, said Izium residents were still fearful.

“Because we lived through this whole six months. We sat it out in cellars. We went through everything it is possible to go through. We absolutely cannot say that we feel safe,” she said.

She said the town stood at the “gates of the Donbas”, the eastern region whose entire capture Putin has talked up as a key objective.

German Chancellor Olaf Scholz, who spoke to Putin over the phone this week, said the Russian president “unfortunately” still did not think his move was a mistake.

Putin says he wants to ensure Russian security and protect Russian speakers in Ukraine. Ukraine and the West accuse Russia of unprovoked aggression.

In a move that suggests Putin had wider aims when he ordered troops into Ukraine on February 24, three people close to the Russian leadership told Reuters that Putin had rejected a provisional deal with Kyiv around the time the fighting began.

They said the deal would have satisfied Russia’s demand that Ukraine stay out of the US-led Western military alliance NATO. The Kremlin said the Reuters report had “absolutely no relation to reality”. It also said Ukraine’s ambitions to join NATO still presented a threat to Russia.