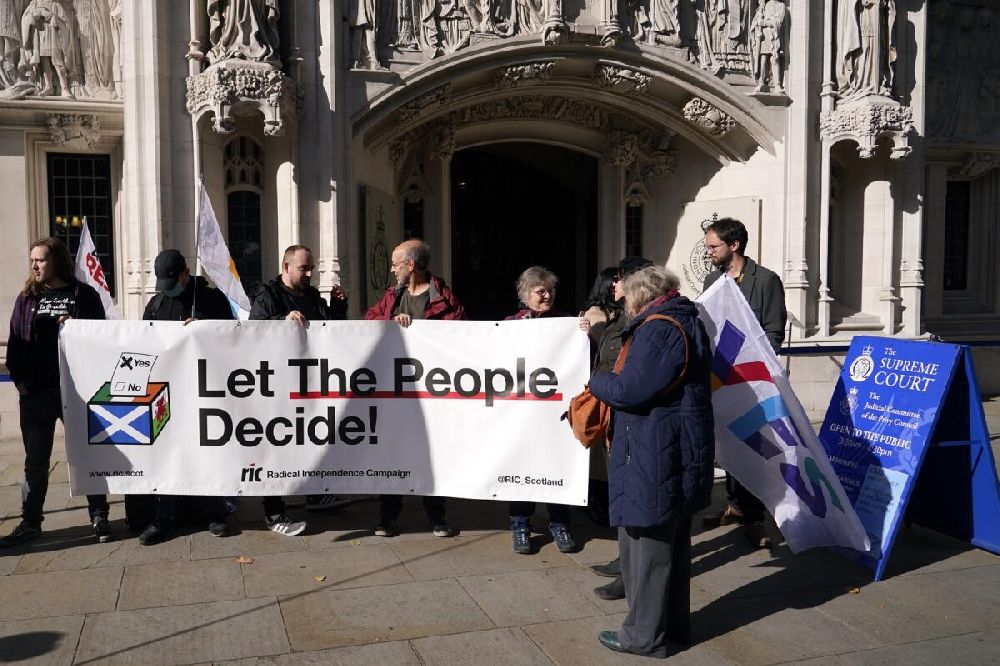 On Wednesday, Britain’s Supreme Court is due to rule on whether Scotland can hold a vote on independence without the consent of the UK government, a case with huge implications for the future of the United Kingdom.

The semi-autonomous Scottish government has asked the top court to decide whether the Scottish Parliament can legislate to hold a referendum next October, with the question:

“Should Scotland be an independent country?”

The Conservative UK government in London refuses to approve a vote, saying that the question was settled in a 2014 referendum that saw Scottish voters reject independence by a margin of 55 per cent to 45 per cent.

The pro-independence government in Edinburgh wants to revisit the decision, though, arguing that Britain’s departure from the European Union — which a majority of Scottish voters opposed — has radically changed the political and economic landscape.

First Minister Nicola Sturgeon argues that she has a democratic mandate from the Scottish people to hold a new secession vote, because there is an independence-supporting majority in the Scottish Parliament.

During Supreme Court hearings last month, Dorothy Bain, the Scottish government’s top law officer, said that the majority of Scottish lawmakers had been elected on commitments to hold a fresh independence referendum. She also said a referendum would be advisory, rather than legally binding — though a “yes” vote would create strong momentum for Scotland to break away.

UK government lawyer James Eadie argued that power to hold a referendum rests with the UK Parliament in London, because “it’s of critical importance to the United Kingdom as a whole”, not just Scotland.

Polls suggest Scots are about evenly split on independence — and also that a majority of voters do not want a new referendum anytime soon.

The five Supreme Court justices deciding the case could rule that Scotland has the authority to hold a referendum, or that it doesn’t – or they could simply refuse to rule at all.

Scottish legal expert Andrew Tickell said that “even if the Scottish government win this and have the opportunity to pass a piece of legislation … this isn’t the end of the story.”

Independence supporters plan to rally outside the Scottish Parliament in Edinburgh and at other sites after the verdict, whatever the outcome.

Scotland and England have been politically united since 1707. Scotland has had its own parliament and government since 1999 and makes its own policies on public health, education and other matters. The UK-wide government in London controls matters such as defence and fiscal policy.

Sturgeon says that if her government lost the court case, she would make the next UK national election a de-facto plebiscite on ending Scotland’s three-century-old union with England. She has not, however, given details of how that would work.