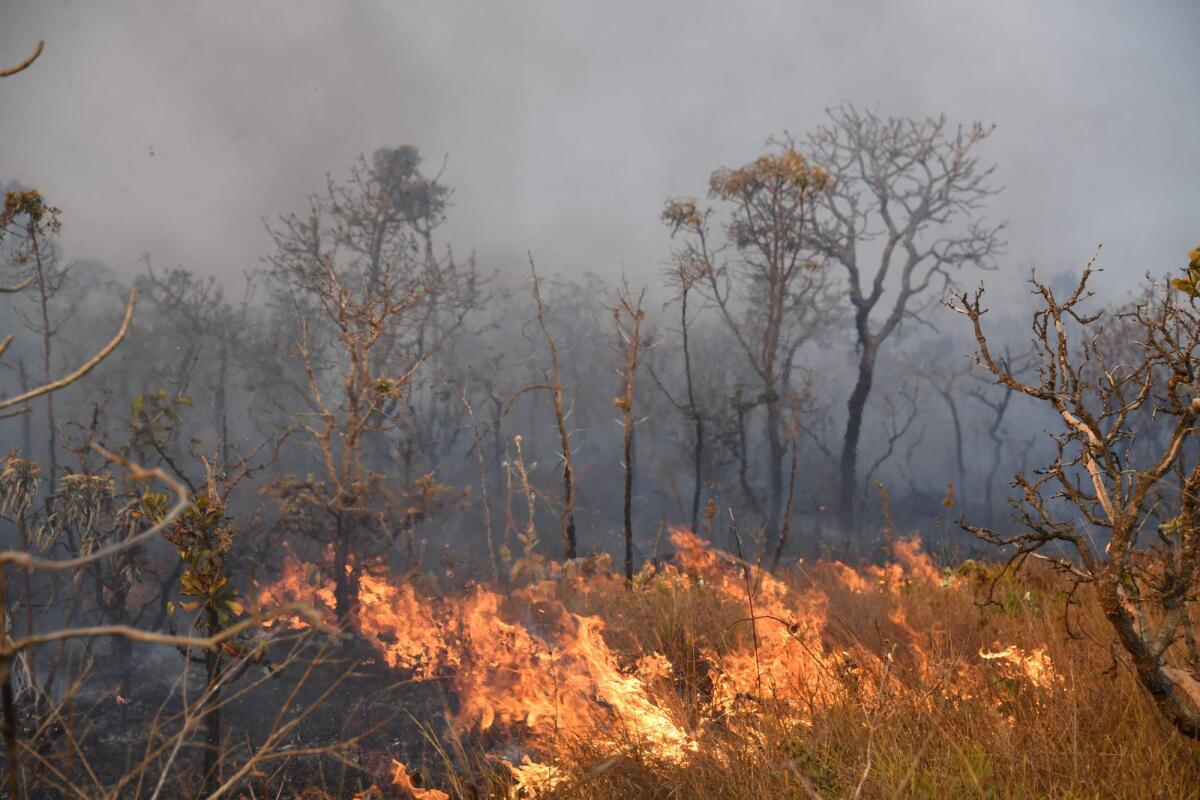 The past eight years were the hottest since records began, the United Nations confirmed Thursday, despite the cooling influence of a drawn-out La Nina weather pattern.

Last year, as the world faced a cascade of unprecedented natural disasters made more likely and deadly by climate change, the average global temperature was about 1.15 degrees Celsius above pre-industrial levels, the World Meteorological Organization said.

The US National Oceanic and Atmospheric Administration and NASA released similar 2022 global temperature figures on Thursday and Bill Nelson, head of the US space agency, described them as “alarming.”

“Extreme weather patterns threaten our well-being across this planet,” he said. “And we need some bold action.”

The WMO, a UN agency, said the past eight years “were the warmest on record globally, fuelled by ever-rising greenhouse gas concentrations and accumulated heat.”

Last year marked the eighth consecutive year that annual global temperatures were at least one degree over the pre-industrial levels seen between 1850 and 1900.

The Paris Agreement, agreed by nearly all the world’s nations in 2015, called for capping global warming at 1.5C, which scientists say would limit climate impacts to manageable levels.

But the WMO warned Thursday that “the likelihood of — temporarily — breaching the 1.5C limit… is increasing with time.”

Russell Vose, NOAA’s chief of climate monitoring, said there is a 50-50 chance that there will be a year in the 2020s above 1.5C, although a sustained average of 1.5C warming is not projected to occur until the late 2030s or 2040s.

The WMO reached its conclusions by consolidating six leading international datasets, including those of NOAA and the European Union’s Copernicus climate monitor (C3S).

The UN agency highlighted that the warmest eight years on record had all been since 2015, despite consecutive La Nina events since 2020.

The weather phenomenon has a cooling effect on global temperatures.

Last year was therefore “just” the fifth or sixth hottest year ever recorded, the WMO said.

The situation last year was more extreme in some places.

Europe endured its second-hottest year ever as France, Britain, Spain and Italy set new average temperature records and heatwaves across the continent were compounded by severe drought conditions, it said.

For the planet as a whole, the WMO said the impact of La Nina, which is expected to end within months, would be “short-lived.”

The weather pattern, it said, “will not reverse the long-term warming trend caused by record levels of heat-trapping greenhouse gases in our atmosphere.”

The WMO said the trend was clear.

“Since the 1980s, each decade has been warmer than the previous one,” it said.

The average temperature for the period 2013-2022 was 1.14C above the pre-industrial baseline.

It stood at 1.09C between 2011 and 2020, according to estimates by the UN’s climate science advisory panel, the IPCC.

This, WMO said, “indicates that long-term warming continues,” with the world “already approaching the lower limit of temperature increase the Paris Agreement seeks to avert.”

Like NASA’s Nelson, the WMO chief Petteri Taalas highlighted extreme weather events in 2020, pointing to floods that submerged a third of Pakistan, record-breaking heatwaves in China, Europe and the Americas, and a drawn-out drought in the Horn of Africa.

So far, only half of the 193 UN member states have such systems, Taalas said.