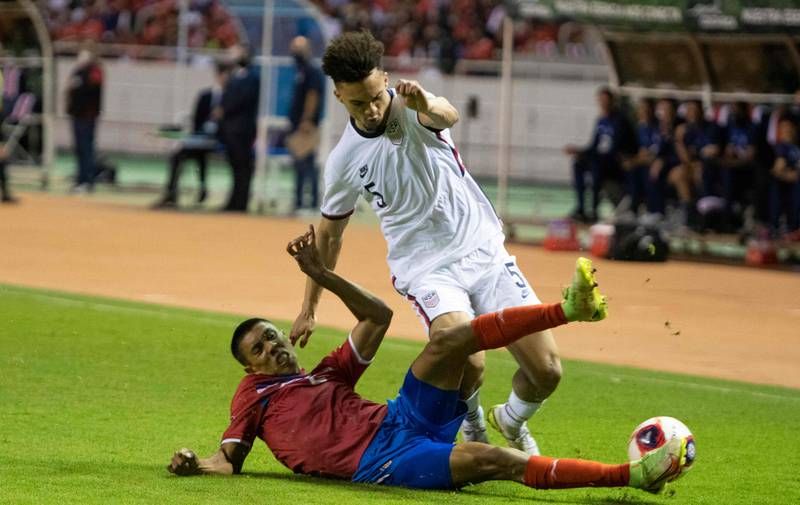 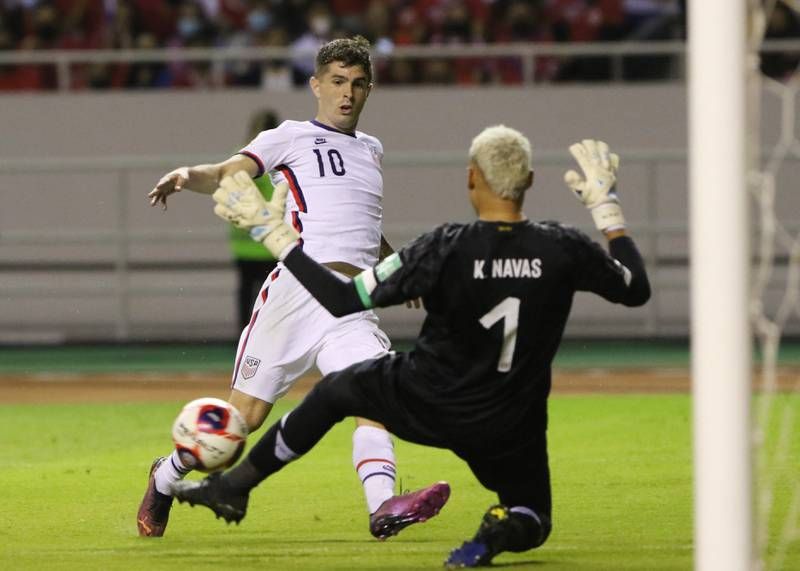 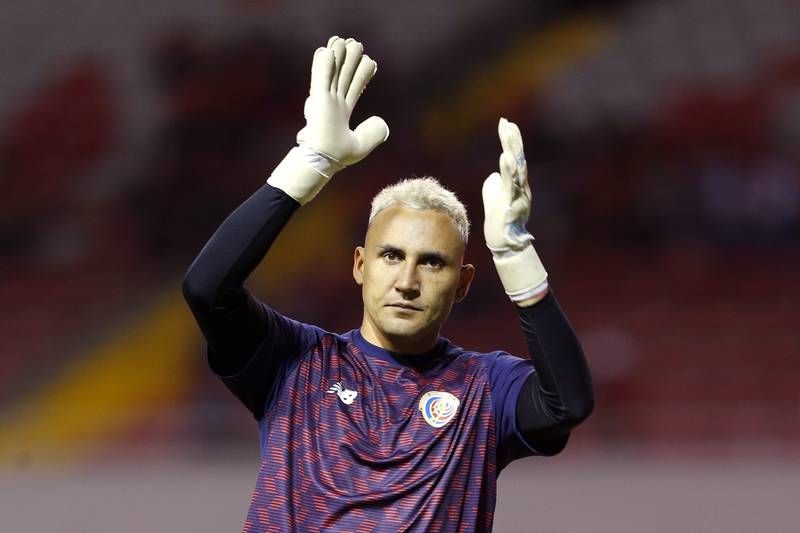 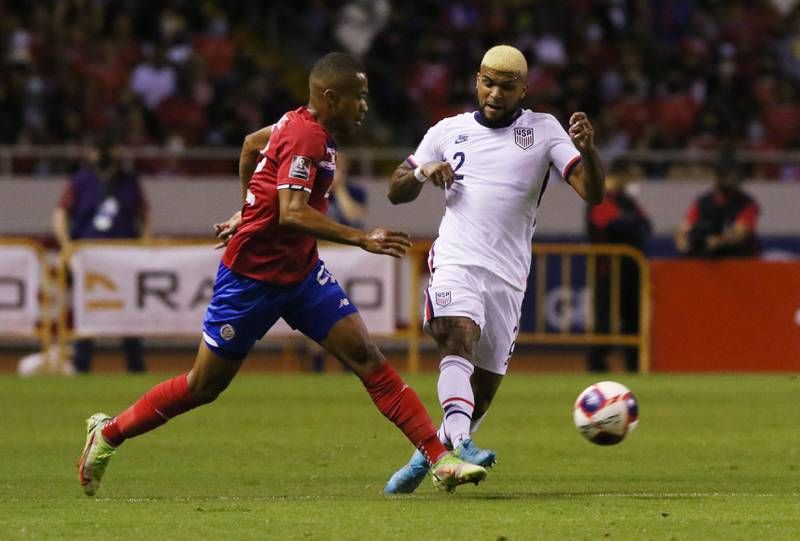 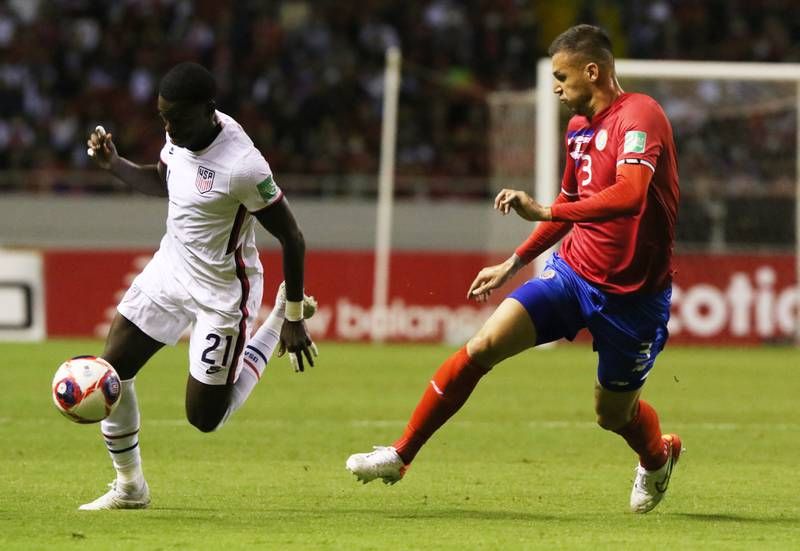 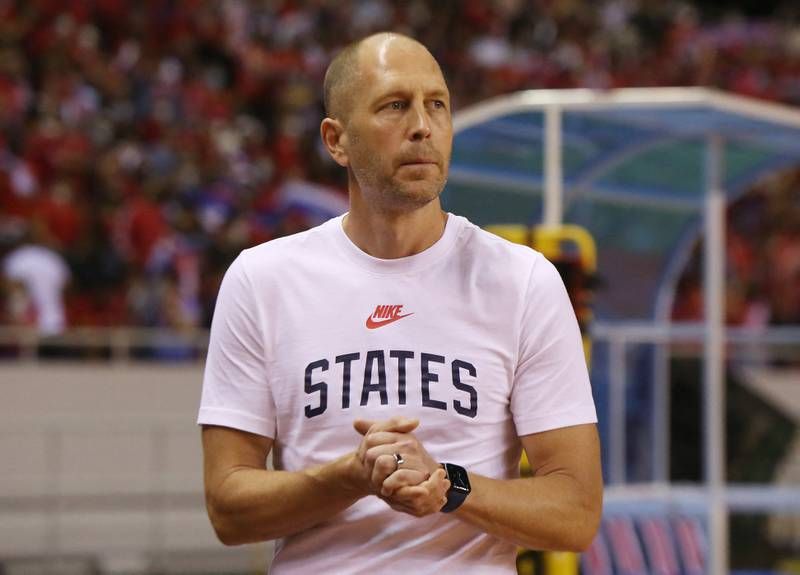 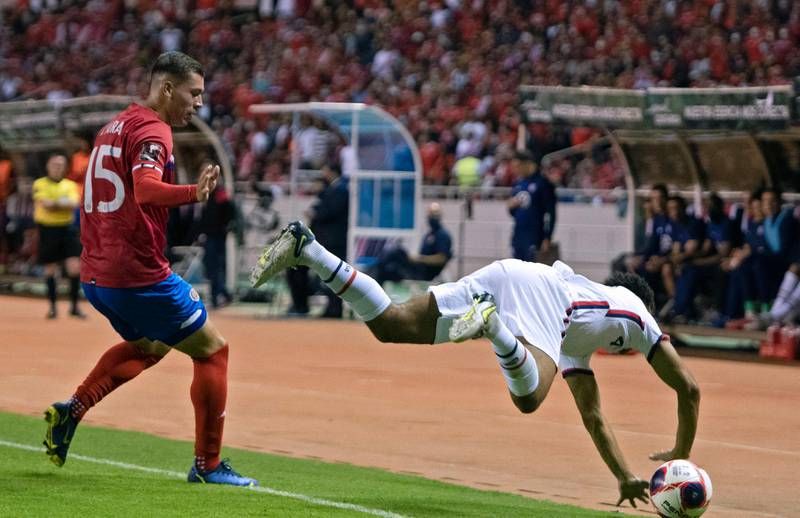 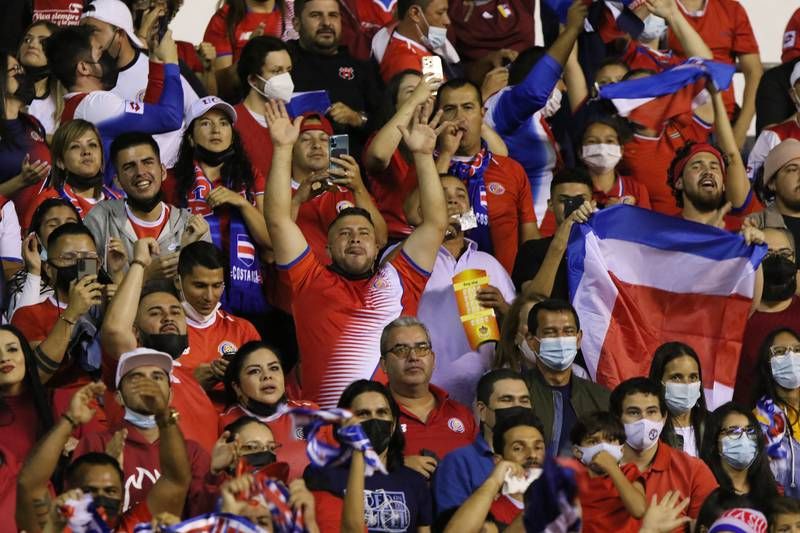 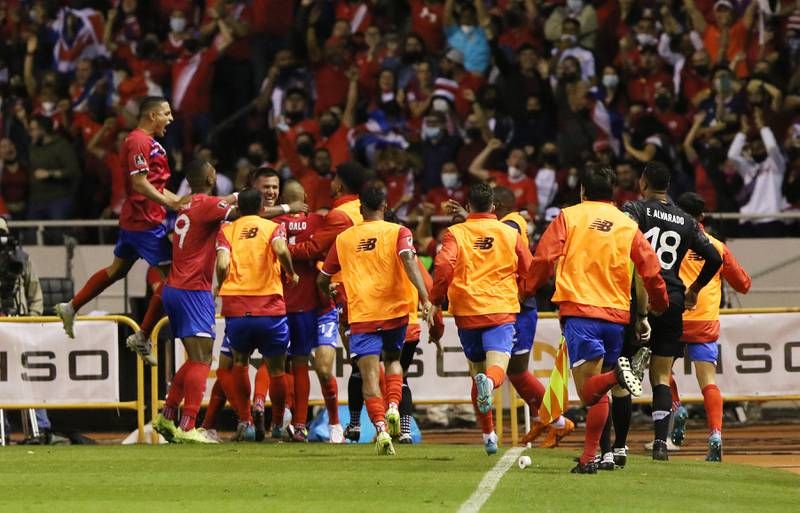 Costa Rica’s Carlos Martinez, left, vies for the ball with USA’s Antonee Robinson during their World Cup 2022 qualifier at the National Stadium in San Jose on Wednesday, March 30, 2022. AFP

The United States secured qualification for the 2022 World Cup in Qatar despite a 2-0 defeat to Costa Rica in San Jose on Wednesday.

On the final matchday of Concacaf qualifying, the United States knew that a win, draw or loss by less than six goals would ensure a return to the World Cup finals after the Americans’ 5-1 rout of Panama at home last weekend gave them a huge goal-difference advantage over Costa Rica. The match went smoothly for the US until Juan Pablo Vargas made it 1-0 in the 51st minute and Anthony Contreras doubled the lead eight minutes later.

Vargas got behind Walker Zimmerman and headed Brandon Aguilera’s corner kick past goalkeeper Zack Steffen in the 51st minute, and Contreras knocked in a cross off a scramble in the 59th after Steffen couldn’t hold onto a free kick.

Victory eluded the US team but they still celebrated a return to the World Cup after the disappointment of not qualifying for the 2018 tournament in Russia when defeat to Trinidad and Tobago derailed their campaign.

“I’m extremely proud of this group,” US star Christian Pulisic said after Wednesday’s result. “It’s a bit of a weird feeling right now because I hate to lose so much. But I’m really proud and I can’t wait to go to the World Cup.

“It’s definitely been a roller coaster. It’s never easy to come down and play in these countries, we know that.

“We battled through most of it. And at the end of the day, we’re at the top three and we’re going to the World Cup so we should be proud.” 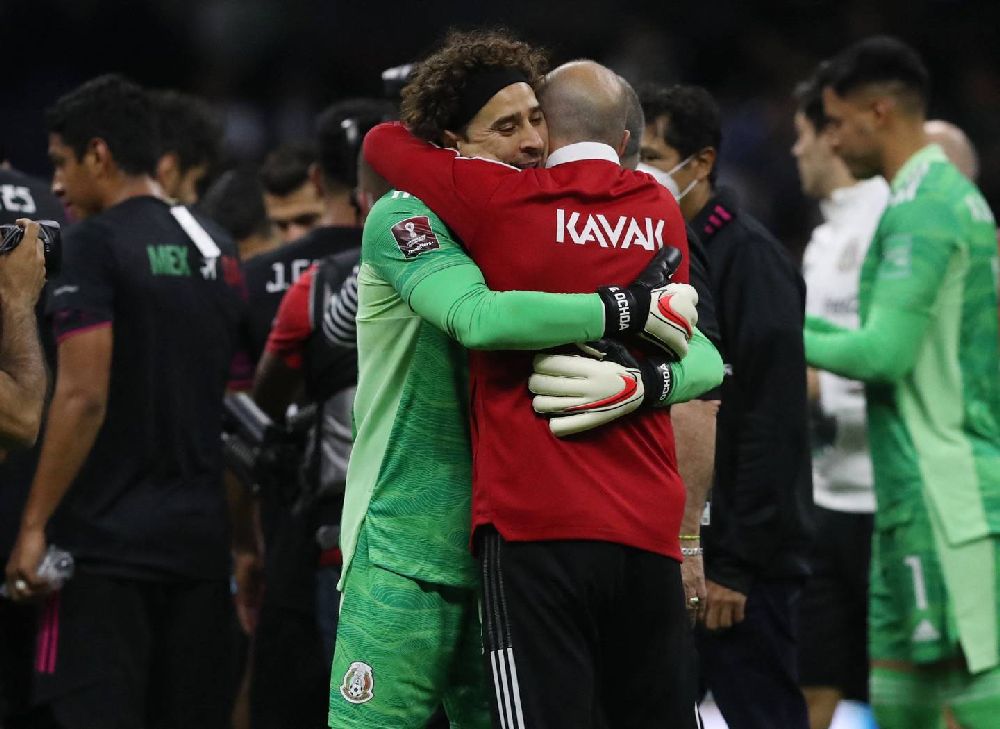 Mexico also booked their World Cup ticket after defeating El Salvador 2-0 in Mexico City to finish second overall ahead of the US and behind Canada.

Mexico ended their see-saw qualifying campaign with a victory which ensures they will continue their record of appearing at every World Cup since the 1994 tournament.

The Mexicans took the lead when Uriel Antuna jabbed home from close range on 17 minutes after a rebound from a Nestor Araujo header.

Wolves striker Raul Jimenez then doubled their lead from the penalty spot to leave ‘El Tri’ on course for Qatar.

Canada had earlier clinched their first World Cup qualification since 1986 after defeating Jamaica in their penultimate match. They lost 1-0 at Panama but still finished top of the group.

Costa Rica finished fourth in Concacaf and will now meet Oceania champion New Zealand in an intercontinental playoff in June for a berth in the 32-nation field.

Pot two will include Croatia, Denmark, Germany, Netherlands, Switzerland, Uruguay, Mexico and the United States. The eight groups will each have four teams.