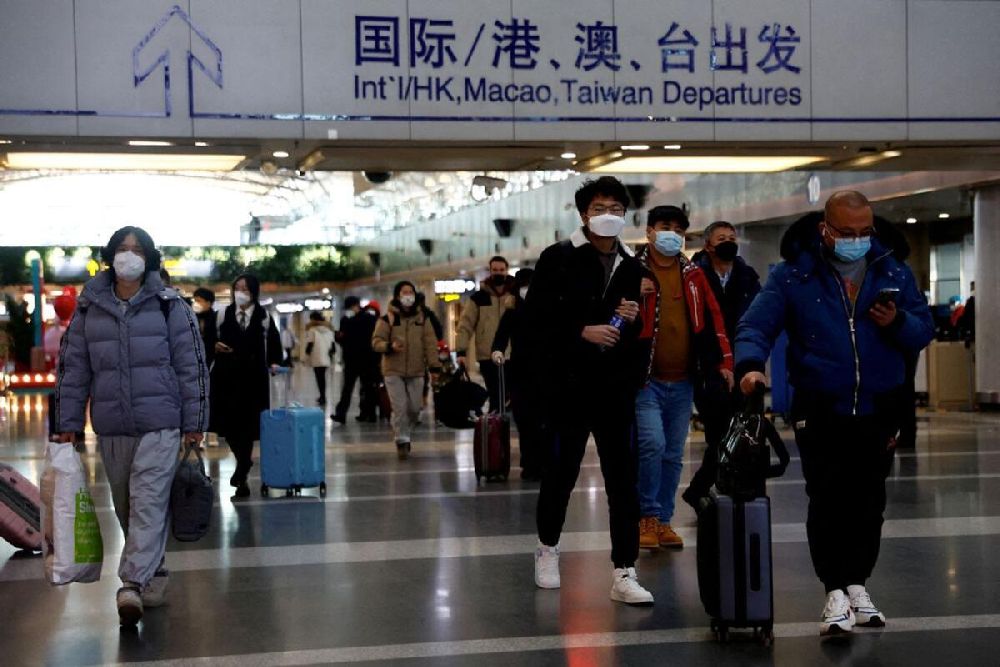 As Covid-19 infections surge in China, the US Centers for Disease Control and Prevention is considering sampling wastewater taken from international aircraft to track any emerging new variants, the agency told Reuters.

Such a policy would offer a better solution to tracking the virus and slowing its entry into the United States than new travel restrictions announced this week by the US and other countries, which require mandatory negative Covid tests for travellers from China, three infectious disease experts told Reuters.

Travel restrictions — such as mandatory testing — have so far failed to significantly curb the spread of Covid and function largely as optics, said Dr. Michael Osterholm, an infectious disease expert at the University of Minnesota.

“They seem to be essential from a political standpoint. I think each government feels like they will be accused of not doing enough to protect their citizens if they don’t do these,” he said.

The United States this week also expanded its voluntary genomic sequencing program at airports, adding Seattle and Los Angeles to the program. That brings the total number of airports gathering information from positive tests to seven, but experts said that may not provide a meaningful sample size.

A better solution would be testing wastewater from airlines, which would offer a clearer picture of how the virus is mutating, given China’s lack of data transparency, said Dr Eric Topol, a genomics expert and director of the Scripps Research Translational Institute in La Jolla, California.

Getting wastewater off planes from China “would be a very good tactic,” Topol said, adding that it was important that the United States upgrade its surveillance tactics “because of China being so unwilling to share its genomic data”.

China has said criticism of its Covid statistics was groundless, and downplayed the risk of new variants, saying that it expected mutations to be more infectious but less severe.

Still, doubts over official Chinese data have prompted many places, including the United States, Italy and Japan, to impose new testing rules on Chinese visitors as Beijing lifted travel controls.

Airplane wastewater analysis is among several options the CDC is considering to help slow the introduction of new variants into the United States from other countries, CDC spokeswoman Kristen Nordlund said in an email.

The agency is grappling with a lack of transparency about Covid in China after the country of 1.4 billion people abruptly lifted strict Covid lockdowns and testing policies, unleashing the virus into an under-vaccinated and previously unexposed population.

French researchers reported in July that airplane wastewater tests showed requiring negative Covid tests before international flights does not protect countries from the spread of new variants. They found the Omicron variant in wastewater from two commercial airplanes that flew from Ethiopia to France in December 2021 — even though passengers had been required to take Covid tests before boarding.

California researchers reported in July that sampling of community wastewater in San Diego detected the presence of the Alpha, Delta, Epsilon and Omicron variants up to 14 days before they started showing up on nasal swabs.

Osterholm and others said mandatory testing before travel to the United States is unlikely to keep new variants out of the country.

“Border closures or border testing really makes very little difference. Maybe it slows it down by a few days,” he said, because the virus is likely to spread worldwide, and could infect people in Europe or elsewhere who may then bring it to the United States.

“I think we should be cautious in how much we expect those data will be able to truly inform our ability to respond,” he said.