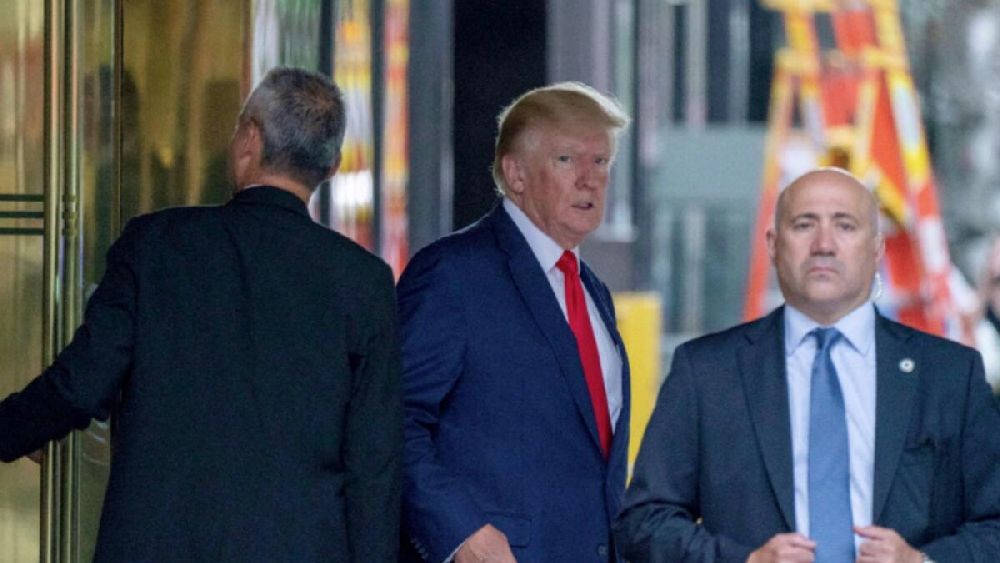 The FBI recovered documents that were labelled “top secret” from former President Donald Trump’s Mar-a-Lago estate in Florida, according to court papers released on Friday after a federal judge unsealed the warrant that authorized the unprecedented search this week.

The seized records include some that were marked as classified and top secret. The court records did not provide specific details about the documents or what information they might contain.

In a statement on Friday, Trump claimed that the documents seized by agents at his Florida club were “all declassified,” and argued that he would have turned over the documents to the Justice Department if asked.

While incumbent presidents have the power to declassify information, that authority lapses as soon as they leave office and it was not clear if the documents in question have ever been declassified. Trump also kept possession of the documents despite multiple requests from agencies, including the National Archives, to turn over presidential records in accordance with federal law.

US Magistrate Judge Bruce Reinhart, the same judge who signed off on the search warrant unsealed the warrant and property receipt Friday at the request of the Justice Department after Attorney General Merrick Garland declared there was “substantial public interest in this matter,” and Trump backed the warrant’s “immediate” release. The Justice Department told the judge Friday afternoon that Trump’s lawyers did not object to the proposal to make it public.

Earlier, media reports said FBI agents took around 20 boxes of items, binders of photos, a handwritten note and the executive grant of clemency for Mr. Trump’s ally Roger Stone. Also included in the list was information about the “President of France,” it reported.

The list of documents is contained in a seven-page document that also includes the warrant to search the premises that was granted to the FBI by Judge Bruce Reinhart.

The reported revelations that Trump had documents labelled “top secret” could create major legal jeopardy for him.

“Top secret” is the highest level of classification, reserved for the country’s most closely held national security information. It is usually kept in special government facilities because its disclosure could cause grave damage to national security.

Numerous federal laws prohibit the mishandling of classified material, including the Espionage Act as well as another statute that prohibits the unauthorized removal and retention of classified documents or material. Trump increased the penalties for this while he was in office, making it a felony punishable by up to five years in prison.

Earlier on Friday, Trump denied a Washington Post report that the FBI search of his Mar-a-Lago home was for possible classified materials related to nuclear weapons, writing on his social media account that the “nuclear weapons issue is a hoax.”

Reuters could not immediately confirm the Washington Post report. Attorney General Merrick Garland has declined to publicly detail the nature of the investigation.

Monday’s search of Trump’s home marked a significant escalation in one of the many federal and state investigations he is facing from his time in office and in private business, including a separate one by the Justice Department into a failed bid by Trump’s allies to overturn the 2020 presidential election by submitting phony slates of electors.

Garland on Thursday announced that the department had asked Reinhart to unseal the warrant that authorized the FBI search of Mar-a-Lago. This followed a claim by Trump that the search was political retribution and a suggestion by him, without evidence, that the FBI may have planted evidence against him.

Late on Thursday, Trump released a statement on social media saying he did not intend to oppose its release.

The search and seizure warrant signed by Reinhart shows that FBI agents sought to search “the 45 Office,” as well as “all storage rooms and all other rooms or areas within the premises used or available to be used by (the former president) and his staff and in which boxes or documents could be stored, including all structures or buildings on the estate,” the Wall Street Journal reported.

The investigation into Trump’s removal of records started this year, after the National Archives and Records Administration, an agency charged with safeguarding presidential records that belong to the public, made a referral to the department.

On Friday, Republican members of the US House of Representatives Intelligence Committee called on Garland and FBI Director Chris Wray to release the affidavit underpinning the warrant, saying the public needs to know.

“Because many other options were available to them, we’re very concerned of the method that was used in raiding Mar-a-Lago,” Representative Michael Turner, the committee’s top Republican, told reporters.

If the affidavit remains sealed, “it will still leave many unanswered questions,” Turner added.

In February, Archivist of the United States David Ferriero told House lawmakers that his agency had been in communication with Trump throughout 2021 about the return of 15 boxes of records. He eventually returned them in January 2022.

At the time, the National Archives was still conducting an inventory, but noted some of the boxes contained items “marked as classified national security information.” Trump previously confirmed that he had agreed to return certain records to the Archives, calling it “an ordinary and routine process.” He also claimed the Archives “did not ‘find’ anything.”

Since Monday’s search, the Justice Department has faced fierce criticism and online threats, which Garland have condemned. Trump supporters and some of his fellow Republicans in Washington have accused Democrats of weaponizing the federal bureaucracy to target him even as he mulls another run for the presidency in 2024.

In another matter, Trump on Wednesday declined to answer questions during an appearance before New York state’s attorney general in a civil investigation into his family’s business practices, citing his constitutional right against self-incrimination.