US judge throws out policy used to block migrant entry 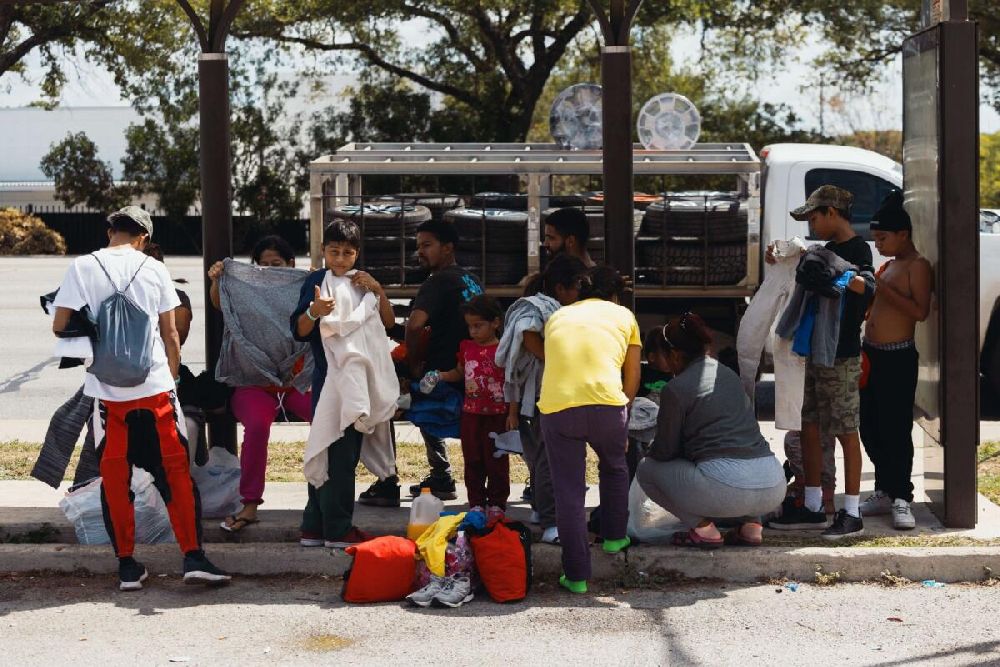 On Tuesday, a US federal judge ruled that the government could not use public health rules to block the entry of asylum-seeking migrants, marking the apparent end of a controversial Donald Trump-era policy that has been criticised as cruel and ineffective.

Judge Emmet Sullivan said Title 42, which has been used to expel thousands of people since being invoked in the early days of the Covid-19 pandemic, was an “arbitrary and capricious” policy that violated government procedures.

The Department of Homeland Security filed a stay motion asking that Tuesday’s decision be suspended for five weeks, but stressed it was doing so only as a transitional measure.

“The delay in implementation of the court’s order will allow the government to prepare for an orderly transition to new policies at the border,” a statement said.

“To be clear, under the unopposed motion, Title 42 would remain in place for some period. During the period of this freeze, we will prepare for an orderly transition to new policies at the border.”

The stay — until midnight on December 21 — would give the government time to put in place tools to stem the flow of migrants at the southern border with Mexico, most of whom ask for asylum.

The ballooning numbers at the border — more than 200,000 have been interdicted each month this year — is an increasing political headache for President Joe Biden and his Democratic Party, whom the Republicans have repeatedly sought to paint as soft on illegal immigration.

Before the ruling, newly re-elected Texas Governor Greg Abbott (a Republican immigration hardliner) took to Twitter to say that he was deploying the national guard and gunboats to turn back migrants.

“I invoked the Invasion Clauses of the US & Texas Constitutions to fully authorise Texas to take unprecedented measures to defend our state against an invasion,” he tweeted.

Those clauses, he said, would allow him to “build a border wall” and “designate Mexican drug cartels as foreign terrorist organisations”.

Tuesday’s ruling came after a lawsuit brought in January by the American Civil Liberties Union, which accused the Department of Homeland Security and Border Patrol of “summary expulsion” of vulnerable families seeking asylum who showed no signs of Covid infection.

“This is a huge victory and one that literally has life-and-death stakes,” said ACLU attorney Lee Gelernt, who led the lawsuit.

“We have said all along that using Title 42 against asylum seekers was inhumane and driven purely by politics. Hopefully this ruling will end this horrific policy once and for all,” he said in a statement.

The ruling comes six months after a Louisiana judge ruled in a separate suit that Biden’s administration, which inherited the Title 42 policy from Donald Trump, could not drop it.

The judge in that case said ending the use of the Title 42 rule would violate official government procedures. While Biden’s team had wanted to end the use of Title 42, it has at the same time continued to rely heavily on the policy.

Border agents logged a record 2.3 million migrant encounters along the land border with Mexico in the year to September 22.

Critics branded Title 42 as “inhumane”, and said it was an ad-hoc immigration plan dressed up as a health policy, but fit for neither purpose.

The measure, originally placed on the books in the 19th century in an effort to control contagious diseases, allows for the immediate removal of any foreigner or non-resident trying to enter the country without a visa.

There is no legal process, or any formal deportation to the country of origin, and a border agent can apply a Title 42 expulsion without the lengthy interview process usually required.

However, unlike a regular expulsion, which usually results in some kind of ban on attempting to re-enter the United States, a Title 42 expulsion comes with no black mark.

Some have noted that this means anyone who is apprehended while illegally crossing can simply try again.

Aaron Reichlin-Melnick, director of policy for the American Immigration Council said Title 42 had been “a failed border management policy that caused chaos along the border, immeasurable harm to innocent people seeking our protection, and diminished our standing on the world stage”.

“Judge Sullivan’s decision is … a long overdue step toward rebuilding a humanitarian protection system at the border that is safe, humane, and orderly.”