US moves to help Iranians access Internet as protesters rally 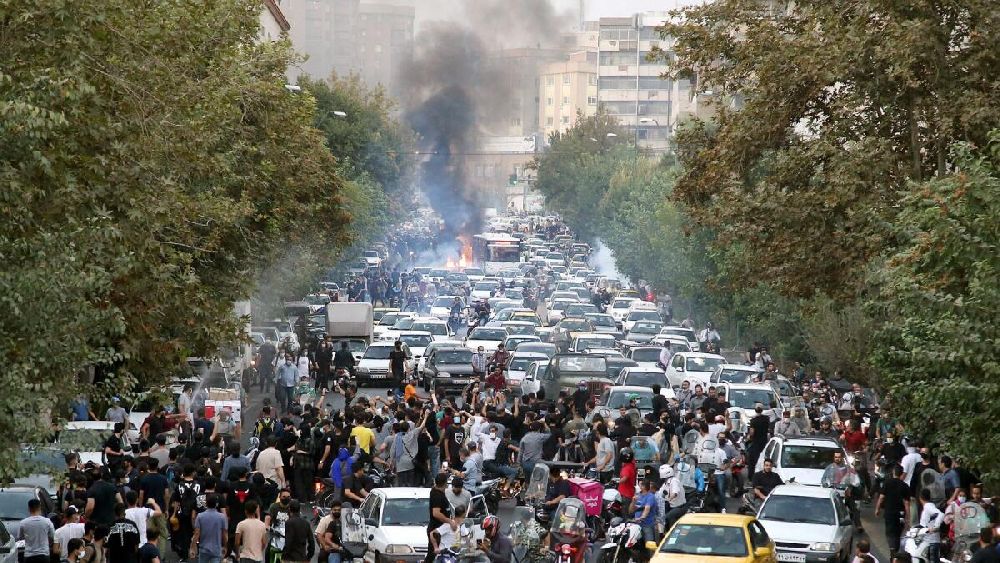 The United States announced on Friday it was easing export restrictions to improve Iranians’ access to the Internet, which the Tehran government has severely curbed amid a crackdown on protesters.

In the aftermath of a woman’s death in the custody of the country’s morality police, Iran cut off Internet services to much of the population in what the United States said was a bid “to prevent the world from watching its violent crackdown on peaceful protesters.”

“In the face of these steps, we are going to help make sure the Iranian people are not kept isolated and in the dark,” US Secretary of State Antony Blinken said.

“This is a concrete step to provide meaningful support to Iranians demanding that their basic rights be respected.”

Iran has been rocked by a week of bloody protests over the death last week of Mahsa Amini, who was arrested for “improperly” wearing the headscarf.

The 22-year-old Kurdish woman spent three days in a coma after being detained.

The US move will allow technology companies to “expand the range of internet services available to Iranians,” Deputy Treasury Secretary Wally Adeyemo said in a statement.

The modified export licensce will allow access to software, including anti-virus and malware tools, as well as cloud computing and video conferencing services to support “access to fact-based information to the Iranian people,” Treasury said.

Blinken said the latest steps “advance our efforts and commitments to ensure that the Iranian people can freely access information online,” and “help counter the Iranian government’s efforts to surveil and censor its citizens.”

“It is clear that the Iranian government is afraid of its own people,” Blinken said in a statement.

However, officials acknowledged to reporters that the move may not have an immediate impact as it “does not remove every tool of communications repression.”

“It will over time give the Iranian people more tools to address those repressive efforts from the Iranian government,” a senior State Department official said in a conference call.

Billionaire Elon Musk said recently he would ask the Treasury to allow an export license to authorize his Starlink satellite internet firm to provide services to Iran, but Friday’s move focuses on software rather than hardware.

Musk, who said on Twitter earlier this week that Starlink had been made available on every continent, earlier this year supplied antennas and modems to the Ukrainian military to improve its communications in its war with Russia.

“Starlink will apply for an exemption from sanctions against Iran,” Musk tweeted.

A bipartisan group of US lawmakers sent a letter this week to Treasury Secretary Janet Yellen urging her to ease restrictions on internet services to Iran.

The letter called on the department “to clarify rules on provision of services to the Iranian people,” and “expedite any related license requests from companies … including from Starlink.”

A senior Treasury official told reporters that the general export license does not cover hardware “so that would be something they would need to write into Treasury for.”

But Treasury would “welcome Starlink and others to apply,” the official said.