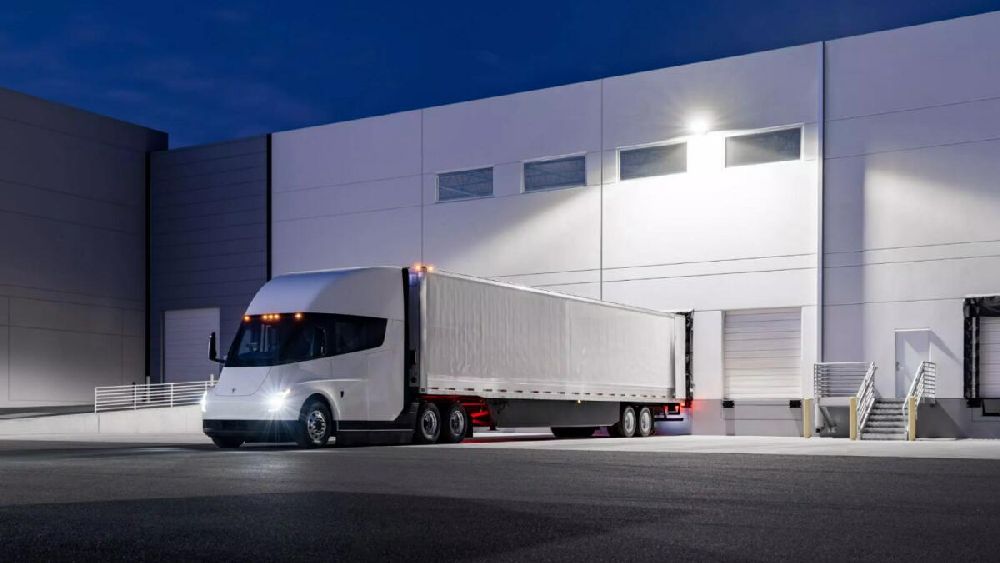 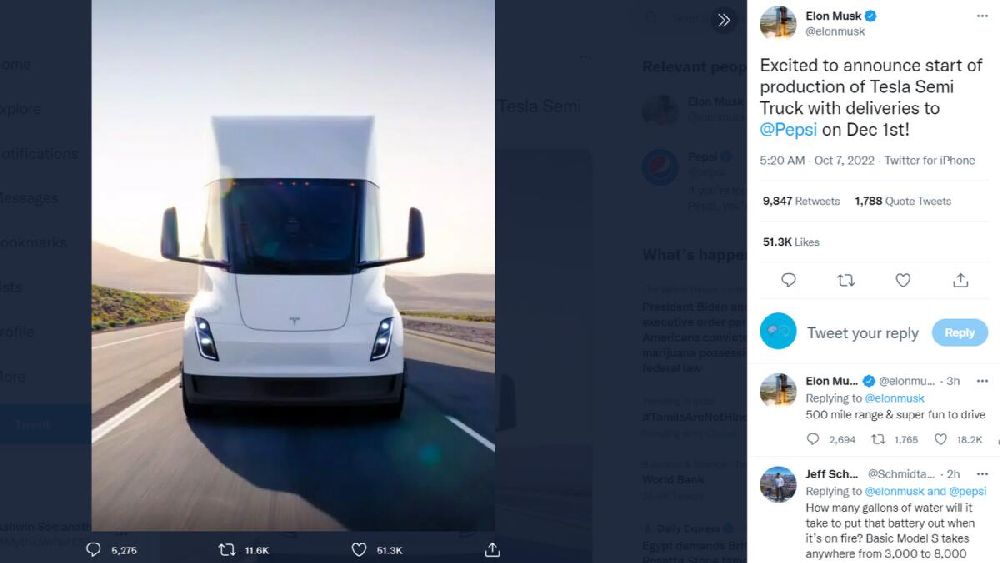 When Musk unveiled the prototype of the futuristic, battery-powered Semi in 2017, he said the Class 8 truck would go into production by 2019.

However, the timeline has been pushed multiple times, partly due to shortages, and Musk said the production would be delayed to next year. In August, he announced the planned production of the truck.

In a follow-up tweet, Musk reiterated that the vehicle had a range of 500 miles (805 km). It was not immediately clear how many Semi trucks the electric vehicle maker plans to produce.

The truck is expected to cost $180,000, although it would qualify for a tax break of up to $40,000 under a US subsidy program approved by the Senate.

Back in 2017, PepsiCo had reserved 100 of Tesla’s semi electric trucks, as it sought to reduce fuel costs and fleet emissions.

In an interview with CNBC last year, PepsiCo’s top boss Ramon Laguarta had said that transportation accounted for 10 per cent of the company’s gas emissions.

The maker of Mountain Dew soda and Doritos chips had previously said it aimed to use the trucks to ship snack foods and beverages between manufacturing and distribution centres, as well as to retailers.

PepsiCo did not immediately respond to a Reuters’ request for comment.