The US will ensure additional LNG volumes for the EU market of at least 15 billion cubic metres in 2022, with expected increases going forward 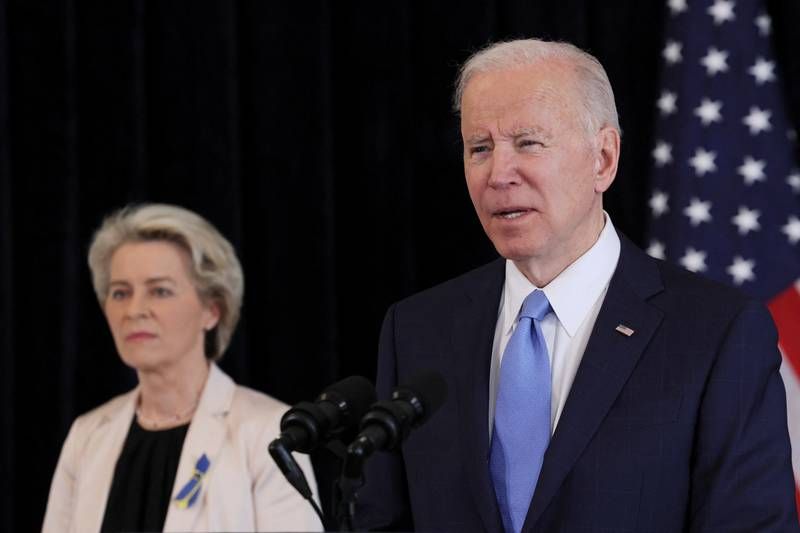 The US and EU announced a joint task force that will increase liquefied natural gas supplies to reduce European dependence on Russian gas and fossil fuels.

The Task Force for Energy Security will be chaired by representatives of the White House and the office of the European Commission’s president. It aims to ensure the energy security of Ukraine and the EU before the coming winter and the next one, the White House said on Friday.

The task force aims to diversify LNG supplies in alignment with climate objectives, and reduce demand for natural gas. The US will ensure additional LNG volumes for the EU market of at least 15 billion cubic metres (bcm) in 2022, with expected increases going forward.

“The US and the European Commission will undertake efforts to reduce the greenhouse gas intensity of all new LNG infrastructure and associated pipelines, including through using clean energy to power on-site operations, reducing methane leakage and building clean and renewable hydrogen-ready infrastructure,” the White House said.

It also supplies about 40 per cent of Europe’s gas while its crude accounts for about 3 per cent of US oil imports, equal to about 200,000 barrels a day. Russian imports make up 8 per cent of total UK oil demand. On Wednesday, Russian President Vladimir Putin said his country would only accept payment in roubles from hostile nations for Moscow’s gas, which caused European gas prices to soar 30 per cent.

The US announced this month that it would ban crude, gas and coal imports from Russia, while the UK will phase out imports of Russian oil during the course of the year. Increasing US LNG imports by the end of the year by at least 15 bcm is only a fraction of the gas the EU receives from Russia “but is a step in the right direction as talks continue with other producers that will enable it to fill up stores ahead of next winter and eventually end the relationship in another blow to the Kremlin”, said Craig Erlam, a senior market analyst at Oanda.

The European Commission will work on upgrading the regulatory framework for the security of energy supplies and storage, the White House said. It will also work with EU member states to hasten regulatory procedures to review and determine approvals for LNG import infrastructure.

The US and the European Commission will engage key stakeholders, including the private sector, to immediately put in place recommendations that reduce overall gas demand by accelerating market adoption of clean energy measures.

The White House said immediate reductions can be achieved by ramping up demand response devices, including smart thermostats, as well as the use of heat pumps.

Reductions through energy savings in homes can replace 15.5 bcm this year, while accelerating wind and solar development can replace 20 bcm in 2022. The EU’s existing plans can help in saving 170 bcm a year by 2030.

“We will continue to collaborate to advance the production and use of clean and renewable hydrogen to displace unabated fossil fuels and cut greenhouse gas emissions, which will include both technology and supporting infrastructure,” the White House said.