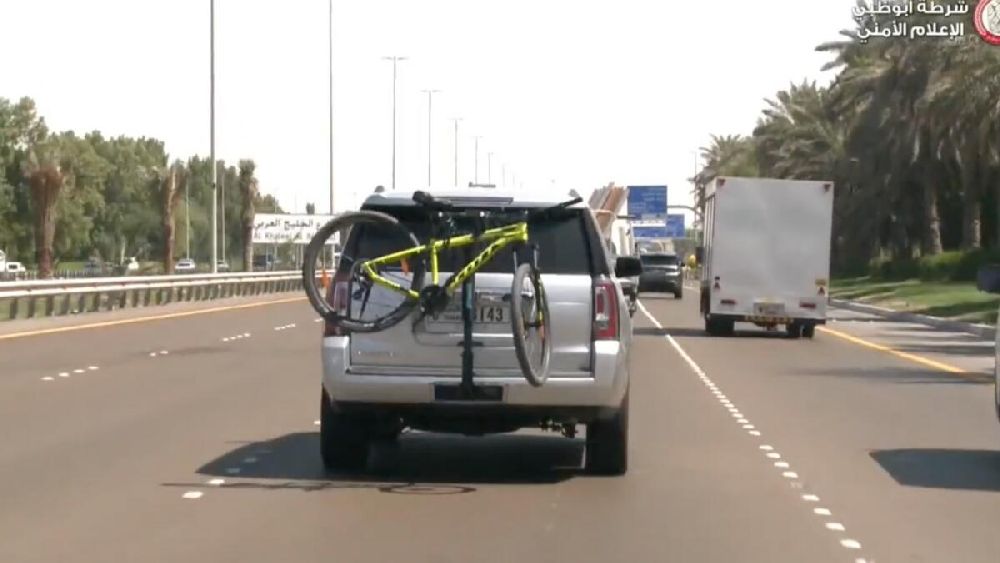 Abu Dhabi Police said it fined 4,200 drivers of trucks and light vehicles for covering registered number plates during the first six months of 2022.

The fine for hiding a vehicle number plate is Dh400.

According to police, some motorists cover number plates while carrying loads or bicycles on the rear portion of their vehicles. Others deliberately cover them in a bid to evade radars and cameras installed on roads and highways.

“Drivers should be careful when carrying loads in the rear portion of their vehicles to avoid covering the number plates as this is a violation of traffic rules,” said police.

Officers said they had tightened control over traffic on all roads and that such violations are monitored, followed up and photographed accurately, and the perpetrators are penalised in accordance with the law.

Police had earlier said that it caught drivers who used electronic covers and other materials on their registered number plates to evade radars.

However, these errant drivers were caught because of the installation of hi-tech cameras on roads and highways.

The police have warned these unruly drivers, who try to evade the long arm of the law after being found to be involved in road accidents.

Authorities have also called on owners of trailers and semi-trailers to adhere to all safety requirements including installing a red rear lamp and a reflective panel on the vehicle to alert other road users.