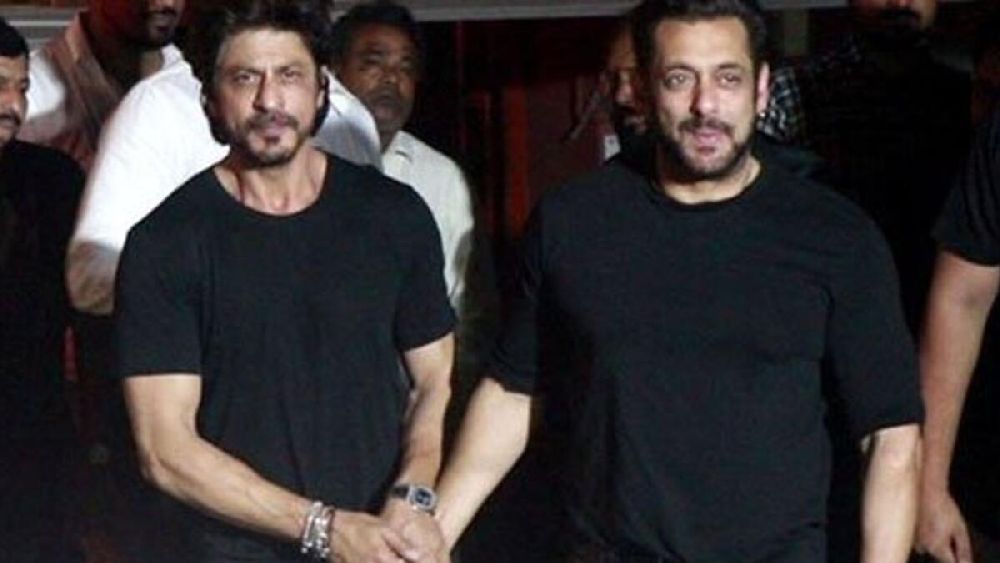 Salman donned a black t-shirt with black jeans, and Shah Rukh, on the other hand, was also seen in an all-black attire.

While several stars attended the birthday bash, the highlight undoubtedly was the ‘bromance’ moment between the two megastars, Salman and Shah Rukh. The birthday man was spotted dropping off the latter to his car, and the two were seen sharing multiple hugs. The superstars happily posed together for the shutterbugs.

In the video below, the two superstars walked hand-in-hand to Shah Rukh’s car. They hugged thrice as fans screamed wishes towards Salman and asked them to pose together. And they did. That is bromance at its best, and a heartwarming moment for the internet to see two of the biggest Bollywood stars united.

On the work front, Salman has recently finished shooting for Kisi Ka Bhai Kisi Ki Jaan. It is an action-packed entertainer directed by Farhad Samji and also features Pooja Hegde and Venkatesh Daggubati in the lead.

Shehnaaz Gill, Palak Tiwari and Vijender Singh are also a part of the film. The film is now slated to hit the theatres on Eid 2023.

Recently, the Sultan actor also announced the new release date of his following action thriller film Tiger 3 which was previously scheduled to hit the theatres on April 23, 2023, and will now be releasing on the occasion of Diwali 2023.