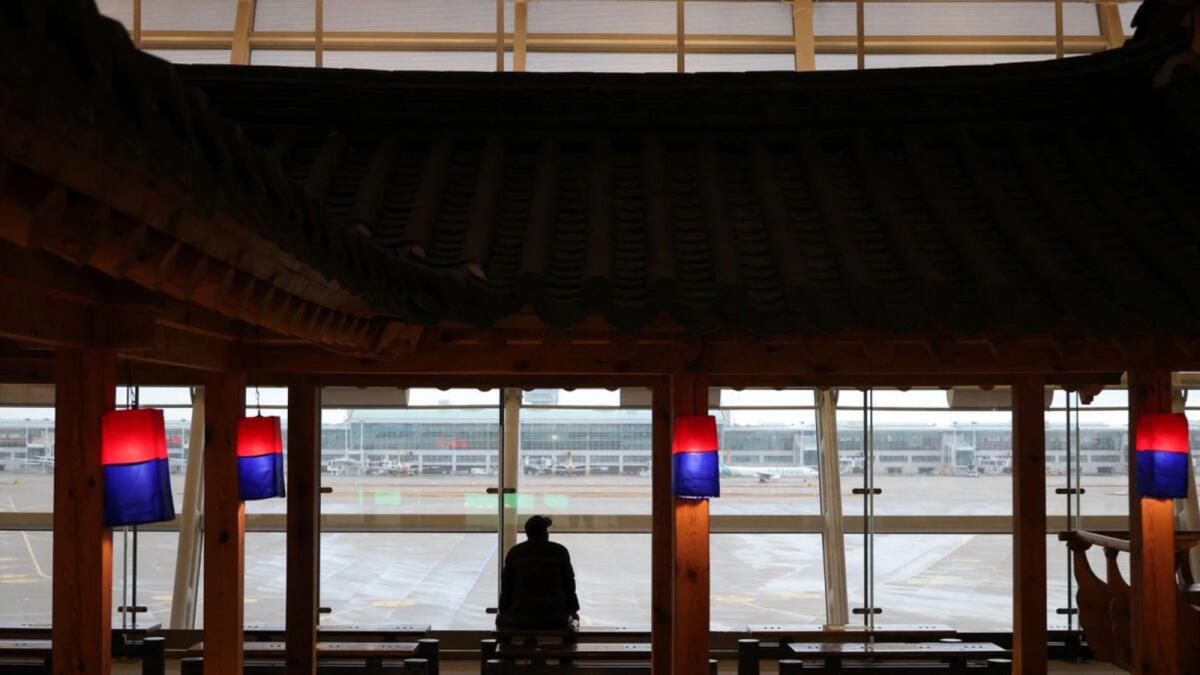 South Korea authorities said on Wednesday they were trying to track down a Chinese national who tested positive for Covid-19 upon arrival but went missing while waiting at a quarantine facility.

The person tested positive after arriving at Incheon International Airport near Seoul late on Tuesday and was transferred to a nearby hotel to await admission to quarantine, but then went missing, a health official said.

The individual, who was not identified, has been placed on a wanted list, the official, Kim Joo-young, said. The person could be subject to up to one year in prison, or 10 million won (around Dh28,800) in fines, if convicted of violating the Infectious Disease Control and Prevention Act, he said.

“And the person would be deported and banned from entering the country for a certain period of time,” Kim told a media briefing.

A total of 2,189 people have arrived from China since January 2.

The 590 test results so far showed that 136 people, or 22.7 per cent, were infected with Covid-19, the Korea Disease Control and Prevention Agency (KDCA) said.

The case of the missing Chinese national triggered questions in the media about South Korea’s system to control and manage infected inbound travellers.

Kim, the health official, expressed regret that the authorities could not head off such an incident, calling it a “disgrace.”

“Going forward, we will dispatch more personnel including police to prevent this from recurring,” he said.