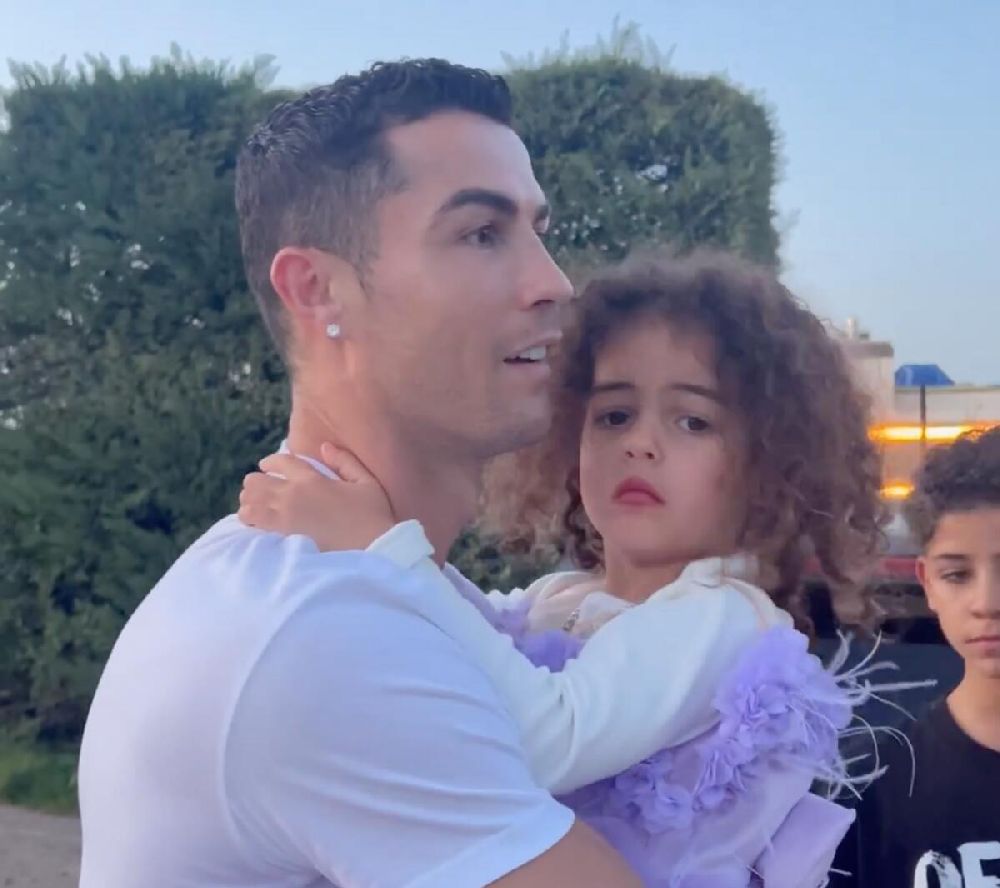 The Spanish model, 28, took to Instagram to share a video with her 43 million followers that showed her leading the player out onto the driveway of their shared home, where the convertible – complete with a giant red bow – awaited him.

The Portugese footballer cradled his daughter in his arms as looked at his present in disbelief.

The 37-year-old endured a disappointing World Cup with Portugal, scoring just once and eventually having to settle for a substitute role in their knockout games.

He is now a free agent after leaving Manchester United in November. Saudi Arabia’s Al Nassr were reported to be leading the chase for Ronaldo earlier in December, and though a deal has not yet been struck, the club’s sporting director Marcelo Salazar says they will bide their time.

“I’m not allowed to say yes or no,” he quipped when asked if Ronaldo featured in his plans for the immediate future.

“Let’s wait and see how things unfold until the end of the year.”