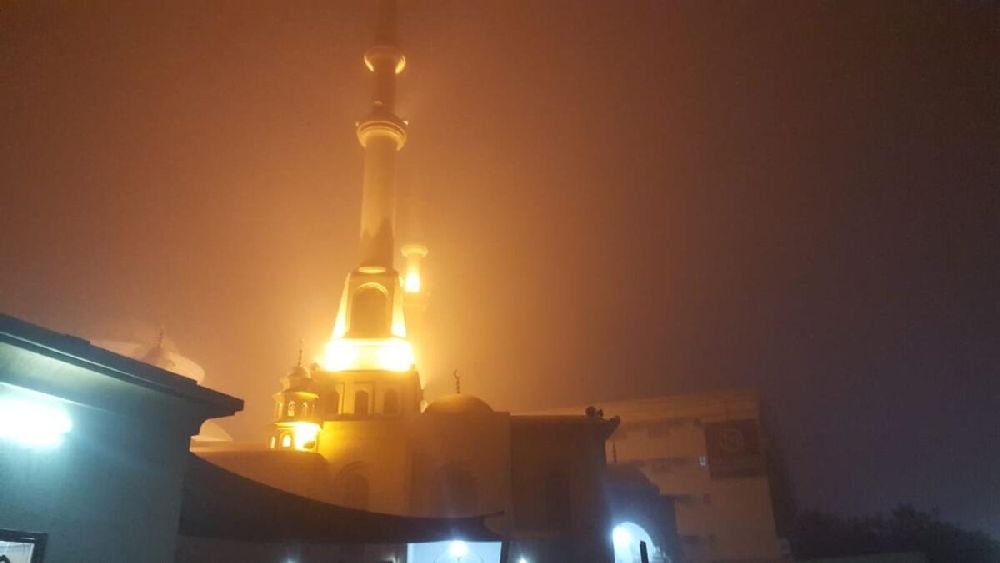 UAE weather: Humid by night, temperatures to drop to 13ºC

The UAE will experience a cloudy weather with chances of fog formation during the coming days, according to the the National Centre of Meteorology (NCM).

In their latest report issued on Monday evening, the NCM said from Tuesday to Saturday, there will be fog or mist formation by morning over some internal and coastal areas.

A video by Twitter handle ‘Storm_centre’ shows the extent of fog on the roads.

The weather will be fair in general and partly cloudy at times especially Eastward, according to forecasters.

“The country will also experience light to moderate winds in the south-east to north-west direction, with a speed of 10 – 20 reaching 30 km/h,” said the report.

The sea will be slight in Arabian Gulf and in Oman Sea.

In a separate report, the NCM said there will be a chance of fog formation with a deterioration in horizontal visibility, which will drop even further at times over some coastal and internal areas from midnight until 9am on Tuesday, October 18.

Motorists have been urged to be cautious on the roads in the coming days, especially during early morning hours due to the low visibility.

UAE weather: Humid by night, temperatures to drop to 13ºC

. The day will be fair to partly cloudy in general, the National Centre of Meteorology has said. It will be humid by night and Sunday morning with a probability of mist...

. The National Emergency Crisis and Disaster Management Authority (NCEMA) on Friday, announced the full preparedness and readiness of all concerned authorities in dealing with the rainy season and weather changes. NCEMA...

. The day will be fair to partly cloudy in general, some clouds to appear Eastward by afternoon, the National Centre of Meteorology has said. It will be humid by night and...

UAE weather: Humid by night; temperature to drop to 22°C

. The weather in the UAE on Thursday will be fair to partly cloudy in general. Clouds appearing over the country, particularly in its Eastern regions, may become convective by afternoon. It...