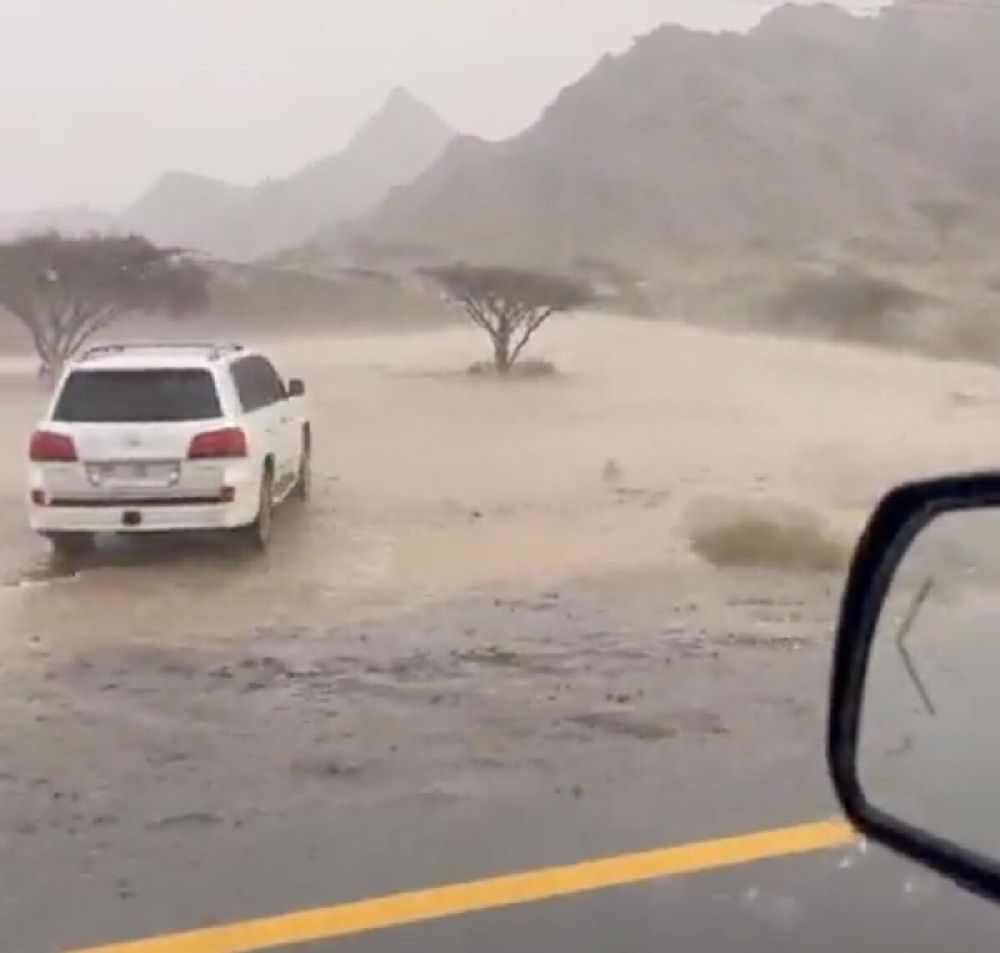 Heavy rain is pouring down on parts of the UAE, with the National Centre of Meteorology (NCM) and the UAE’s Ministry of Interior issuing safety alerts warning residents and motorists to take extra precautions when venturing out in these weather conditions.

Weather-related social media handle Storm Centre posted a video showing motorists manoeuvring their cars through pouring rain on a road in the Masafi area in the eastern parts of the country.

Another video posted by the handle shows hail on the same road, with the stones bouncing along the road amidst the torrential rain.

In light of the extreme weather conditions, the UAE’s Ministry of Interior has issued a safety warning to residents. Given the current weather conditions across several areas of the country, the authority said, including “various levels of rain and winds, sometimes accompanied by thunder and lightning, and reduced visibility”, residents have been asked to exercise extra caution.

Avoid water ponds and fast-moving streams, the Ministry warns. Residents have also been asked to avoid the sea and beaches.

Finally, motorists have been asked to reduce their speed on roads while driving through hazardous weather conditions.

The NCM have also issued yellow and orange alerts over parts of the country. While yellow alerts warn residents to be on the lookout, orange alerts caution them to be on alert as hazardous weather events are expected. They are also urged to comply with advice issued by authorities.

Earlier, the NCM had issued a fog alert, warning residents of fog formation with a “deterioration in horizontal visibility, which may drop even further at times over some internal eastern areas from 4.40am to 9am.”

. The weather in the UAE will be fair to partly cloudy in general, according to the National Centre of Meteorology (NCM). It will be humid by night and Friday morning, with...

. The weather in the UAE will be partly cloudy in general, according to the National Centre of Meteorology (NCM). It will be humid by night and Thursday morning, with a probability...

. The weather in the UAE will be partly cloudy in general, according to the National Centre of Meteorology (NCM). Yellow and red alerts have been issued for fog as horizontal visibility...

. The day will be partly cloudy in general, the National Centre of Meteorology has said. Red and yellow fog alerts have been issued. A rough sea alert has also been put...