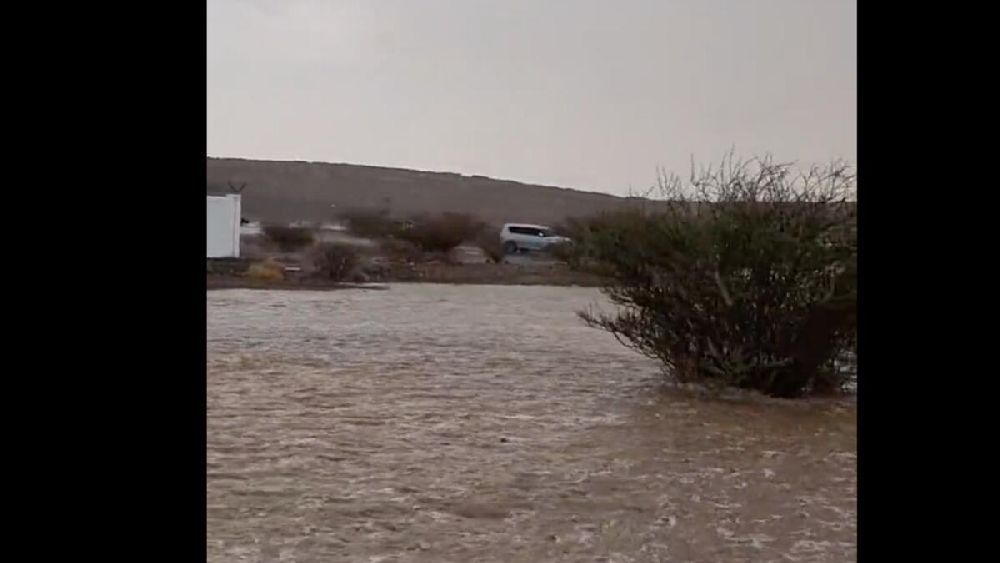 The UAE’s weather department issued an alert on Tuesday and warned residents of hazardous weather as heavy rains hit several parts of the country, including Saa, Malaqit area in Al Ain.

The National Centre of Meteorology (NCM) issued an orange and yellow alert for rains in some areas. Orange alert signifies that hazardous weather events are expected, and residents are required to comply with advice issued by the authorities.

After a devastating flooding in the country last week, NCM is urging residents to take precautions in case of heavy rains. 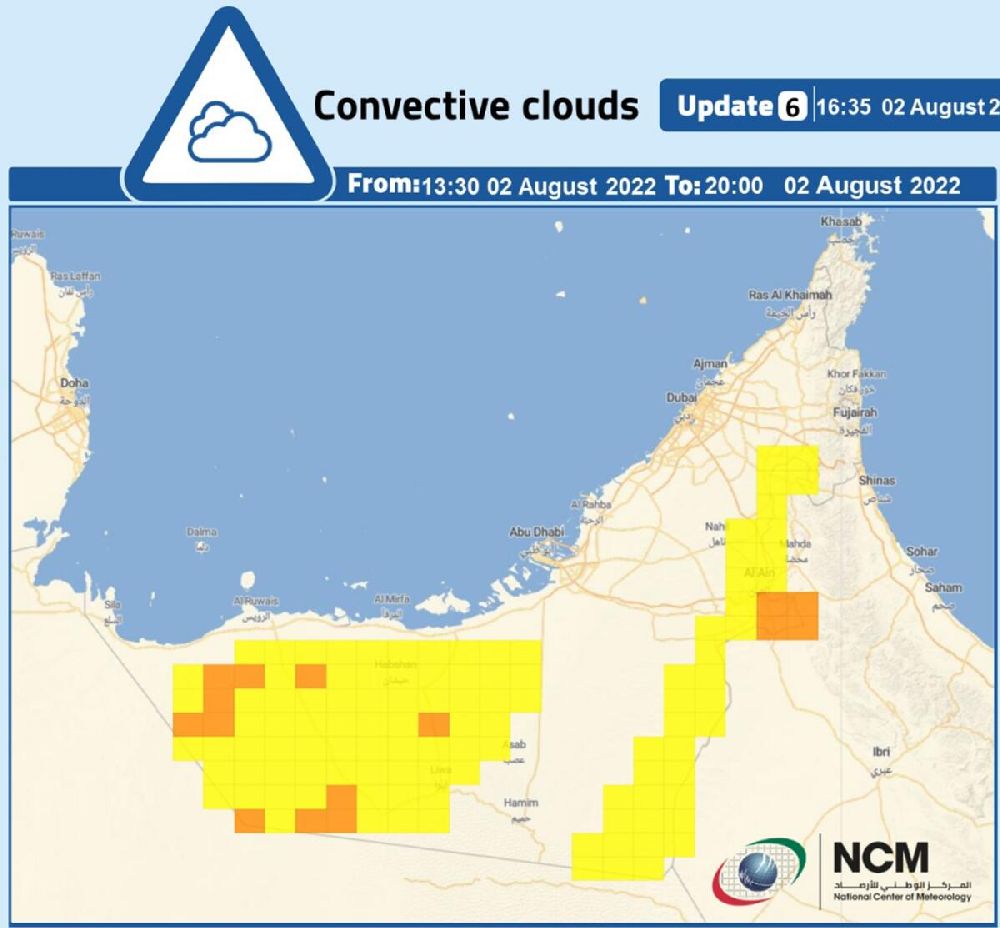 The weather forecast chances of convective clouds formation over some eastern areas extending over some internal and the southern regions, associated with rainfall and fresh winds and strong at times with a speed of 55 km/hr, causing blowing dust and sand.

Earlier in the day, Abu Dhabi Police called on drivers to be careful due to rains in some areas and weather conditions. The authority urged motorists to abide by the variable speed limits displayed on the electronic sign boards. Speed limits in the capital are automatically reduced to 80kmph on some roads during adverse weather conditions.