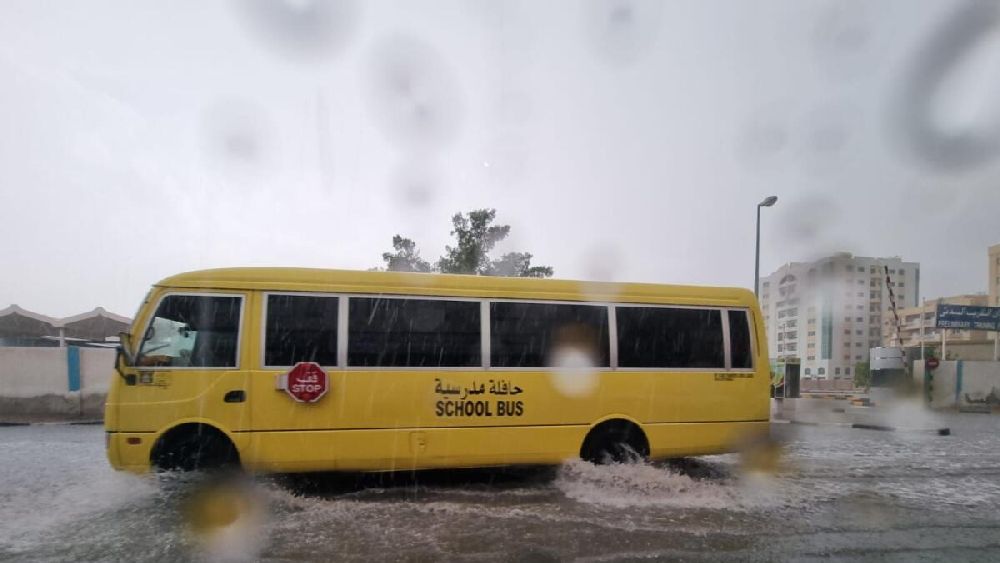 It’s raining cats and dogs — and UAE residents can barely contain themselves with what many have dubbed ‘the first rains of winter’. Several residents have been sharing videos of heavy rains lashing several key areas in Dubai – a phenomenon that is always welcome in the UAE, which is better known for its long summer months.

Khaleej Times received several reports of rains from Dubai World Trade Centre to Jumeirah and Karama – as well as the neighbouring emirates of Sharjah, Ajman, Abu Dhabi and Umm Al Quwain. Pedestrians could be seen walking with umbrellas, while others were content to just whip out their phones.

Excitement over the downpours has naturally spilled over onto social media as well, with several sharing ‘You know you’re in Dubai’ jokes and videos of children joyfully playing in the rain.

November marks the start of the rainy season in the UAE, and UAE President, His Highness Sheikh Mohamed bin Zayed Al Nahyan, had directed all mosques across the country to perform rain prayers on November 11.

The NCM also issued fresh orange alerts for Dubai and Ajman on Tuesday afternoon, warning residents to be on the alert as hazardous weather events are expected and advising them to stay away from areas of flash floods and landslides.

Over in Sharjah, some residents could be seen sheltering under a building as they waited for the downpour to pass.

Several videos also showed motorists navigating wet, flooded roads. Authorities in both Dubai and Abu Dhabi have issued advisories to drivers in light of the rains, warning them to exercise caution in order to prevent accidents.

“Ensure public safety in rainy weather by driving carefully and not exceeding the speed limit. Adhere to traffic lights at all times and don’t accelerate fast when they turn green to ensure vehicle stability,” said Dubai’s Roads and Transport Authority in a tweet.

Traffic is also reported to be slow moving in parts of the country on account of the rains (see video below). But it looks like this is one time residents may be less inclined to complain!

. The weather in the UAE will be fair to partly cloudy in general, according to the National Centre of Meteorology (NCM). It will be humid by night and Friday morning, with...

. The weather in the UAE will be partly cloudy in general, according to the National Centre of Meteorology (NCM). It will be humid by night and Thursday morning, with a probability...

. The weather in the UAE will be partly cloudy in general, according to the National Centre of Meteorology (NCM). Yellow and red alerts have been issued for fog as horizontal visibility...

. The day will be partly cloudy in general, the National Centre of Meteorology has said. Red and yellow fog alerts have been issued. A rough sea alert has also been put...