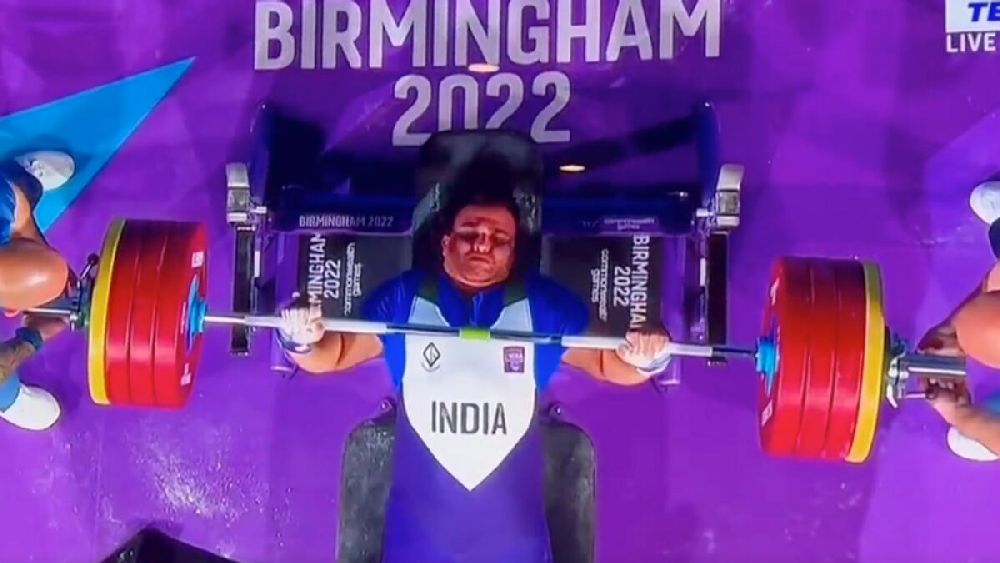 Para-powerlifter Sudhir clinched the gold medal in the Men’s Heavyweight final at the ongoing Commonwealth Games 2022 with the best weight of 212kg on Thursday.

Sudhir won India’s first gold in Para-Powerlifting at Commonwealth Games. He defeated Nigeria’s Ikechukwu Obichukwu (133.6 points) by 0.9 points as his final score read a Games record 134.5 points for the gold.

Sudhir started his event with a successful attempt of a 208kg lift without breaking a sweat, scoring 132.0 points. In his second attempt, he improved his last attempt and lifted 212kg successfully, scoring 134.5 points.

In the third and last attempt, he failed to lift 217kg but clinched the gold medal with 134.5 points.

Earlier in the day, Indian Para-Powerlifters failed to win a medal. Manpreet Kaur started with a successful lift of 87kg, scoring 88.6 points in her first attempt. In the second attempt, she lifted 88kg, scoring 89.6 points. In the last attempt, she failed to lift 90kg.

The pair finished just outside the podium places with totals of 89.6 Kg and 87.5 Kg. India’s Manpreet Kaur and Sakina Khatun finish 4th and 5th respectively.

In the men’s category, Parmjeet Kumar started his event with a failed attempt of a 165kg lift. The Indian lifter was again unsuccessful to lift 165kg. Even in his last attempt, he failed to lift, thus ending the event at the bottom of the table.

Indian table tennis stars Manika Batra and Sreeja Akula advanced to the quarterfinal of the women’s singles category, while wrestlers Deepak and Bajrang Punia’s made it to the men’s freestyle quarterfinal stage.