Watch: Mr. Tendulkar, could you assist me? Ex-West Indies cricketer appeals to Indian great for help 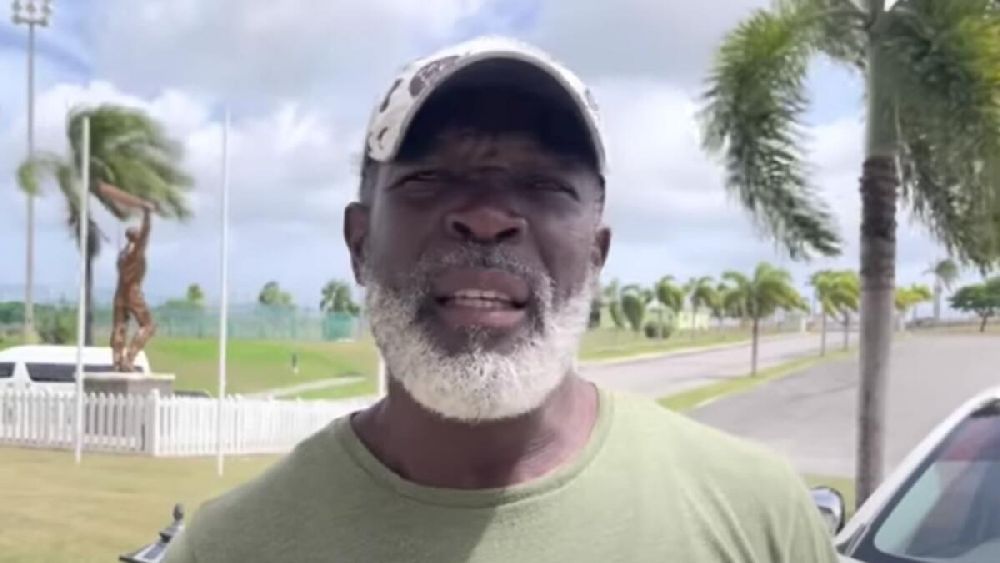 Former West Indies fast bowler Winston Benjamin is making massive efforts to improve the condition of the game in his country. Now, in a YouTube video, the cricketer has appealed to Indian legend like Sachin Tendulkar and others for help.

Benjamin is not looking for financial help. According to him, it could be anything that could help budding talent in his country hone their skills. The donations, he said, could come in the form of bats or any other cricket equipment.

The former Caribbean pacer was in conversation with Indian sports journalist Vimal Kumar, when he said: “Previously, we used to have a tournament in Sharjah where it used to be like a benefit game for players from different countries. I don’t want benefit. All I want is for somebody to say ‘here is some equipment’ – 10-15 bats, that is good enough for me. I don’t want $20,000. I just want some equipment so that I can give back to youngsters. That’s all I am asking.”

He further says: “Mr. Tendulkar… if you are in a position, could you assist me? Hit me up,” he says as he shares his phone number, asking the Indian great to get in touch with him.

“I would like to thank my good friend Mohammad Azharuddin. He sent me some equipment over. Azhar, congratulations! And thank you so much for that assistance. Stay in touch,” he adds.

Benjamin is a former Antiguan player. He has played 21 Tests and 85 One Day Internationals for the West Indies. He made his Test debut against India at Delhi during the 1987–88 tour. After retiring, he took up to coaching.

“Anyone else who wants to contribute, feel free,” Winston concludes.