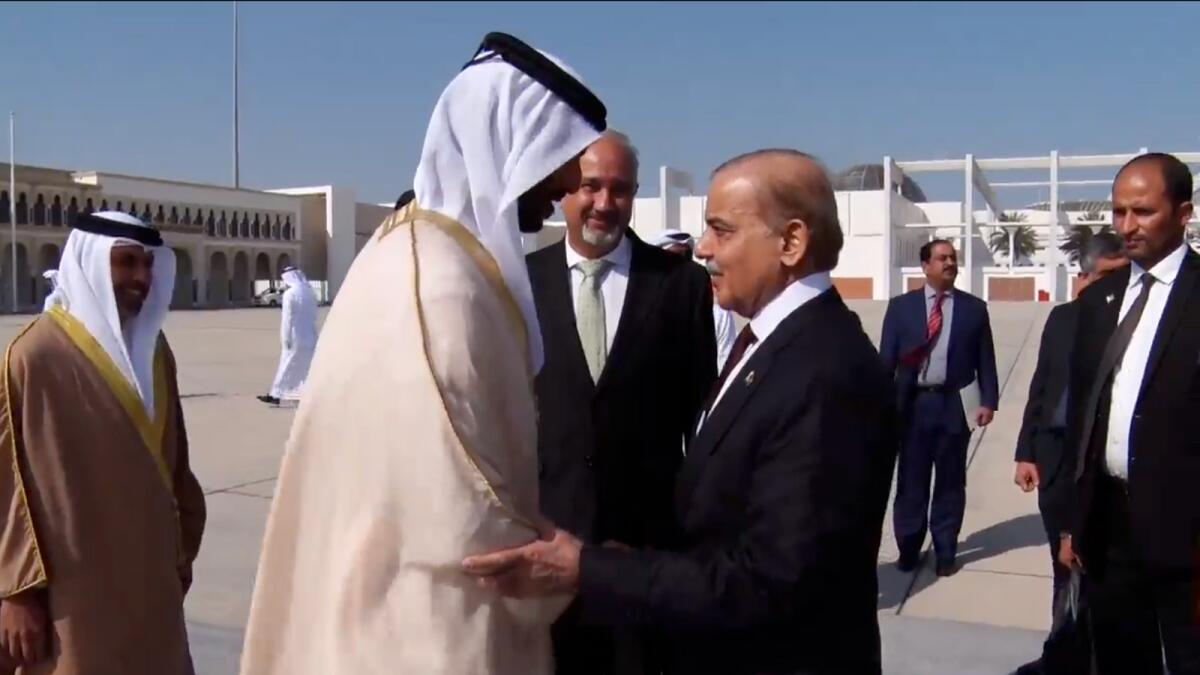 Pakistan Prime Minister Muhammad Shehbaz Sharif landed in Abu Dhabi on Thursday on a two-day visit to the UAE.

This would be Sharif’s third visit to the UAE after assuming office. He is accompanied by a high-level delegation, including key members of the Cabinet.

During the visit, Sharif will meet the senior government officials with a particular focus on advancing economic, trade and investment ties between the two countries.

The Pakistani prime minister will also hold meetings with Emirati businessmen and investors to discuss ways to enhance bilateral trade and investment.

The UAE is home to around 1.7 million Pakistanis who have been playing a pivotal role in the success story of the UAE, for the last five decades, contributing to the progress, prosperity and economic development of the two brotherly countries.