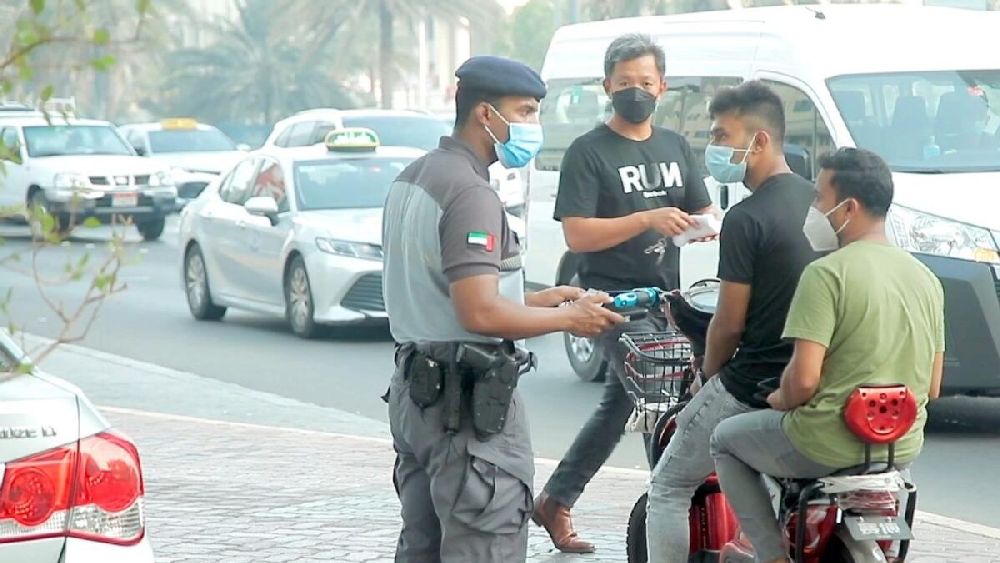 Authorities in Abu Dhabi have stepped up measures to crack down on e-scooter riders who violate traffic rules. A video released by the Abu Dhabi Police on Monday shows officers stopping e-scooter and cycle riders seen without helmets or reflective vests. Those using the scooters or cycles on the main road are also stopped, as seen in the video.

The police pointed out that bicycles, manual and e-scooters are permitted to be used in Abu Dhabi. In the video, the police are seen stopping e-scooters that have seats as they are banned in the Capital.

In a statement, the Abu Dhabi Police said they are coordinating with the Integrated Transport Centre (ITC) to boost traffic safety. The aim is to ensure safety of the riders and to protect pedestrians at various vital intersections across the UAE Capital.

Brigadier General Muhammad Dhahi Al Hamiri, director of the Traffic and Patrols Directorate in the Central Operations Sector stressed the importance of adhering to the necessary instructions and guidelines for the e-scooters on the roads to ensure safety and security.

Al Hamiri has urged riders of electric bikes to abide by rules including using the lanes dedicated to bicycles, and to wear safety and protective helmet at all time while riding bikes.

He noted that the regulations pertaining to the riding all kinds of electric bikes and bicycles clearly stipulate that a rider must wear a protective helmet and reflective clothing at night time, and they can only park their bikes in designated areas and not leave them anywhere where they could impede the movement of vehicles or pedestrians, and they must not chain them to traffic light posts or street lighting poles.

According to the new rules and regulations for bicycles and electric bikes which were issued in Abu Dhabi, cyclists and users of micromobility devices can only use the lanes and roads intended for bicycles. If there are none in the area they wish to cycle, they must use side-roads where the speed limit is usually 20 kilometres per hour, and they must stay on the far right-hand side of the road or sidewalks and pavements dedicated to the use of bicycles. 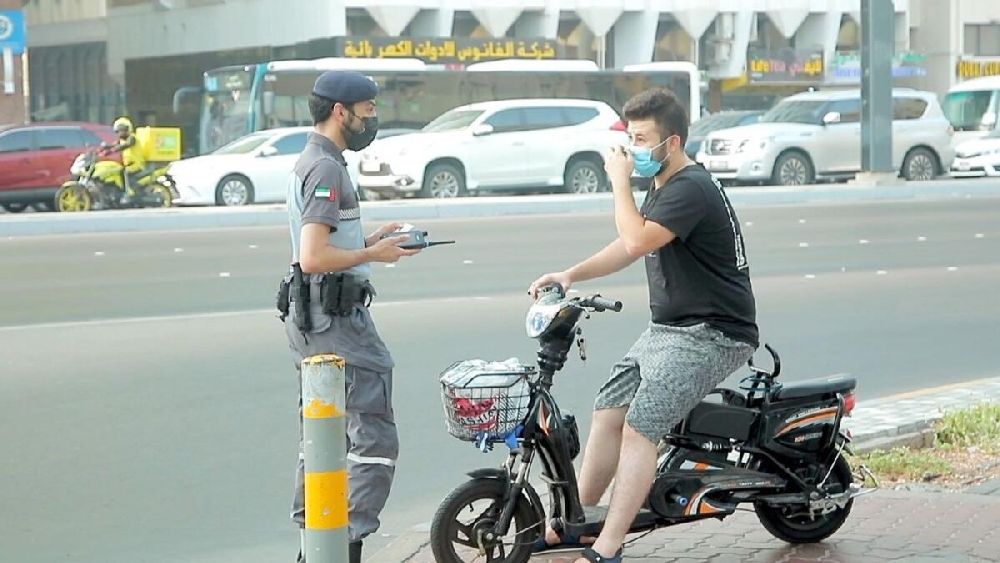 Bicycle safety instructions and procedures must be followed at all times, and any stunts that are dangerous or compromising to riders, pedestrians or any other road user must be completely avoided.

Traffic rules also state that bicycle riders must give priority to pedestrians and decrease their speed at intersections and crossroads, while keeping a safe distance between themselves, vehicles and pedestrians.