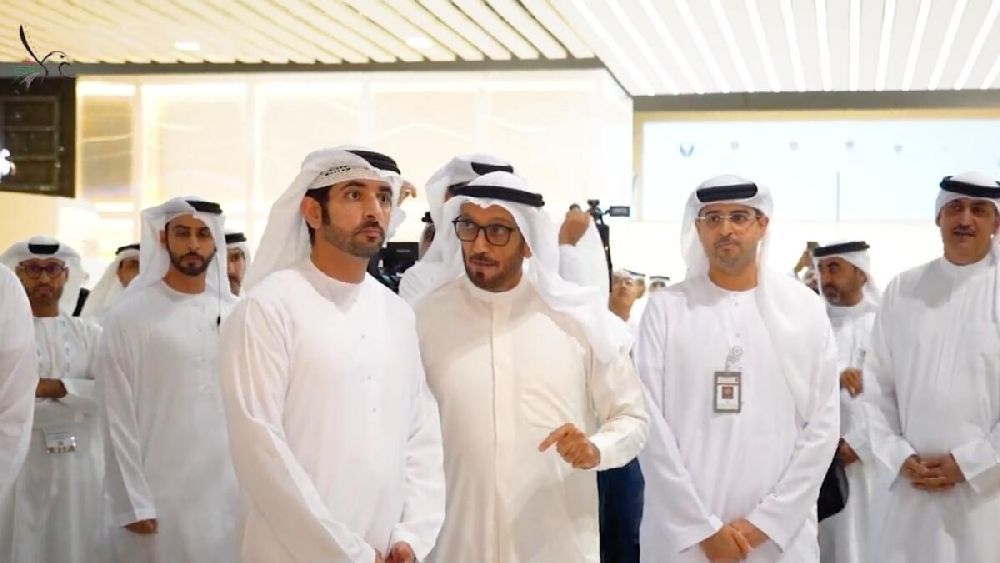 In a video shared by the emirate’s General Directorate of Residency and Foreigners Affairs (GDRFA) on Twitter, Sheikh Hamdan bin Mohammed bin Rashid Al Maktoum is seen exploring the authority’s booth. He was also briefed on new GDRFA technologies on display.

Sheikh Hamdan was accompanied by his brother Sheikh Maktoum bin Mohammed bin Rashid Al Maktoum, Deputy Ruler of Dubai, and Deputy Prime Minister and Minister of Finance of the UAE.

During its participation at Gitex, the GDRFA announced that it will soon provide all of its services through facial recognition.

Sheikh Maktoum also visited the Sharjah Government Pavilion at GITEX Global, where 10 government entities are showcasing 15 projects and initiatives at their pavilion.

This year’s Gitex — which kicked off on October 10 and closes today — took its thousands of visitors into the future, exhibiting cool technologies that range from flying cars to humanoid robots and gloves that can make you “feel” things in the digital world. Besides autonomous taxis and buses, it also showcased a driverless Cadillac that can take riders on a road trip across Dubai sceneries 20 years ago.