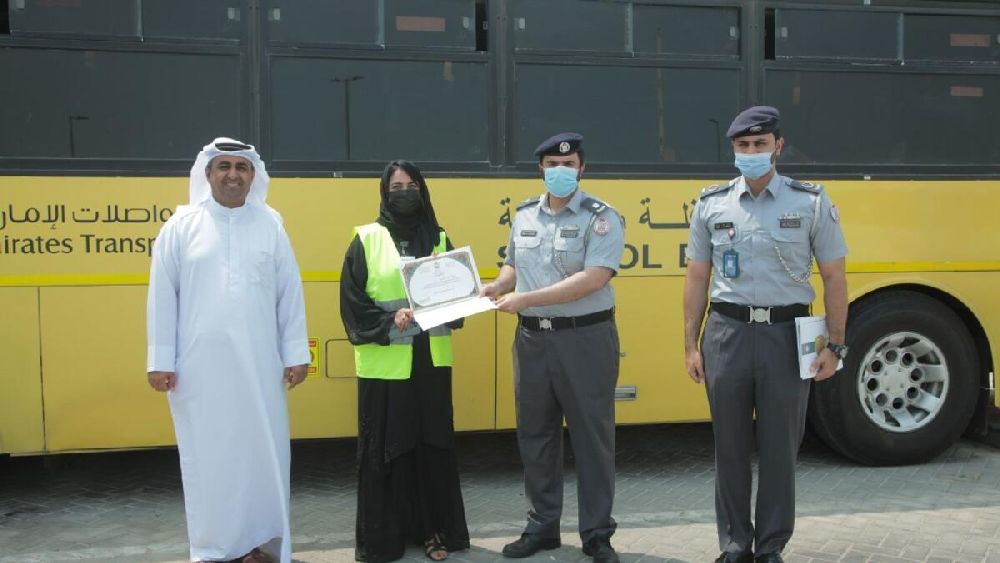 Abu Dhabi Police’s Happiness Patrol has handed out certificates and gifts to school bus drivers and supervisors as a gesture of appreciation for their commitment to traffic rules and regulations.

They recently surprised the school bus drivers and supervisors by honouring them and distributing the gifts to them, in cooperation with Emirates Transport, this coincided with the International Day of Charity Action, which is celebrated on September 5.

Brigadier General Muhammad Dhahi Al Hamiri, director of the Traffic and Patrols Directorate has urged drivers to abide by the traffic laws and to drive within the speed limits as they transport pupils.

He stressed that police will not tolerate reckless bus drivers who put their lives and the lives of other road users in danger.

The Happiness Patrol took part in honouring school bus drivers who adhered to traffic rules and regulations, and distributed gifts to them as part of its efforts to spread positivity and within the framework of the Abu Dhabi Police’s interest in adopting the best and finest systems and mechanisms to spread and enhance traffic culture among various segments of society, in order to enhance road safety to protect lives.

Abu Dhabi authorities have always urged school bus supervisors and drivers to always take good care of children as they board or get off the bus to ensure their safety. 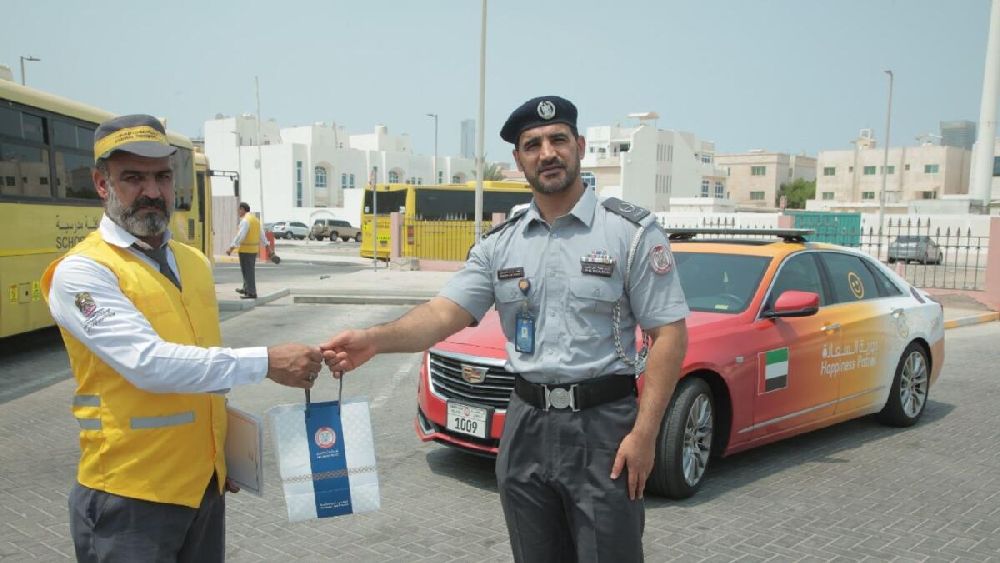 Traffic officers also told bus supervisors to hand the kids over to parents or guardians waiting for them at home after they get off the bus.

“Supervisors should take care of the children, help them cross the streets and ensure that they hand them over to parents or people waiting for them at their homes for their safety,” police said earlier.

The supervisors must also ensure that pupils board or get off the bus before it starts moving.

Drivers are urged to refrain from using mobile phones while driving and to always wear seat belts.

School bus drivers are also required to display the ‘stop’ signs on the buses while picking up or dropping off students. The penalty for not displaying the ‘stop’ sign is Dh500 and six black points.