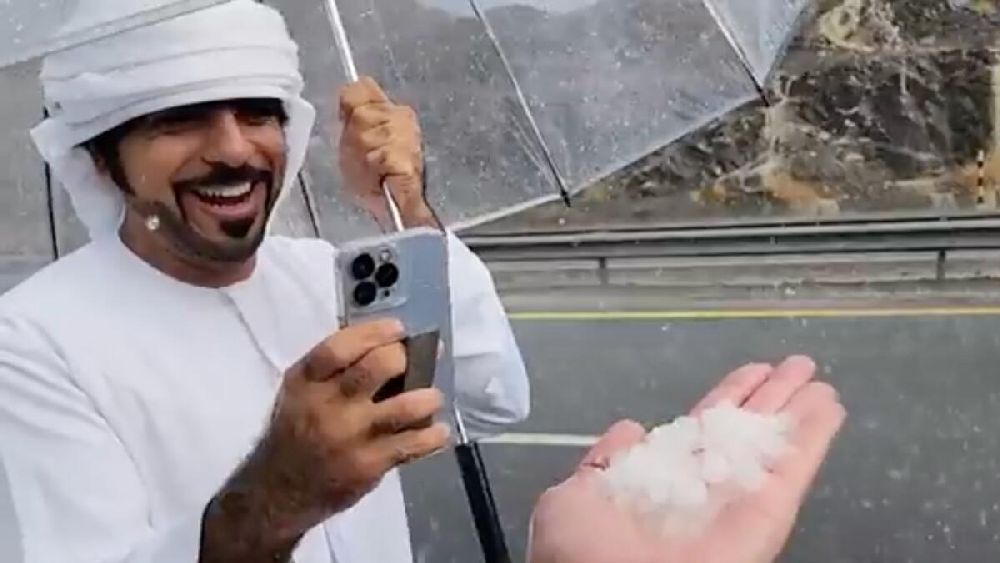 The National Centre of Meteorology (NCM) has reported heavy rain with hail over Maidaq (Fujairah) and Masafi – Thouban road.

The NCM forecast on Tuesday that the weather ahead would be fair in general and partly cloudy at times. According to the report, low clouds were expected to appear over the east coast in the morning, with rainy convective clouds predicted to form eastward by afternoon.

A video posted to the Storm Centre’s Twitter handle shows two men gleefully collecting piles of ice in their hands. The men appear to have stopped their car on the side of the road to catch the stones, and can be seen exclaiming with joy as they place the ice on the car dashboard and film the rare weather.

Another video on the official NCM Twitter handle shows cars splashing through a barrage of pouring rain and hailstones as they drive through a mountainous area. Loud cracks can be heard as the hailstones scatter and bounce along the road.

The NCM has issued yellow, orange and red alerts in the region.

While a yellow alert warns residents to be on the lookout if they participate in outdoor activities, red alerts warn people to be extremely vigilant as hazardous weather events of ‘exceptional severity’ are predicted.