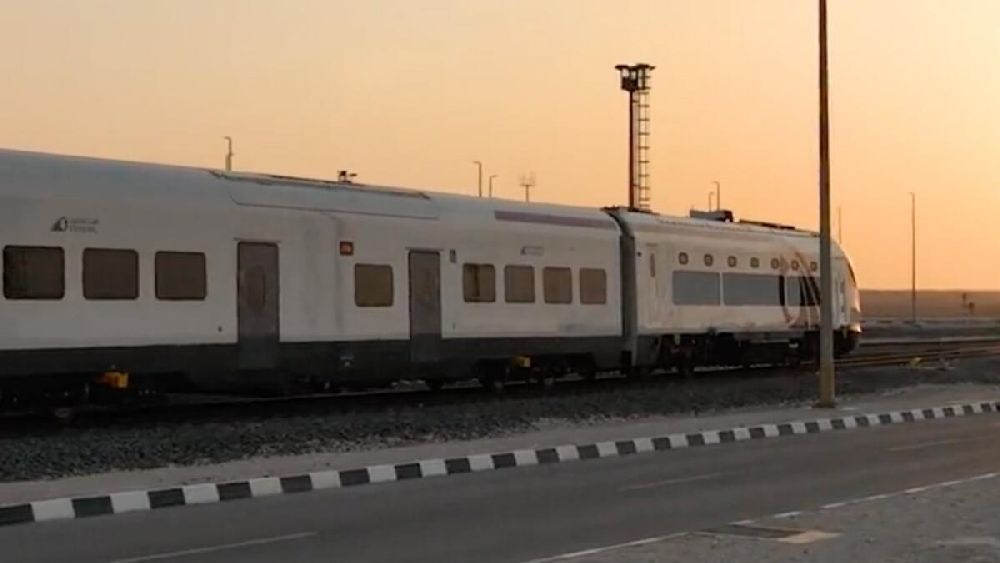 The UAE recently got a glimpse into how its residents and tourists will commute in a few years from now. During the epic National Day celebrations in Abu Dhabi, the first prototype of the Etihad Rail passenger train rolled in, as the audience — that included Their Highnesses the UAE President, Vice-President and Rulers of the Emirates — waved and cheered.

The rail operator took to Twitter on Monday to highlight the team’s pride in being part of the epic show. It shared a video, showing a train moving on a railway track:

“It is a privilege for Etihad Rail to serve the nation, and we were honoured to be showcased in UAE’s National Day celebrations. This national showcase provided the perfect opportunity to give the UAE public a glimpse of the future, unveiling our first prototype passenger train,” Etihad Rail posted.

The National Day show in Abu Dhabi had an actual train wagon with passengers and engine roll on to the stage.

Etihad Rail’s passenger services will connect 11 cities in the UAE. With top speeds of 200kmph, passengers can travel from Abu Dhabi to Dubai in 50 minutes, and from Abu Dhabi to Fujairah in 100. The trains are expected to reduce commute times by up to 40 per cent.

By 2030, the number of passengers is expected to reach more than 36.5 million annually.

The trains will be equipped with modern amenities, including infotainment systems, charging stations, and more, along with food, beverages, and ample legroom. It will also have an advanced air-conditioning system. Seating segments include first, business, and economy classes.