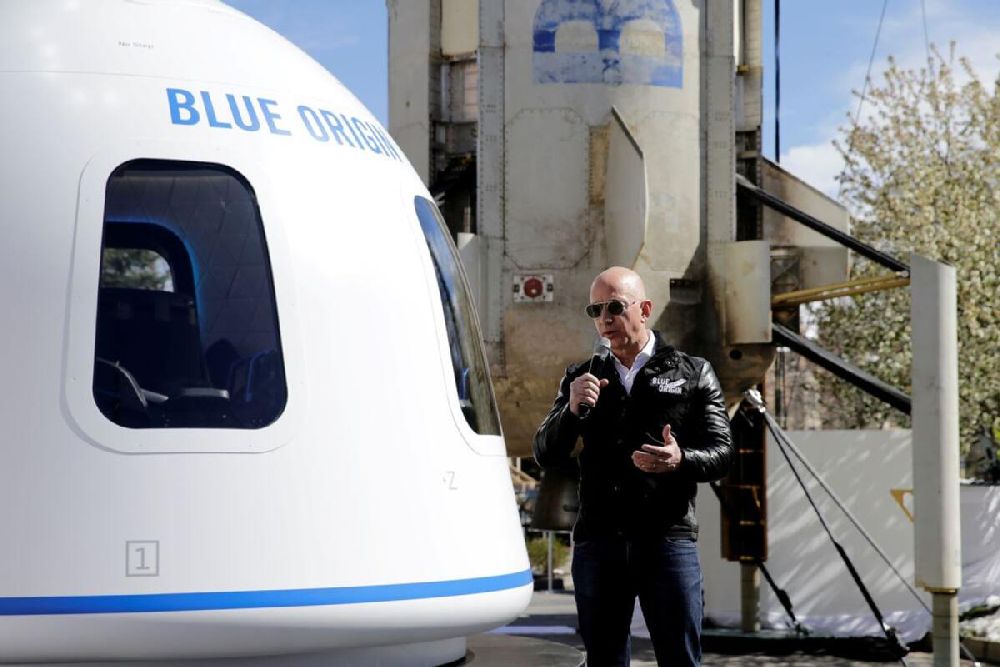 An uncrewed Blue Origin rocket carrying research payloads crashed shortly after lift-off from Texas on Monday, but the capsule carrying experiments escaped and floated safely back to Earth.

The incident marked a setback for Amazon founder and executive chair Jeff Bezos’ company, as well as the space tourism sector, though observers were encouraged by the fact that had people been aboard, they probably would have survived.

Blue Origin tweeted a short video clip showing the moment when the capsule fired emergency thrusters to separate itself from its booster rocket early, around a minute after launching from the company’s base in west Texas.

“Booster failure on today’s uncrewed flight. Escape system performed as designed,” Blue said on its website, noting the rocket “impacted the ground” instead of landing upright as it normally does.

The New Shepard suborbital rockets have been grounded pending an investigation, the Federal Aviation Administration (FAA) said, which is standard procedure.

“The capsule landed safely and the booster impacted within the designated hazard area. No injuries or public property damage have been reported,” the FAA added.

It was the 23rd mission for the New Shepard rocket program, named after the first American in space, and the first to end in failure. 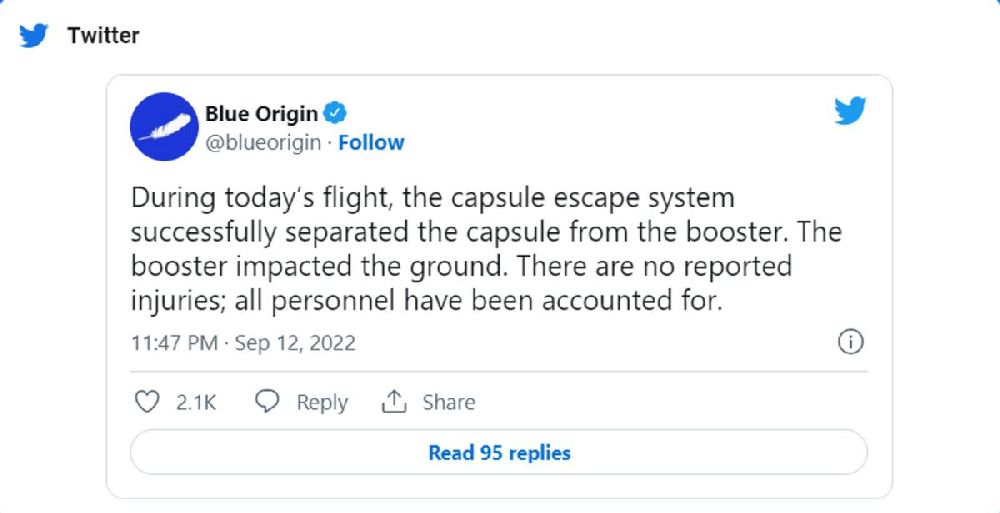 NS-23, which had 36 experiments on board, was first set to launch in late August, but was delayed due to inclement weather.

The anomaly occurred as the rocket was climbing at 1,126km/h at an altitude of about 28,000 feet (8,500m). The rocket appeared to stall as it experienced the technical issue.

The capsule then initiated its escape sequence and outsped the booster, which it engulfed in bright yellow flames.

The incident marks a setback for both Blue Origin and the nascent space tourism industry.

However, billionaire entrepreneur Jareed Isaacman, who chartered a private space mission with SpaceX last year, tweeted that it looked like “the launch escape system worked well.”

“With so many launches, so many vehicles, engines and boosters in development across the industry, it should not be that surprising to see events like this,” Isaacman added.

In all, it has flown 32 people — some as paying customers, and others as guests. Notable passengers include founder Bezos and Star Trek icon William Shatner.

Passengers experience a few minutes’ weightlessness, and observe the curve of the Earth before the capsule re-enters the atmosphere and floats down for a gentle desert landing.

Other companies offering tourism experiences include Virgin Galactic, which hasn’t flown since carrying its founder Richard Branson to the edge of space in July 2021.