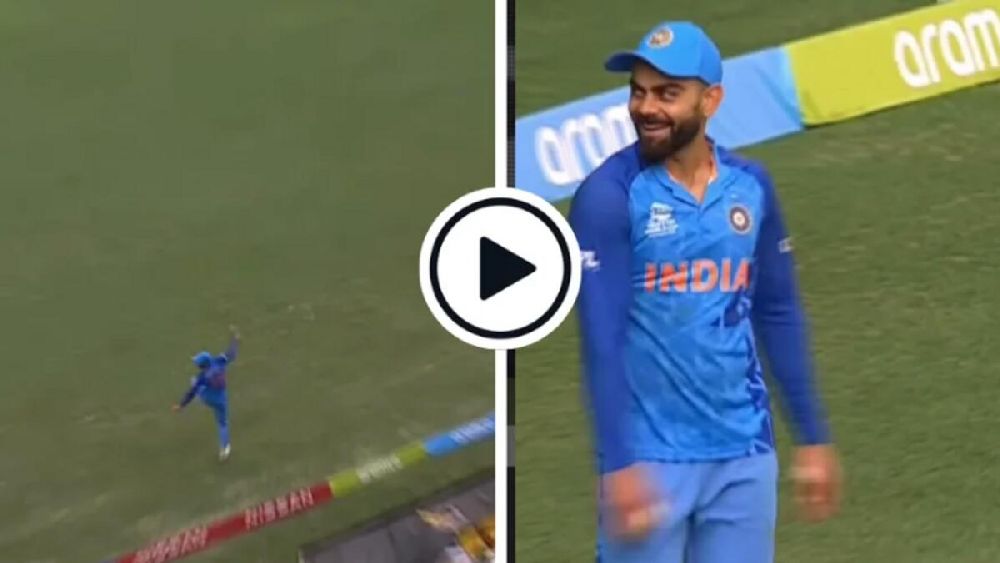 Indian superstar Virat Kohli has broken the internet with a stunning catch during the team’s thrilling six-run win over hosts Australia in a T20 World Cup warm-up game on Monday.

The hero of the match was Indian pace bowler Mohammed Shami, who bowled a brilliant last over in which Australia lost four wickets, one of which was a run-out.

Australia, chasing 187, lost the match by six runs as India clinched a morale-boosting win ahead of their T20 World Cup opening game against arch-rivals Pakistan on Sunday.

While Shami took all the plaudits for sparking an incredible collapse from Australia, who needed only 16 runs from 12 balls with six wickets in hand, it was Kohli’s brilliant piece of work in the boundary that has taken the internet by storm.

Kohli’s contribution in the match until then was a regulation catch to dismiss Marcus Stoinis and the 19 runs that he scored with the bat.

The former India captain also ran out Tim David with a brilliant throw in the penultimate over.

But it was in the dramatic last over from Shami that Kohli truly left his mark.

A full ball from Shami was lofted by Pat Cummins towards the long-on boundary. The ball was sailing high and it looked set to clear the boundary only for Kohli to jump high and complete a stunning one-handed catch, while managing to keep his balance and feet inside the ropes.

There were no wild celebrations from Kohli as he just smiled after the sending Cummins back to the pavilion with brilliant athleticism.

It was the first of the four wickets to have fallen in the final over as India won against all odds.