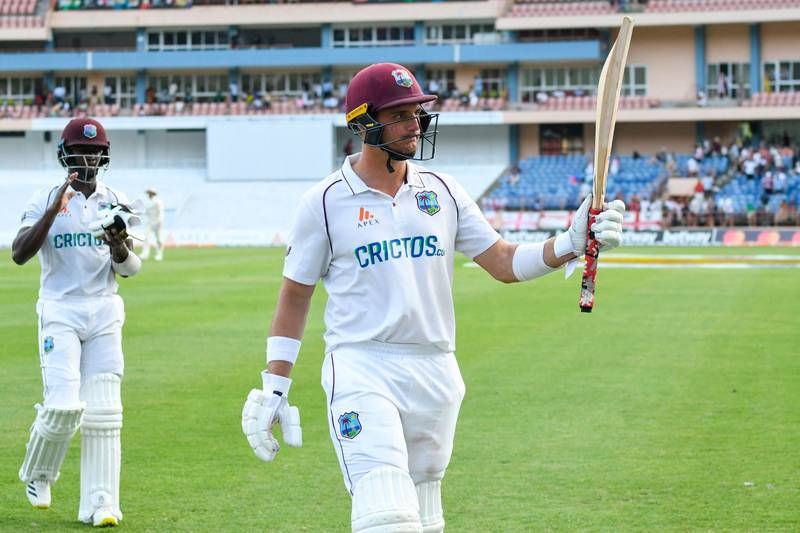 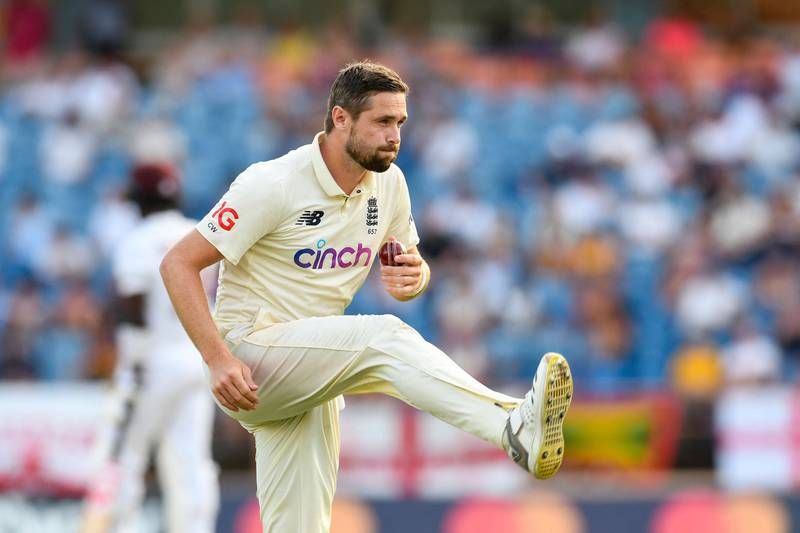 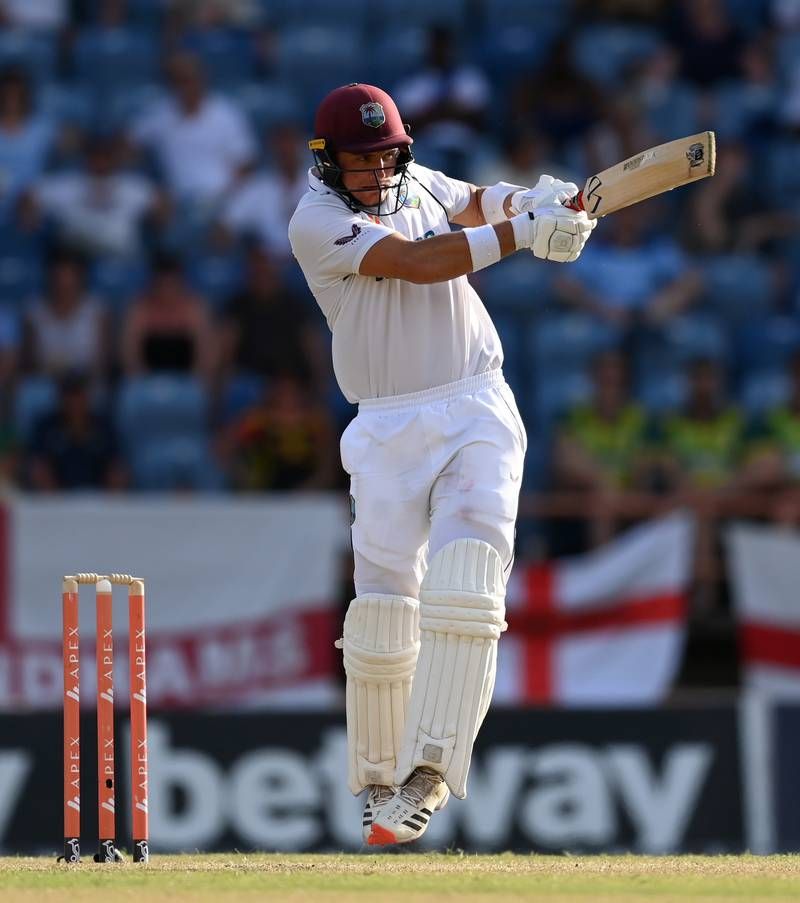 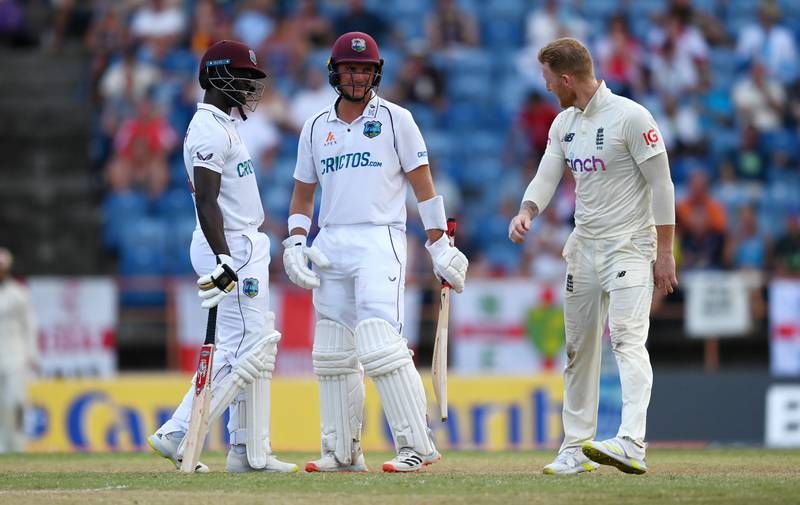 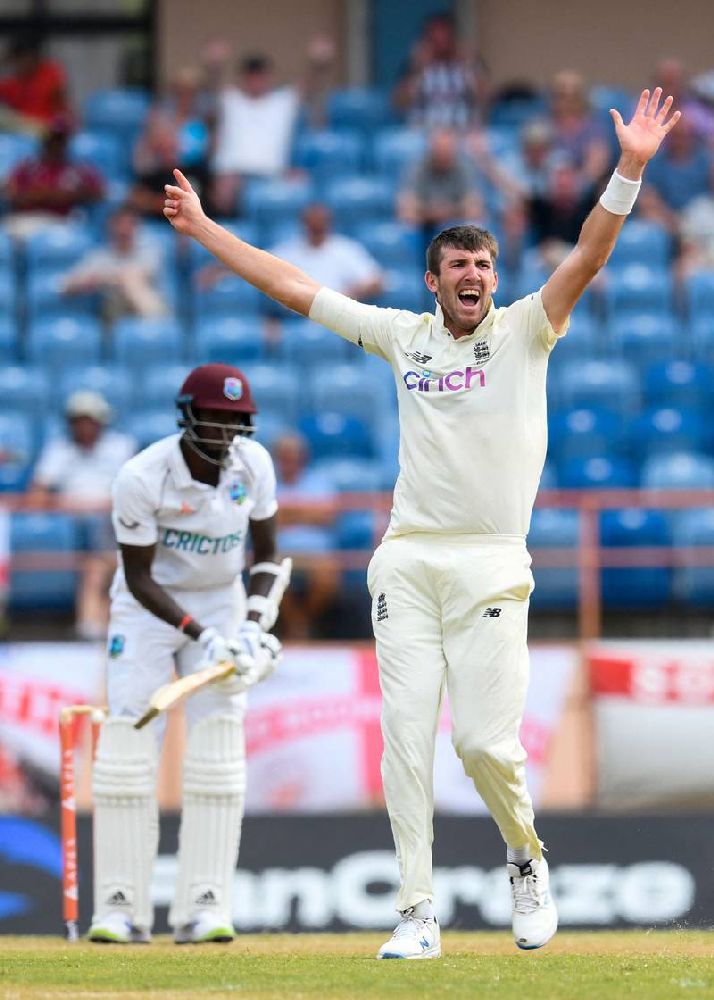 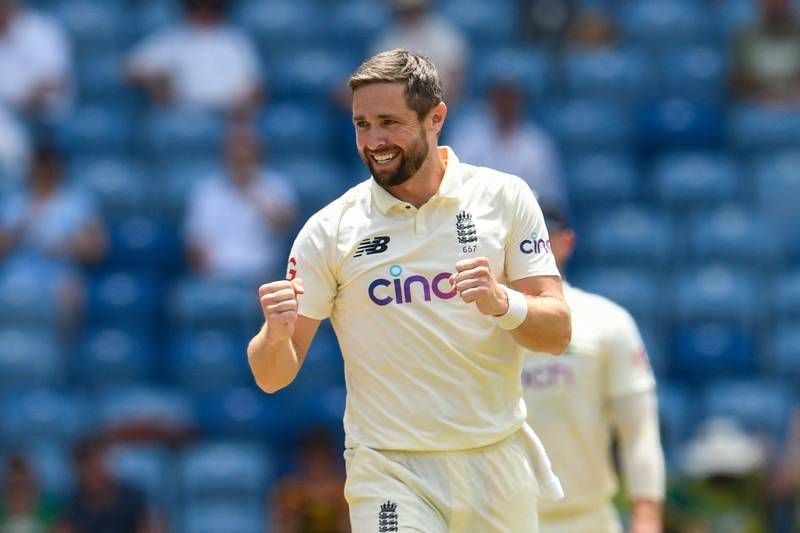 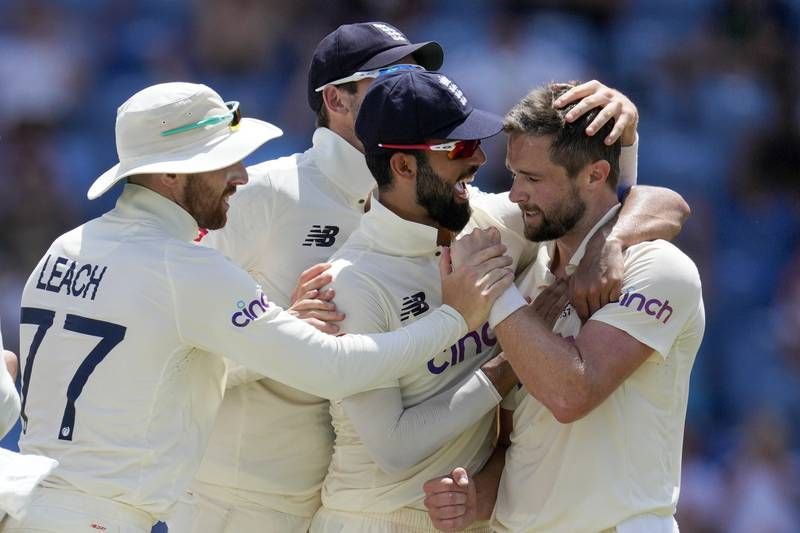 Joshua de Silva, right, and Kemar Roach of the West Indies walk off the field at the end of the second day of the third and final Test against and England in Grenada on Friday. AFP

West Indies followed the same path as England to gain a slender 28-run lead on the second day of the third and final Test in Grenada.

A flurry of late boundaries pushed West Indies to 232-8 at stumps following an unbroken 55-run partnership between Joshua Da Silva (54) and Kemar Roach (25) that came after a 49-run stand between Da Silva and Alzarri Joseph (28). 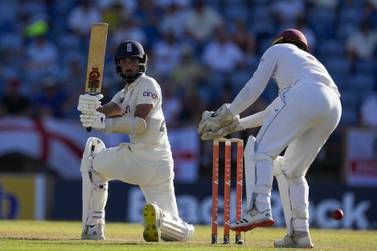 While not nearly as dramatic as the last-wicket stand of 90 between Saqib Mahmood and Jack Leach on day one which rescued the visitors from 114-9 to 204, the West Indian version of tail-end resistance saw 137 runs added for the loss of two wickets.

Da Silva batted patiently, bringing up his half-century in 144 balls by flicking Craig Overton to the mid-wicket boundary.

Both teams have taken wickets in heaps with the new ball, but have struggled once the ball has become soft.

“The wicket as we saw today goes through periods of doing a bit but then when it doesn’t you can score runs,” said England opening bowler Chris Woakes, who overcame a poor start to pick up 3-48.

The shot that brought up his 4th Test half century! What an innings from Joshua Da Silva! #WIvENG pic.twitter.com/EPt7u4ahqY

“Still had moments where it showed a bit of variable bounce. I think it played better as the ball got softer.”

“My home form hasn’t been very good so it was especially pleasing to get runs in from of home support,” said de Silva.

“I have complete faith in the guys in the lower-order and they even outshone me this evening. We’ll be looking to extend it as far as we can tomorrow because Jayden [Seales] can bat as well and we want to have some runs to work with in the second innings.”

Earlier, England recovered from some poor early bowling, picking up six wickets for 45 after finally breaking a 50-run opening partnership between Kraigg Brathwaite and John Campbell.

Stokes, Saqib Mahmood and Overton took a wicket each before lunch as England sent Brathwaite, Shamarh Brooks and Campbell back to the pavilion quickly.

Brathwaite (17) and Brooks (13) were both plumb lbw to balls that kept low, neither even bothering to review, while Campbell was well caught by wicketkeeper Ben Foakes for 35.

Overton had previously struck Campbell in the helmet twice with successive balls, dismissing him shortly afterwards.

The turnaround followed an inauspicious start to the innings by Woakes and Overton, who wasted the new ball by bowling too wide, allowing Brathwaite and the more attacking Campbell to leave the ball alone with regularity.

Brathwaite, who made a painstakingly slow but effective 160 in the second Test, took 14 balls to get off the mark